When we gave Chantal Braganza's piece on Montreal guitarist Nelson Symonds the headline "When Canadian Jazz was Good," we hoped to attract some attention—but we didn't expect quite so much criticism. First, journalist Jenn Hardy took issue with Braganza's assertion that “Symonds stayed, but it was jazz that left the city.” Hardy’s critique was picked up by the Ottawa Citizen, which, in addition to misspelling this magazine’s name, wrote, “Yearning for what what [sic] [Greg] Clayton calls ‘the bad ol' days’ is a false or at least unhelpful nostalgia.” Finally, even Canadian Magazines’ D.B. Scott weighed in on the issue. Controversy entrepreneurs? That’s us.

In any event, though, we’re happy to report that Braganza and Hardy have laid down their weapons. They met for this first time this weekend at MagNet (see photo below) and made nice. Says Braganza of Hardy: “She’s great!” Looks like this flame war has ended with a uniquely Canadian kiss-and-make-up sesh, though God knows what kind of ire we’ll face when our Summer issue hits stands… 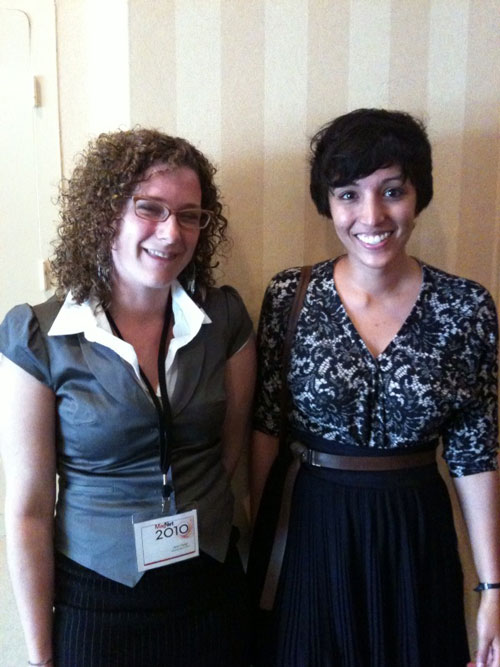