Having spent years working in communications for international development projects, Christine Prefontaine had long suspected that there was more to be gained than lost from sharing ideas, or even from having them stolen. Not only did sharing seem to solve problems more quickly, but it also raised the profile of the idea’s originator. And it wasn’t ideas that ensured success, she reasoned, but the ability to come up with them—something nobody could steal.

After more than a decade working in the U.S. and pondering how open-source technologies and other forms of “open culture” might affect community, research, and personal success, Prefontaine returned to Montreal last year to find many of her thoughts had become established practice. Volunteers were making free internet increasingly available, freelance workers were sharing space and collaborating, and a local project called LibriVox had created the largest audio-library in the world, entirely drawn from the public domain and available for free.

Without missing a beat, Prefontaine launched a project of her own, Artefatica, which will publish openly-licensed books that anyone can take or use. What are such experiments in open culture accomplishing? 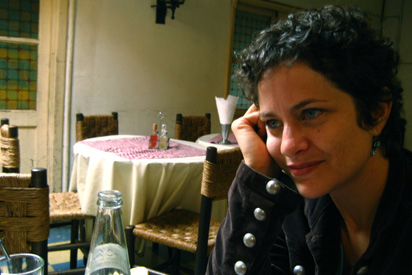 Sarah Colgrove: Why create books that will go directly into the public domain where they can be copied?

Christine Prefontaine: Remix has been done for songs and video and multimedia, and Artefatica aims to enable it with books. We want to create books with very open licenses—either with public domain or a Creative Commons attribution-sharealike license, where you have to cite what you take and allow others to do the same with your work. This could create a kind of chain where people can collaborate and add to each other’s creations over time. It allows us to come together around ideas and issues.

I’m testing out whether we can make money creating books that people can take and republish, and my hunch is yes, since we will be selling signed and numbered versions of a work of art in book form. The other thing I’m testing is how to use the Creative Commons license. There are many contributors to our first book, and I’m trying to tell them all what it means to license their content so that other people can take it and use it themselves. How do I attribute it? Their name? The book’s name? What does the person who takes it and uses it say? What about the person ten years down the line? Actually creating objects with this new licensing structure is complicated.

SC: Were you inspired by the success of the Montreal project LibriVox?

CP: I’m not a member of that community, but to me it’s a really successful and fascinating example of how one person picks up on other people’s ideas, adds their own spin, and quickly a community builds to contribute to the public good.

Basically, LibriVox takes items out of the Gutenberg project—which is putting all public domain work onto the internet—and gets people together to make mp3 files out of them. They’ve been wildly successful: it’s the largest audio library in the world, with audio-books available in many languages. All these books are now accessible for the blind, and for people in their cars on long commutes, and they’re free.

SC: You’re also a member of Station C, a co-working space. How has it impacted your work?

CP: The concept of Artefatica was developed with other members of Station C. We are a bunch of freelancers or people with full-time jobs who can work remotely. It’s not a non-profit, although our aim is just to be self-sustaining. Working in the same space allows people to share clients and resources if they want to. All the work I’m doing now has come to me through Station C.

We all work independently but close together, no cubicles, no hierarchy. What happens is that we end up sharing ideas and advice with one another. Even people who are competitors working in the same field can end up collaborating because one person can only handle so many projects. Also, we can come together to bid on a large project like an agency would. So you can be a small independent worker but quickly pull together an ad-hoc team of really high quality people.

Since there’s no bureaucracy, you don’t have to work with someone again if you don’t like the quality of their work. Everyone has to be very good at what they do, because if you can’t pay for your desk you have to leave. There’s a certain insecurity to that, but perhaps that’s not accurate: in this economic climate, Station C members are thriving while many large organizations are unloading people.

Pick up Issue 33 of Maisonneuve for Chris LaVigne's article on the coming revolution of open-source democracy.