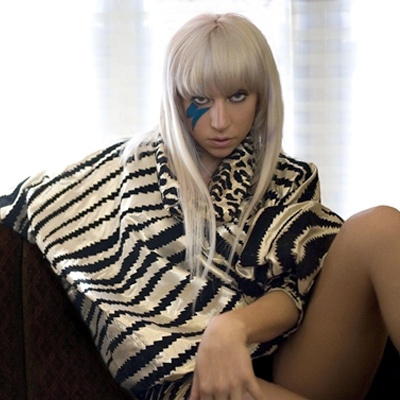 A few months ago I got into a debate with a couple of friends over Lady Gaga. We listened to some songs. We watched the videos for “Bad Romance” and “Paparazzi,” then watched them again. “Don’t you see how avant-garde this is?” a friend asked. Or, later, “Don’t you think she gives us a more complicated view of female sexuality than other pop stars do?” I hung my head in despair.

Since the 2008 release of her debut album The Fame, Gaga has increasingly been showered with this type of praise from critics and supporters. She is called a visionary performance artist and compared to Andy Warhol; her music videos are hailed as ironic, intelligent critiques of gender conceptions, consumerism and celebrity.

But as far as I’m concerned, what Lady Gaga does is neither avant-garde nor particularly smart. (It’s clear that she herself disagrees, calling her “Telephone” video “groundbreaking,” for instance.) Musically, Gaga gives us the same vapid stuff pop stars have been churning out for years. And few notice that Gaga’s so-called “critiques” are staged through music videos that—like Britney’s or Christina’s before her—feature a platinum-blonde, airbrushed, scantily-clad star and a wealth of product placements. Yes, there’s a dose of the bizarre mixed in, perhaps to distract the audience from the fact that they’re seeing the same old thing. But Gaga claims to challenge celebrity culture while simultaneously revelling in her current ubiquity. This doesn’t make it any easier to believe that her persona is more than superficial: rooted in a desire to get more attention and sell more records and be more famous than anyone else.

That the twenty-four-year-old NYU dropout has managed to use nothing more than smoke and mirrors—and a huge amount of money—to convince much of the Western world that she’s doing something new and different is one of the more distressing realities to emerge from the pop music world of late. There’s no question that a lot of people think Gaga is the real deal. Time magazine recently named her to their “100 Most Influential People in the World” list. The editors of the well-known blog Feministing can’t get enough of her. And Meghan Vicks, a doctoral student in Comparative Literature, recently started a blog-slash-online journal called Gaga Stigmata, which publishes scholarly writing on Lady Gaga (most recent entry: “Rah, Rah, Ah-Ah-Ah (Ro-Ma, Ro-Ma-Ma): Lady Gaga, Hysteria, Commodity Feminism”). Why do we buy into this?

It’s not the fact that Lady Gaga has become a successful musician that pisses me off—if this was just about the meteoric rise of another pop star, I still wouldn’t like Gaga, but I wouldn’t hate her either. The difference is that, in this case, more is at stake. Gaga takes everything she touches—weirdness, feminism, being queer—and makes a carnival-esque spectacle of it. So rather than bringing the marginalized into mainstream acceptance, she draws attention to—maybe even reinforces—otherness. Instead of opening doors for independent women, for instance, Gaga setting a man alight and then reclining smugly next to his charred corpse (as in the video for “Bad Romance”) just strengthens our polarized vision of women as either meek or domineering, with nothing in between. That she does all this simply to cause a stir and sell records—convincing person after person that by consuming her cultural products they’re taking part in some novel, enlightened phenomenon—is maddening.

Part of why I dislike Gaga so much is because she has short-changed me. I want nothing more than a young, progressive star who’s going to use pop music to engage with society; who’s going to say, “No, I’m not going to get naked on the cover of GQ”; who’s going to fight back against the destructive superficiality of celebrity culture instead of urging audiences to “take my picture.” I’m still waiting for this person, but everyone else thinks they’ve found her in Lady Gaga. God help us if, in the annals of counter-culture pop stars, Gaga turns out to be the end of the line.

Amelia Schonbek is a Maisonneuve intern.