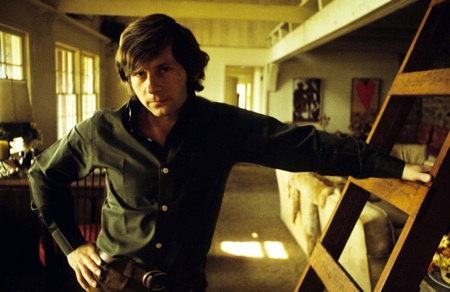 In yesterday’s blog post The Troubling Case of Roman Polanski, Steven W. Beattie called Roman Polanski “criminally, if not morally culpable” for drugging and sodomizing a 13-year-old girl. Then he asks other writers to empathize, not with his victim, but with Polanski himself.

Let’s be clear. This is not only a case of unlawful sex. This is about a particular category of unlawful sex: rape. The rape was pled down to unlawful sex with a minor in court, which is not unusual, but we cannot plead down reality, as Beattie seems willing to do.

The most offensive portion of Beattie’s defense of Polanski is his preoccupation with whether Polanski’s 13-year-old victim was a child. Beattie says she was not, in disagreement with Kate Harding, the Merriam-Webster dictionary, and the American legal system. A 13-year-old is not an adult, and to argue otherwise in order to make Polanski’s crime understandable goes beyond empathy and into justification.

Beattie claims to be convinced by Polanski’s assertion that he didn’t know his victim was 13. This, I think, requires some deliberate suspension of disbelief. Maybe across a room a 13-year-old could be taken for full-grown, but I don’t believe a man could sit in a hot tub and look at the nearly naked body of a 13 year-old and mistake her for 18 or even 16 –- then the age of consent. Remember that this incident was part of a pattern, that shortly afterwards Polanski began dating 15 year-old Natasha Kinski. He clearly had an interest in very young women, a fact about which he was unapologetic. “Everyone wants to fuck young girls,” Polanski told Martin Amis in an interview the year after he fled the US.

It’s hard to fathom Beattie’s focus on the victim’s age in any case, when he leaves aside the more important issue of consent. Samantha Geimer, Polanski’s victim, did not give consent, and rape is about consent. Age is only relevant to Polanski’s culpability if we believe that past a certain age, women cannot be raped because their consent is meaningless or implied.

This would not be a public discussion of rape if somebody hadn’t wafted a phrase like “calculating and morally unkempt” at the victim. Beattie doesn’t go so far as to accuse Geimer of lying, instead he employs this phrase to imply that some teenagers are not only adult in their affect, they’re also devoid of innocence.

As evidence, Beattie links to a story about the sentencing of Melissa Todorovic –- a teenager who was recently convicted of egging her boyfriend on until he murdered one of her classmates. Todorovic, aged 17, was tried as an adult, and Beattie presumably offers her as an example of the sort of thing morally unkempt teens are capable of. The case is alluded to seemingly with the sole intention of smearing Geimer with the misdeeds of other females roughly in her age group. But no real comparison can be drawn between the two girls, because one was 17 and convicted of murder, and the other was a 13 year-old victim of rape. It is shameful that Beattie even attempts such a maneuver.

Finally, let’s turn to Beattie’s call for artistic empathy. If I were going to make a film about a director who raped a 13-year-old child, I might choose to make that character at least a little sympathetic for the sake of audiences’ enjoyment of the film. But not every fictional rapist is sympathetic, and the vast majority of rapists are not fictional.

Writers create characters, and make them sympathetic, but every monster who walks the earth is not by extension a sympathetic character. Polanski is a real person, his victim is real, and his crime was real. We get that, right? Have tabloids and reality television so blurred the lines between fact and fiction that we have to pretend Polanski is sympathetic because that’s how it always goes in the movies?

Even if we choose to muster empathy for Polanski, it isn’t clear what we should do with it, except perhaps write more articles that ask us to comprehend rape, reminding powerful men that they can do anything they please.

Beattie’s description of Polanski as “a flawed, scarred, imperfect human being” borders on heroic. But heroes overcome their weaknesses instead of merely succumbing to them and then refusing to take responsibility. There is nothing inherently noble or sympathetic in being flawed, or even in being human. Polanski raped a child, and to hide from that fact as he has tried to do for the past 32 years is to pretend that there exists some excuse for doing so.