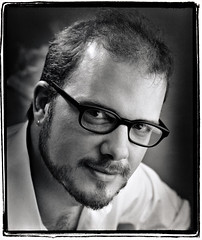 Earlier in the week, I jotted down some quick reactions to the Brad Cran/VANOC fall-out. All the background story you’re going to need to know what I’m talking about can be found here and here. I wouldn’t say that I want to apologize or retract any part of that quick hitter, but I do want to dismantle and reassemble a couple of the points I made therein.

First off, I believe the guy when he lists his long and detailed reasons for not wanting to participate in the games as Vancouver’s Poet Laureate. They are a list of believable, conscientious and legitimate reasons for seeing the Olympics as a pending scourge on the history of Vancouver, and not worth the financial, cultural, and social deficits they threaten to create.

That being said, before I give up my original argument, I’d like to explain my first reaction, which was a mix of cynicism and despair. Again one of my poetry contemporaries had been invited to play with the greater society in some public way, to bring the beauty of our underworld into the clear light of day, and again we had found enough things to be outraged over that we abandoned ship and retreated to our classrooms and our libraries. As I said before, we are always so eager to be our own martyrs. What’s more, that part of me who, for a time, put himself through college writing political speeches took notice of the contrast in demographics between those who saw Cran as a hero, and those who called him a whiner. His decision to walk away from Vancouver 2010 was the kind in insular public act (that’s not an oxymoron, the public turn of a cold shoulder is both private and demonstrative) that seems likely to make him a folk hero among that tiny slice of Vancouver (namely, artists and thinkers) who also happen to be the sole remaining consumers of his underground art.

I don’t want it to look like I’m introducing a number of hypothetical motives to distract from the validity of the ones Cran has stated in his essay. People do things because they are impacted by the political necessities of their world, and people (even poets!) act on their consciences. What I’m suggesting is that there might be something in the worldview of many of my poet that takes an assertive political urge like the need to speak out against censorship and corporatism and manifests itself in a retreat from the larger world, not a pro-active invasion of it. And for anyone who thinks that the essay and the public dissent qualify as an assertive move, not a regression, I invite you to apply the following formula: estimate the number of engaged Canadian citizens who know who Brad Cran is and what his politics are, and subtract it from those who knew those things two weeks ago. Now, do the same thing with Shane Koyczan. Which poet is left with the larger number? (Note: That’s a rhetorical question, and not even really a fair one. Like I said in the title, this a retraction, an apology, so please just let it sit there with its upward lilt and don’t rush off to the comments section to voice your disapproval).

I think a hint as to the source of this instinct lies in the published reactions of readers of The Globe and Mail’s story on the announcement. The story may have been slightly sensationalized in the paper, but surely no more than most stories are sensationalized in the paper. The 161-and-counting comments from what people tell me is Canada’s left-leaning National newspaper (Fun Facts: It is neither a national newspaper, nor left-leaning) included maybe fifty or so supportive messages, but most of the rest can be summed up in the following selection:

Dear Johnson: “Boo hoo. The Olympics are for sports, not for reading frickin poems. Go find a coffee house….the lit-named Humbert Humbert (who likes quotation marks almost as much as I like parentheses): “It makes me real sad to know that this nitwit won’t be reading his crappy “poetry” at an event that he and his fellow “progressives” find so offensive”….HarryP1: “Does anyone really care about this twit?”…Michael Manning: “Egads! How, pray tell, does anyone make a living writing poetry? Wait, lemme guess, government subsidies funded through the taxes of people who actually work for a living.”…E. Seldon: “Maybe the little beatnik should stop protesting and sucking up my taxes for useless poetry. Maybe he should get a nine-to-five.”

Okay, now to explain the oncoming turn in my opinion on this issue, I need to first explain something about myself. I think there’s an important and often overlooked criteria we could be using in the often arduous task of comparing and classifying each successive generation of artists. This spectrum could very well be labelled: To what degree is this individual comfortable with the idea of being seen (by both the public, and him/herself) as an artist? I think some poets (and I suspect Brad Cran might be among them) would look at the above paragraph of pull-quotes and say, “Gosh, there are some real idiots out there”. Others (and I know I’m in this group) look at it and, for some length of time, before their brains intervene with their knowledge of cultural policy and the working realities of the struggling author, say to themselves, “Gosh, most people don’t like poets, do they?” It’s hard for some people in my group to look at those in the other group (which includes, besides Cran, folks like Andy Warhol and Lord Byron and, in the most Canadian of examples, Al Purdy, who decided one day to be a full-time poet, even if it killed him) and not see traces of arrogance, of egotism, and of the “All About Eve” notion that the room ceases to exist once you stop filling it with your persona.

I imagine that, likewise, it’s hard for the Cran-Purdy contingent to look at the rest of us and not accuse us of being less than fully engaged in the political identity of our class. And that’s valid, because we’re not. Because of this, we’re also less likely to perform the kinds of great, courageous acts of self-sacrifice that put the integrity of our artform over whatever utilitarian role it has been drafted into playing, because our uncertainty in the validity of practicing that art in any sort of professional way makes that utilitarian role so much more valuable when it comes calling. I imagine lots of people see Cran’s retreat from the Olympics as an example of that courageous self-sacrifice, and I have no doubt that, for him, it is. As much as he doesn’t want himself to be associated with this event, he doesn’t want his art to be their either. But please understand that there are those of us who see this as another opportunity wasted, another excuse for people who hate us to remain unchallenged in their hatred. I don’t think that fear is correct, per se, but I do recognize it and refuse to blame it one the middling uncertainties of the undedicated artist. At the nitty-gritty level of making good art, I’d argue that Uncertainty is just as fertile a campsite as Confidence, that the edges of the artistic persona keep you honest, just as its deep and confident centre keeps you inspired.

All this aside, I’m opting to applaud what Brad Cran has done these last few days not because I would hope that I’d make the same decision were I fortunate enough to be in his shoes (I don’t, not in the slightest in fact I imagine I’d do the exact opposite). Rather, in light of the actions taken I see the Brad Crans of the world (and the handful of other vocally oppositional Vancouverites) on one side, and all the HarryP1s and Micheal Mannings on the other, and I make the easy choice. I leave the comparative pettiness of the division described above behind, and I reintigrate. If there’s a wistfulness attached to that, call it the delayed disappointment of maturity. After all this deep thought and the romance of post-modern relativism and unpigeonholed self, it turns out many things really are about choosing what team you want to play for, and planning your conflicts accordingly. And I’d rather be a poet than hate everything. Who wouldn’t?