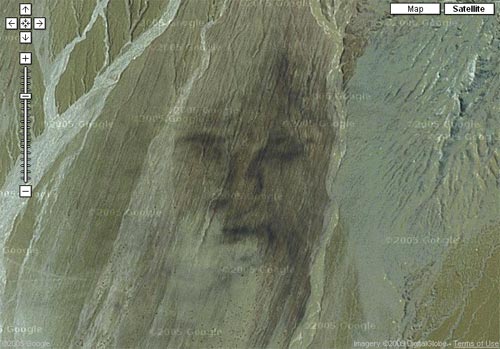 At a certain moment in the evolution of the species the God of the whole universe decided to visit planet earth as a human, so as to solve the problem of evil. Being a plural entity, God commissioned one of his personalities to be born as a normal living person named Jesus.

Having chosen a small tribe of desert people called Israelites to be his special worshippers several millennia prior to this, it made sense for God to become a Jew, because they had a relationship. But Jesus wasn't a real religious guy. Instead, he began creating a lot of intensely awkward situations at public events, and this made him famous. Then he said something people really hated. He said that God had changed his mind.

Before God had been saying, "Humans can be a little soulless, but I'm going to really work on you guys in particular to make you more spiritual." Unfortunately it was a big disappointment. It turned out the Jews were the same as everybody else. So God wanted to try something new. Jesus said that God wasn't going to play favorites anymore. God doesn't like some people more than other people.

Jesus actually went so far as to say that God doesn't even prefer good people to bad people. In fact, the people who think they're good are the worst of all, because they are the most likely to treat other people as though they are bad. Jesus said, You have to treat every person you meet as if they are God.

Jesus was popular with poor people but unpopular with rich people. In the end he was executed for political reasons. In order for the normal world to keep going, people who think they are better than other people eventually have to get rid of the people who point out how wrong that is. Jesus said, Don't be afraid.

Everybody does this, we can't stop ourselves because we're basically wild and that means being really scared of each other most of the time. Fortunately, several days after his death God brought Jesus back to life so that no one would have to feel bad about killing God. And then forty days later Jesus floated into the sky. He went home. Jesus said, Don't be afraid to go home.

(From What Comes to Mind.)

—Who is Better: Protestants or Catholics?
—The Green Gospel
—The Cool Jew