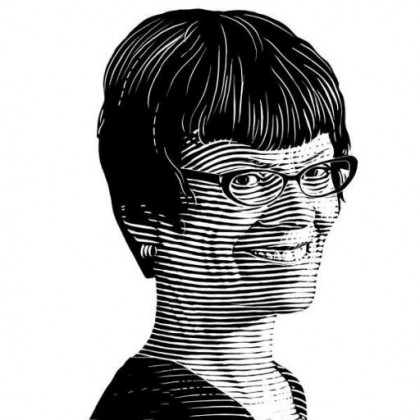 Let me tell you what it is to be a man among men. My drink of choice is whiskey, straight-up, with a whiskey back. That's right, ladies, I chase whiskey with whiskey. When I drink beer it's Budweiser, and I drink it out of the bottle, or off of a woman's naked, heaving breasts. I have a perpetual three-day beard, I rarely change my clothes, and my scent of choice is my own sweat. (Axe Body Spray for special occasions.) I'm married, but only so that I don't have to make my own cold-cut sandwiches or clean my house or underwear. I have a lot of unprotected sex with women who are not my wife, but I don't call it sex, I call it fucking, because I'm a man. When I come, I scream out, "Take that, woman!" or "Touchdown!" or "Russ Courtnall for the win!" I own a handgun. I vote Conservative, with a big "C" as in "cock," which I often have out as I rock out, which I do all the time. I wear Levi's. I drill and cut stuff. I listen to country music and AC/DC, and that's it. I spit a lot, and I smoke unfiltered cigarettes, and I really enjoy fondling my own testicles. I like football, and hockey, and Don Cherry, and sitcoms on CBS. I don't read books, and my newspaper of choice is the National Post, because, as a man, I read Mr. Christie Blatchford.

Truthfully, I am none of the above. Well, mostly. I like country music and AC/DC and hockey. And whiskey. And breasts. But I also really like a good hug, which Mr. Blatchford railed against in a recent National Post column. I'm a hugger. I hug everyone. I hug like it's the cure. My sister, who is much smarter than I am, claims that seven hugs a day is a cure of sorts. Of course, she has a husband and two young children, so her hugs number in the mid-eighties on a slow afternoon. And a mother promoting hugs is kind of like a dairy farmer praising the medicinal properties of milk. My hugs are harder to come by. I have to track my hugs down to get to seven. I hug my friends, their partners, my mum and dad, professors, co-workers and postal carriers. I don't see anything effeminate, or unmanly, about my affection for hugs. But Mr. Blatchford saw it as part of the sissification (the very manly Mike Milbury's word) of Toronto's men, a sign of the times, a time of unmanliness.

My issue with Mr. Blatchford isn't just his thesis, but also the manner in which he so poorly defends it. I know he writes for the National Post, but still, a newspaper's level of writing should at least exceed that of an underachieving college student. Mr. Blatchford contends that he is the most masculine person in most of the rooms he enters, and while I don't doubt that, I do wonder why an article about masculinity begins by quoting Third Eye Blind. Most guys I know would find it more manly to be caught drinking a Cosmo wearing a pink frilly dress and getting a pedicure while holding another man's penis in their teeth than willingly reference "Semi-Charmed Kind of Life."

His article continues to tell a little tale about teenage boys hugging each other on Yonge Street. It's important to Mr. Blatchford that we know he has a bull terrier, for some reason, and he and the dog are appalled by the sight. To me, pubescent boys being secure enough in their masculinity to hug each other is a sign of society's progress, and of the youngsters' inherent manliness. So sure are they of their manhoods (even before their manhoods) that they freely touch other males in a non-sexual manner. Would Mr. Blatchford rather the boys high-five, or hit each other, or go to a Pee Wee hockey team hazing and molest each other with sticks? He fails to offer an alternative to the hugs.

Somehow, and with little warning or style, Mr. Blatchford retreats into an argument about the Fords and UFC fighters and the Toronto District School Board. He takes a shot at those who thought that anti-bullying messages from UFC fighters were hypocritical, especially when directed at younger children. He implies that such disapproval of UFC is unmanly, and not allowing the UFC messages to reach the children will retard their manly growth. I'm not quite sure what's so manly about greased-up men touching each other while wearing Speedos, but I know that when I lived in Costa Rica it cost 1250 colónes to watch it from a private room. A sharp right turn finds Christie knocking the TDSB, arguing, "In Toronto, actual education routinely takes a back seat to anti-bullying messages, gay-positive education, recognition assemblies and social justice." Maybe I'm naïve, but isn't that what a public education is? Just as much about society and social dynamics as maths and sciences? Otherwise, why not homeschool our children? Or let The Wiggles do it?

After this, Mr. Blatchford's argument gets quite muddled. There are some shots at the Toronto Star and some cheering for the poor Fords. For some reason he brings up badminton. He writes of Toronto's modern men being "delicate, slender and arch, not sportif." He is very careful to remind the reader not to confuse unmanly men with gay men. His qualm is with the heterosexual man's decline. In fact, he writes, "Gay, as I've mentioned, is entirely fine. Fey is a pain in the arse." I'm sure the gay community is ecstatic that Mr. Blatchford believes its sexuality is "fine." Also, he should look up the definition of "fey."

His point reaches its climax here:

"But holy smokes, I am wearying of the male as delicate creature. I am wearying of men who are so frequently in touch with their feminine side they, not to mention me, have lost sight of the masculine one. I'm just plain sick of hugs, giving and getting, from just about anyone, but particularly man-to-man hugs.

And the novelty of being the toughest guy in the room - and by this I mean me - is getting really old.

In aid of all that, let me offer a few reminders of the way it was once upon a time and really always should be."

And this is where I lost my sense of humour, where the ramblings of a silly columnist put me over the edge. The antiquated "when men were men" argument. Of late, there have been many stories about sexual abuse in North American men's sports, particularly college and junior sport, where men are left to their own devices to be men—that is, to teach boys how to be men. The Sanduskys, Fines, and James of the world: men being men around other men. That turned out well for everyone, didn't it, Mr. Blatchford? Perhaps Mr. Blatchford believes it was unmanly for these victims to come forward "mewling" to the authorities. American comedian and political pundit Bill Maher had a great point on this subject, arguing that when men are left alone, without the reason and dissent of women, bad things happen: the Catholic church, the Middle East, college sports, junior hockey, Two and a Half Men, and so on. So while Mr. Blatchford yearns for yesteryear, when men were men and took matters into their own hands, when hugs were for girls and sissies, I look forward to tomorrow. I look forward a generation that doesn't define masculinity and femininity as opposites, and when the best of all genders defines a better people. A future in which people don't support the Fords, or watch E Talk Daily, or read National Post columns except for the jokes.

I'll admit that I am not the most manly of men. I listen to a lot of sad alt-country songs. I am a published and somewhat respected poet. My favourite soft drink is Diet Ginger Ale. When I was three my mother asked me what I wanted for my birthday, and I told her I wanted a pink party dress. And I hug. Do those qualities make me effeminate? (Forget about the pink party dress for a minute.) I don't think so. I think they make me evolved, and blissfully unaware of the need to quantify degrees of gender or benchmarks of sexuality. Tonight, in fact, I'm going to a poetry reading and drinking whiskey, hoping for Mr. Blatchford's sake that the latter evens out the former.

I met Mr. Blatchford once at the Governor General's Award Ceremony in Ottawa. He was wearing a black gown for some reason, which very much is counter to his argument that men should be more manly. I was a bit intimidated by him, mostly because of the desperate nature in which he demanded to be the centre of attention. The girlish tattoo on his breast revealed by his décolletage seemed fairly unmanly as well, but his husky voice and bullish attitude more than made up for it. Had I known then what I know now—that Mr. Blatchford suffers terribly from loneliness, that his only friend is a bull terrier, that his vocabulary is so challenged and anachronistic that he freely uses phrases like "holy smokes" and "nervous Nellie," that he listens to Third Eye Blind on purpose, that he spends his free time making lists of "25 Things Every Man And Boy Should Know How To Do," that he defends the Fords—well, I would've given Mr. Blatchford a hug. And I would have let it linger, until we both felt better about ourselves.