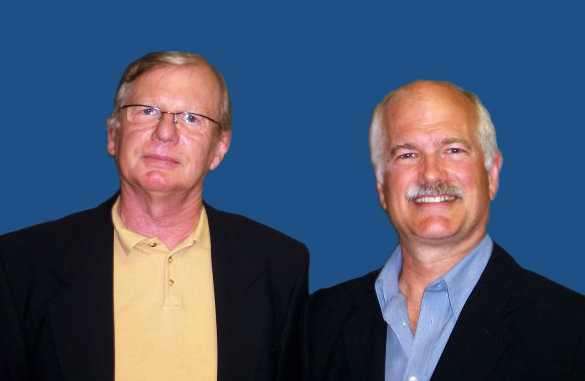 In Maisonneuve's current Winter issue, Nick Taylor-Vaisey has a feature called "After Jack," a thoughtful assessment of the NDP's rocky past and uncertain future. Over the next few weeks, we'll publish a series of short online profiles of some of the people he spoke with. To read "After Jack," from which this post is adapted, pick up a copy of Issue 42 (Winter 2011) or order it online.

"I was in Digby the morning the news came out that Jack had died. Now I associate Digby with sadness," says Brian Pollard, the man who twice carried the NDP's banner in Charlottetown, in both 2006 and 2008. That morning, August 22, is one that thousands of the party's activists will remember for years, and decades, to come. Talking about it is now a staple of any discussion with a New Democrat.

Pollard is a filmmaker with several National Film Board credits. When he's not shooting documentaries, he pays the bills by driving a taxi around Charlottetown. Perhaps fittingly, Pollard's first encounter with Layton was in his car.

"I just happened to get the call to pick up Jack and his assistant at the airport. He was coming here for one of the provincial elections," Pollard recalls. "Later, I became his chauffeur whenever he came here. I've spent at least two or three days driving him around."

Layton was one of the only politicians who didn't end up in Pollard's bad books. He also likes former NDP leader Ed Broadbent, whom he calls "a respectable man." Otherwise, it's slim pickings. "Most politicians I can't stand, and there are certain NDP MPs I'd rather not be with. But [Layton] just came across as being a real genuine guy," Pollard says.

Over the course of two elections, Pollard convinced 4,313 voters to choose him and the NDP-good enough for third place on both occasions. He won 11.1 percent of the vote in 2006, and performed marginally better in 2008, capturing 12.3 percent. He never spent all that much money on the campaign trail, probably because the cause seemed futile. (In 2011, things changed in P.E.I.'s capital. The new candidate, Joe Byrne, won more votes than Pollard had in two tries combined—4,632—and a greater share of the vote—25 percent. That was still only good enough for third place.)

That Pollard wasn't elected wasn't the worst thing in the world, as far as he's concerned. Though he says he probably could have learned to enjoy the MP's life, part of him was uneasy with the prospect of victory. "I remember during the last election, I once asked myself honestly, when I was sitting back one day: Do I want to be a Member of Parliament? And this little voice in the back of my head said, 'No'."

For Pollard, it was an issue of personal freedom. "I wouldn't be my own person anymore. I have a very relaxed, interesting life, and I pretty well do what I want to do, go where I want to go."

But that doesn't mean Pollard doesn't believe in the NDP's vision. When he was a psychology student, Pollard says, he was naturally attracted to socialism. "It seemed to me that socialism was the form of politics that made the most sense. It just seemed to me the most reasonable kind of way of organizing ourselves. It just occurred to me as being totally rational," he says. "It wasn't until I got older that I realized that that word had a taint to it."

Only a month removed from the party's emergence from the 2011 election, its members debated the removal of "socialism" from its constitution. Reporters watched closely as prominent party members fell on either side of the debate. Pollard seems indifferent to it all. If the party decided to remove socialism from its official documents, he wouldn't much care.

"That's fine. We don't need the word. We can do what we do, and present our ideas to people, and if they like it, then they'll vote for us," he says. "But we don't have to call ourselves any kind of -ism."

On issues of policy, Pollard describes himself as outside the mainstream. He thinks the North American Free Trade Agreement is "a disaster," for example. But as much as he believes that, he also knows the NDP probably couldn't make NAFTA a thing of the past very quickly—if at all.

But that's fine, he says, because politics is all about compromise. He holds dear his principles, but understands that some priorities are much more easily achieved than others. Some political opponents might dismiss that as a hidden agenda, but Pollard says he simply defers to whatever the party decides. "I think the NDP has its heart in the right place," he says.

—Brushes With Jack
—The NDP Today: Charmaine Borg
—Our Tar-Sands Man in Washington