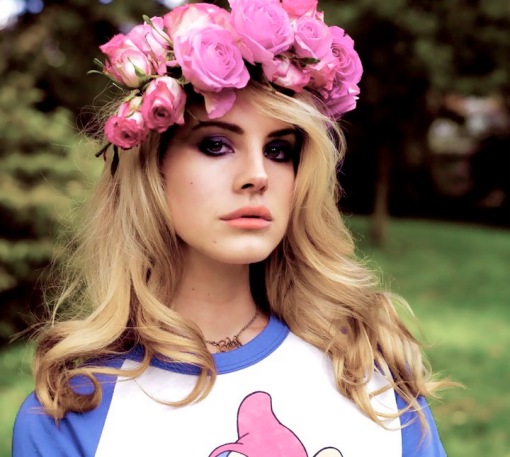 Last Saturday, three weeks after her much-booed and -ballyhooed Saturday Night Live performance, singer Lana Del Rey was back on the show to apologize to her critics. Or rather, SNL regular Kristen Wiig, dressed up as Lana Del Rey, was. Wiig did a dead-on impression of Del Rey, frozen upper lip and all. "I think people thought I was stiff... distant... and weird. But there's a perfectly good explanation for that: I'm stiff, distant and weird," she admitted. "It's my thing."

The most notable aspect of the parody was that it was not a send-up of Del Rey at all. It was a defence. It may befit SNL to close ranks around its own musical guests—if Del Rey was bad on SNL, it follows that SNL was bad, and SNL probably shouldn't have booked her in the first place. But it's still strange to see a comedy show whose bread and butter is tearing down easy targets choosing, instead, to prop up an easy target everyone else was in the process of tearing down.

The current anti-Lana Del Rey backlash shouldn't surprise anyone. It's the sound of a balloon popping, a curtain being torn down. But it's also kind of spurious. "Video Games" landed on YouTube back in August, the month that Pitchfork gave it coveted Best New Track status. There were two other Lana Del Rey songs online at the time, "Diet Mtn Dew" and "Blue Jeans," both of which also appear on her debut album, Born to Die, which dropped last month. They were lesser incarnations of "Video Games"—diet versions, appropriately. Same enjoyable flavour—tragic romance via the everyday—but not as full-bodied. There was nothing in them, however, to suggest the incriminating facts that would emerge later.

In pop music, the songs, the information, the acclaim and the acceptance travel in waves, like concentric circles, from the artist to the journalists to the hipsters to the public at large. Recently, however, artists like Wu Lyf and the Weeknd have discovered that, by refusing to do interviews and acting mysterious, you can artificially inflate that acclaim. It doesn't do much for mainstream success, but for many musicians, that's not the endgame. Better to be revered on blogs than on sale for $3.99 in Walmart—and you don't have to spend a half-decade playing shows to nobody.

Del Rey seemed primed to be another one of these mysterious critical successes. Her songs are backward-looking, reminiscent of Frank Sinatra; she bills herself as a "gangsta Nancy Sinatra," in love with a long-gone America and its constituent Americana. At first, she seemed older than she would later turn out to be—she's twenty-five, but now it seems like a weird, sheltered twenty-five, a twenty masquerading as twenty-five. Her weary tone suggests someone worldly. We all fell for it a bit, didn't we? There are moments in "Video Games" when, if you listen closely enough, you can almost hear the needle scratching as the record goes around—like the relationships she sings about—in circles.

But then we found out the awful truth; at some point over the fall, a Facebook friend of ours posted a link to her Wikipedia page. Lana Del Rey was Lizzy Grant, daughter of a domain investor, either a multimillionaire or multibillionaire, depending on which Google results you trust. She was weird, never really had friends, seemed little more than a vain girl with lot of money trying oh-so-badly to feel good about herself. There is something wrong, something perverse about the idea of Daddy Moneybags paying for his daughter's success, like parents rigging birthday-game competitions in favour of their own spoiled children. We were all, collectively, her therapists, and there she was, on our couch, not paying us.

But if we really believe that Del Rey's father is giving her blank cheques with which to write her musical destiny—buying up promoters, music-video directors, producers, studio magicians, maybe even SNL itself—if we really believe all that, then perhaps it's less surprising that she was able to succeed as much as she has. And perhaps it's more surprising that she didn't succeed earlier, under her own name. Real musical talent matters little in this game (cf. Ashlee Simpson, everyone ever). If it's just a matter of buying the right people at the right time, shouldn't Del Rey be a lot more famous than she is? The viral success of "Video Games" is a testament to the power of artifice. We are much more ready to accept a Lana Del Rey about whom we don't know anything than a Lizzy Grant about whom we know more than we care to.

It's ridiculous, of course, that the some of the discussion surrounding Del Rey crucifies her for being a "poseur." This is especially true in light of the continued gravity-defying success of Rick Ross after we learned that he was a former corrections officer and not, in fact, a legendary crimelord or drug dealer of any sort. Ross' music is more critically accepted than Del Rey's album is, but he's not doing anything new or exciting either. At the end of the day—issues of identity, class and a godawful SNL performance aside—Del Rey's Born to Die has some very listenable tracks. It's indicative of just how fickle we are that she's the subject of so much vitriol, and Ross is not.

Identity and image are malleable things in the music industry (cf. Drake, Dr. Dre). It's not a level playing field, however. If you do your time in the trenches for long enough, you can do whatever the fuck you want. Snoop Dogg was a guest on Martha Stewart's show. Jay-Z was featured on the cover of Forbes in 2010, next to Warren Buffett; the two were interviewed together at Buffett's favourite diner in Omaha. These race- and class-defying rises are only possible if you can shift, as needed, from criminal thug-rap millionaire to cuddly teddy bear—and if your fans will tolerate it. (Of course, when we saw behind Lil Jon's sunglasses, we more or less gave up on him. But his veneer was not much thicker than his gimmick. "Yeah!" "What?" Okay.)

On Tuesday, the New York Post reported that Del Rey had cancelled a thirty-date American tour in light of the SNL flop. Though her camp denied the cancellation, things are obviously not going as planned. In the end—however we remember Lana Del Rey, whatever she goes on to achieve—the whole kerfuffle reveals more about us than about her. We are afraid of being tricked, and, when we discover deceit, we punish those who trick us. Del Rey's only crime was getting caught too early in the game—and for that we cannot forgive her.

—Memory, Intertextuality and Rich Aucoin
—Arcade Fire, Tune-Yards and Growing Up
—Is Tyler the Creator a Hatemonger?