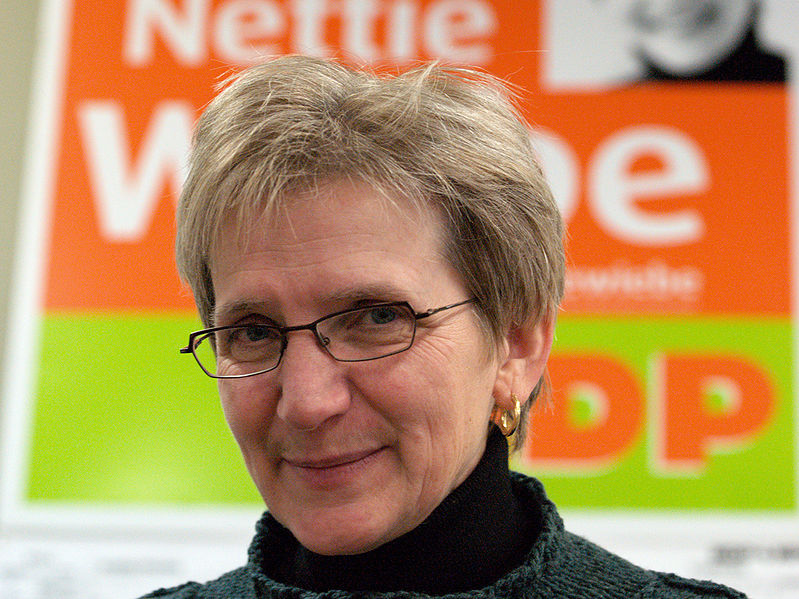 Saskatchewan might be the NDP’s sacred birthplace, but voters in the province aren’t kind to every New Democrat. Nettie Wiebe knows all about that. In 2011, the farmer and teacher lost in Saskatoon—Rosetown—Biggar by a mere 538 votes. In 2008, she lost to the same Conservative opponent, Kelly Block, by 262 votes. She lost to Conservative Carol Skelton by 1,919 votes in 2006. And in 2004, her first federal run, Wiebe lost Saskatoon—Humboldt to Brad Trost by 417 votes. In four elections, she’s scored 3,136 fewer votes than the eventual winners—a heartbreaking record. “This last time was deeply disappointing. We had gained a lot of momentum,” Wiebe says, disillusioned.

She’s at once a typical prairie dweller and New Democrat, though she would surely argue the two are, or should be, one and the same. Wiebe, a mother of four, has been a farmer most of her life. In her current digs about 70 kilometres southwest of Saskatoon, she and her partner cultivate about 1,000 acres of grain and oats, as well as a small herd of cattle, at a farm that’s been around about as long as Saskatchewan has been a province.

Wiebe also teaches ethics at St. Andrew’s College, a theological school of the United Church. She’s proud of her faith, and just as proud of the role her church has played in the growth of her party. She recalls that some of the NDP’s greatest prairie giants rose out of the same movement of compassionate Christians—Bill Blaikie, Stanley Knowles and former Saskatchewan premier Lorne Calvert, who’s now principal at St. Andrew’s, to name a few.

There’s another famous prairie preacher and NDP stalwart who wasn’t part of the United Church. Tommy Douglas, before he made his mark in politics, made his living as a Baptist minister in rural Manitoba, and later rural Saskatchewan. Douglas’s life in Weyburn, Saskatchewan wasn’t unlike that of many young ministers today. That’s where Wiebe, a rural farmer to the core, plays a key role at the college.

“Most of the students we prepare—in the United Church, mostly—come in as urban students,” she says. “Often, their first assignment is to work in rural communities. One of my responsibilities is to bridge that cultural gap, and give students a better understanding of what they might anticipate.”

Wiebe lives a third life, too, and it’s another that’s not atypical for a Prairie social democrat. She’s active with the National Farmers Union, where she’s served as women’s president and, later, president and CEO. She speaks passionately about food security. “We often marginalize agriculture and food to our peril,” she says. “Food is, and should be noticed as being the centre of the table in many ways, not just the kitchen table or the dining room table. It should be the centre of the policy table.”

Wiebe found the NDP when she was a student in the 1960s, looking for a political home. The NDP just made sense, she says, and she’s proud of that choice and all the contributions her party has made to Saskatchewan and Canada over the years. Right now, those contributions seem caught in a holding pattern: the party’s provincial wing has lost consecutive elections to the Saskatchewan Party, and plays opposition to one of Canada’s most popular premiers; and after years of good fortune at the polls, the federal party hasn’t sent anyone from Saskatchewan to the House of Commons in some time. In 2004, it failed to win a seat in the province, and nothing’s changed since.

But she doesn’t mean to say the NDP’s contributions have vanished—quite the contrary. “There are some things in Saskatchewan that you can’t campaign on. You can’t arrive in a campaign and say you are against Medicare, for example,” she says. “Some of those CCF/NDP changes are so deeply ensconced now.”

Nearly one-third of Saskatchewan voters chose the NDP in 2011. That the party didn’t find a riding where it could win was a big loss. The party will know it’s done well if Wiebe one day stands in the House of Commons—if, that is, she’s willing to wait that long.