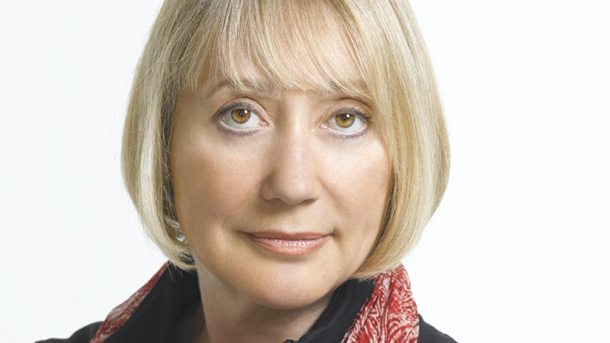 Image via the Globe and Mail.

I wasn’t going to say anything. I was just going to keep my mouth shut. I spent the entirety of April writing poetry, and feeling okay about myself, about my current station. I discovered charcuterie as a meal. I’ve cut back on my smoking. Spring sprang. Life was good. In the background, the Quebec student strike flickered in philosophical disagreement with much of the rest of the country, at least those with jobs and educations already paid for. I kept informed, but remained quiet. Even when under the influence of argument-inducing whiskey, the loose-lip encouragement of good wine and free vodka, I was, for the most part, silent.

While I supported the virtue of the students' protest, I wasn’t entirely on board with them. Their tuition is, comparably, reasonable. But as the month progressed, and my poems got more self-indulgent, I found myself starting to lean more and more to the side of these selfless young people, standing up in Quebec for those who won’t, or can’t, stand up in the rest of Canada. But still I kept it mostly to myself. And then, yesterday morning, Margaret Wente provided her unsolicited thoughts (in the increasingly disappointing Globe and Mail) on the students’ demand for tuition control and responsible spending by post-secondary institutions. And once Wente published her column, and with my month of poetry over, I couldn’t keep quiet anymore. Wente offended me from my slumber. Good morning.

I’ll preface my argument by noting that I hold two degrees from a Quebec university, a BA in English Literature and Creative Writing and an MA in the same disciplines. Was my tuition, as Ms. Wente notes “the lowest tuition fees in all of North America”? Yes. Am I debt-free? No, not even close. I’m in better shape than most, but I am underemployed and frustrated both by my university experience and the life I’m trying to build outside of it. But I wouldn’t trade my time in university for anything, and I owe what quiet moments of success I have had to that education, and how it has made me a better writer, a better person and a better citizen.

Wente’s argument, for the most part, was typical of a right-wing boomer in a safe, well-paying job: Quebec tuition is cheap, you’re spoiled children who don’t understand the world, so go back to class and behave, while I stay in the comfortable towers of Toronto and my own generation. I can empathize with that argument. I don’t believe that the student protest was particularly well-planned. For example, they all paid their tuition fees, then went on strike. That’s the polar opposite of dine-and-dash, and it gave the schools and province the bulk of the leverage. Where I disagree with Wente—where she went from columnist to spoiled elitist—was in her disparaging the degrees that many of the students are getting (and the ones I hold). Writes Wente:

“The truth is, the education they’re getting is overpriced at any cost. The protesters do not include accounting, science and engineering students, who have better things to do than hurl projectiles at police. They’re the sociology, anthropology, philosophy, arts, and victim-studies students, whose degrees are increasingly worthless in a world that increasingly demands hard skills. The world will not be kind to them. They’re the baristas of tomorrow and they don’t even know it, because the adults in their lives have sheltered them and encouraged their mass flight from reality.”

This is where I spit up my latte, expertly prepared by a barista with an MA in Journalism. The notion that these degrees are worthless is the single most offensive thing I have read in print journalism in a long while, and I’ve written extensively on Christie Blatchford. University is not a trade school. No one believes that they will get a degree in Philosophy, then get a job philosophizing. I have yet to find the English and Creative Writing factory in my neighbourhood. University education is about the power of knowledge, about expanding the breadth of the discourse by becoming informed, and by developing the skills to argue against hypocritical, spoiled journalists like Wente. The Globe columnist continues:

“Canada…is awash in soc and psych majors. And soc and psych majors who refuse to venture beyond their comfort zone – linguistic, geographical, or ideological – face even dimmer prospects. Someone should have told them that by now. Sooner or later, they’ll find out, and it’s going to be a shock.”

The grand irony here is that the very degrees that Wente condemns are the ones that foster the contribution of intelligent argument, unlike the poorly thought-out rantings of a columnist preaching to her employed and unsympathetic choir. And most notably, they are the degrees that Ms. Wente herself holds, a fact that neither Wente nor the Globe made mention of.

Wente is an expat American, who holds a BA in English from the University of Michigan and a MA in English from the University of Toronto. She has two degrees (most notably, neither is in Journalism, though that's evident in her writing) of the exact same ilk as the ones she so joyfully mocks in her column, though she is sure to remove any mention of her English-Literature background, instead mocking her Arts and Sciences brethren as if we couldn’t easily discover her hypocrisy.

I don’t know much about Wente’s family background, whether she was financially comfortable in her youth. I do know that in 1975 (somewhere around the time Wente may have been at Michigan) tuition at the University of Michigan would have been about $3200 in real dollars. I do know that a non-Michigan resident English undergraduate, as Wente was, today would pay (per term) between $18,794 and $20,121. So, by my calculations, compared to 1975 annual tuition, Michigan’s fees have increased by 1185.87 percent to 1257.56 percent. And why? Because there was no one in Michigan (or the countless states and provinces with similar increases) willing to stand up for the rights of students the way those in Quebec are.

I do give Wente credit for acknowledging that it is much harder for the university-educated to get jobs in today’s economy. But she seems to fault the degrees, and not the economy or its evolution. Also, she uses statistics associated with the United States, I suppose because a) she doesn’t know how to source an article and b) the Globe and Mail doesn’t ask her to. I learned how to source in first-year university. Apparently they don’t teach that at Michigan, or Ms. Wente was absent that day.

What’s missing from Wente’s column, besides compassion, understanding, journalistic integrity, and well-researched facts, is what tends to be missing from most of the anti-student sentiment. The students don’t just want a tuition cap. Rather, they want the universities to be held more accountable for their spending. If Wente wants to mock or hold accountable those with degrees in “victim-studies,” then she should be looking at the administrators and professors who are spending student’s tuition like a drunk eight-year-old at Toys “R” Us with mummy’s credit card. The misuse and misappropriation of budgets in universities is akin to fraud. The amount of pseudo-embezzlement, side deals, overpaid tenured profs and creative spending is almost as offensive as Wente’s argument. Universities have become legalized money launderers, in a brazen and sanctioned manner that would make the mafia blush.

But a flaw of Canada’s social democracy, one also seen in health care, the arts and other realms of social funding, is that governments are willing to hand over monies without any desire for accountability. And that’s what the students really want, more than jobs, more than capped tuition, more than a life without latte service or daily perusal of Craigslist for cheap bachelor apartments or jobs that six thousand other qualified and educated graduates will apply for. What they really want is accountability. They want the state to make sure that the universities are spending their allowances properly, and not on bubble gum and hockey cards, or in this case six-hour work weeks, six months a year for tenured professors, golden handshakes for ousted administrators and inflated “travel and research” budgets. Is that too much to ask?

Wente is one of those columnists who would make me laugh on a regular basis, if it wasn’t for the fact that she’s not trying to write parody. She writes from a life of privilege, not in terms of means or upbringing, but rather one without the challenges, financial and otherwise, that today’s students face. Her writing is easy, in that it simply strokes the confidence of her readership, and condemns the actions of a generation that she refuses to understand, or provide the transparency of recognizing the parallels within her own life. It’s sad, really, that these same students she indicts are living the exact same university life she did, but at a much higher cost, and with a fraction of the prospects. And yet, they do so selflessly, with a steadfast virtue and boisterous affection for both their peers and the institutions they believe in.

Were Quebec students promised free tuition during the Quiet Revolution? I don’t know, probably. But we were promised jetpacks and moon colonies, and I still walk everywhere on earth. The notion of free tuition is a beautiful one, but unrealistic and quite nearly impossible. But what is possible, what is understandably within our grasp, is a system of post-secondary education that would allow every student eager to learn the time and resources to do so, no matter their socio-economic background, or the discipline of their interest. The question now is: how do we get there? And the answer is to continue to stand up to not just the governments and institutions who control access to education, but also those like Wente with a wide public forum, an unfortunate pulpit born of ego and lacking in grace.

“The world will not be kind to them” Wente wrote. You’d be surprised, Ms. Wente. These kids think they can change that. Never doubt the resilience of youth, or the power of “an idea whose time has come.” That’s a quote, Ms. Wente. See if someone can help you look it up.