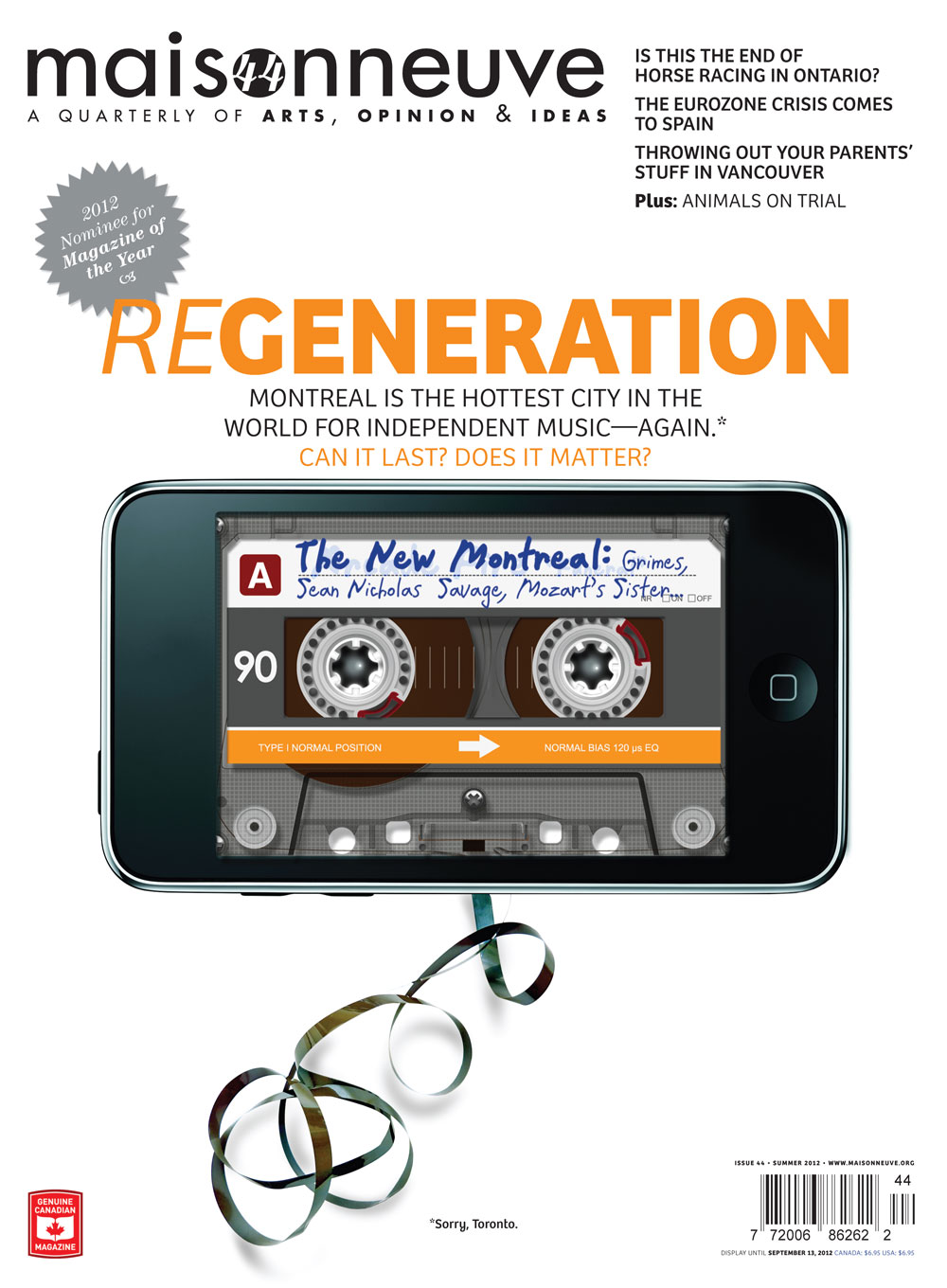 It's not available online, but in Saturday's Globe and Mail, the paper's On the Stands column included a nice summary of our current cover story, "Visions of the Future" by Chandler Levack, which examines the new wave of Montreal music:

It seems like only yesterday that The New York Times Magazine was anointing Montreal the next Seattle. Or was that the next Athens, Ga.? Whatever the comparison, Montreal was deemed to have arrived, courtesy of bands like Arcade Fire, Wolf Parade, Stars and the Dears. Turns out, though, that this was many yesterdays ago, seven years worth, in fact—barely the blink of an eye cosmically speaking but an epoch in pop terms. Now Montreal is being discovered and hyped anew, only this time, according to London's Daily Telegraph, it's as "the new Brooklyn." Maisonneuve music columnist Chandler Levack, a Torontonian, offers an informed assessment of the new scene which, like the old one, is dominated by anglophone acts. Foremost among them is Claire Boucher, a 24-year-old Vancouverite who came to Montreal in 2006 and now performs under the moniker Grimes. Her latest record, Visions, is apparently a very big deal ("a dark-edged dance record made for solipsists," in Levack's estimation) and a flagship of sorts for Arbutus, the coolest indie label in a city awash in cool indie labels, and home to such other rising acts as TOPS and Sean Nicholas Savage. Then again, hasn't Montreal always been groovy, even sans les accoutrements pop?

Thanks, Globe! To read "Visions of the Future," pick up a copy of our Summer 2012 issue at one of these fine stores, or order it online.