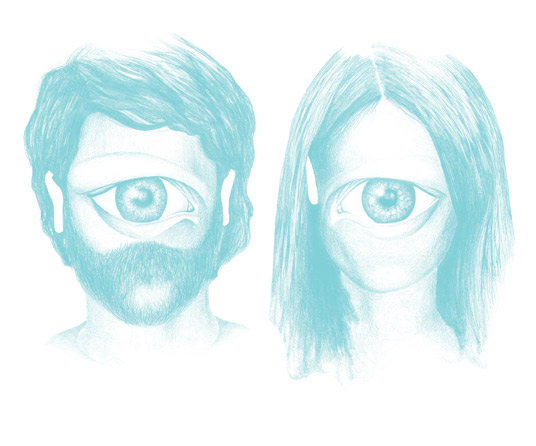 We’re always reading on the internet how impersonal emails can be, and how computers generally pull us further from one another, as if, if it weren’t for Facebook and Google+ (just joking about Google+), we’d be square-dancing at a church social or playing softball with a nice fat slice of everyday society, or writing notes in blood, like in the old days.

One, I never played softball. But more importantly, emails aren’t all social media. True, emails aren’t the slowly handwritten note or the long wait of mail. But don’t be mistaken by pop culture’s off-kilter nostalgia: email’s very immediacy is part of why it wins out over stamps. Rapid-fire successions of repartee can make email correspondence more conversational than letters. And by conversational I mean addictive.

Whatever words we write to or receive from someone can’t compete, obviously, with that person-to-person contact. Someone’s exuberance, smells, their lapses in attention and their facial expressions, their specific movements, and the moments that happen in real time and make our exchanges so valuable—they’re all lacking.

But there’s something else going on entirely. There’s the intimacy of sending someone something they are compelled to read. To read a writer’s words meant for you, to be read in return by a quick and loquacious mind—these are gifts untethered to the quotidian, and this is the privileged relationship between the raconteur and the raconté.

I’ve always loved to read writers’ correspondences to their families, or friends, or their Ted Hughes. I’m against liking the letters as much as I do—it seems unnecessarily voyeuristic and lowbrow of me. And I want to think that a writer’s personal papers are, in some important capacity, unrelated to their oeuvre. An artist’s work should stand on its own, without constant biographical rummaging to explain it.

But there is a way that writers have of talking about their day-to-day that sometimes strikes me as more meaningful than even their most celebrated work. I’m thinking of Virginia Woolf, or Sylvia Plath, or Susan Sontag—I re-read their journals regularly. They’re funny and sharp, particular and personal in a completely different way than their official “work.”

When authors correspond with one another, the words they choose to send may be weightier in significance, even if they’re being flippant, because of course the nature of their work means their text is highly curated. This might make the emails more formal, in a sense, as each writer will be aware of the weight of what they say. It also makes them all the more valuable.

Authors Kim Thúy and Pascal Janovjak wrote a book together, a compilation of emails they exchanged between October 3 and December 26 of an unspecified year. It was published, in French, by Libre Expression last year. The book is called À toi. There’s an introductory page that reads, ‘’They met one night, in a hotel in Monaco. They talked over breakfast. And then she went back to Montreal, and he returned to Ramallah.’’

I translated an excerpt of their exchanges for the summer issue of Maisonneuve.

Thúy and Janovjak’s emails are brief, but tender. A certain silence pads their notes, and no doubt any overtly personal information has been carefully culled. What readers are left with are ambiguous allusions to what may have transpired between the two writers. But that’s not what matters.

What is clear in their exchange is their mutual desire to share with each other their complex relationships with language, nationalism, heritage. Kim Thúy, born in Vietnam, was transplanted to suburban Montreal by way of stealth and ships and hidden jewels. Likewise Janovjak, the son of a French mother and a Slovakian father, was born in Switzerland and educated throughout Europe. And you can tell that part of their mutual appeal lay in their equally disparate biographical borderlines. The two authors pepper each other with brief, sensory memories of childhoods in varied countries, and the customs of those places are told from the vantage point of an integrated outsider, limited-omnicient-style—close but not too close to note subtleties.

It’s not always a privilege, being a mishmash, the way we make it sound when we talk about the Canadian mosaic—being a cultural hybrid doesn’t turn you into some give-peace-a-chance tree all ornamented with cultural icons. Your sense of displacement can be profound. But there’s a flipside: understanding the inherent instability of identity.

Thúy and Janovjak’s letters are running commentary on what it is to suffer from and exult in being outsiders in Vietnam, in Israel, in Quebec. They delight in this familiar perpetual expat exocitism.

And their delight does not become obsessive. These are not the letters of unrequited love in the style of Viktor Schlovsky to Elsa Triolet. Neither Thúy nor Janovjak describe their personal situations as tortured, and though there are mentions of foiled visits, neither seem to wish to extricate themselves from their families, their partnerships, their countries.

What is clear is that they think of each other. And that while their correspondences may be more remote than any face-to-face interaction, their words are also more private.

Like Rilke’s two solitudes—not the ones we imagine when we talk about Quebec, not Hugh McClennan’s franco slash anglo and the St. Lawrence Seaway that divides them, but Rilke’s original phrase: “Love consists in this, that two solitudes protect and touch and greet each other”—Thuy and Janovjak, with their letters, reach through their solitudes to greet each other.

Pick up a copy of Maisonneuve's Summer 2012 issue or order it online to read "That Which is Foreign," a translated excerpt from À toi.