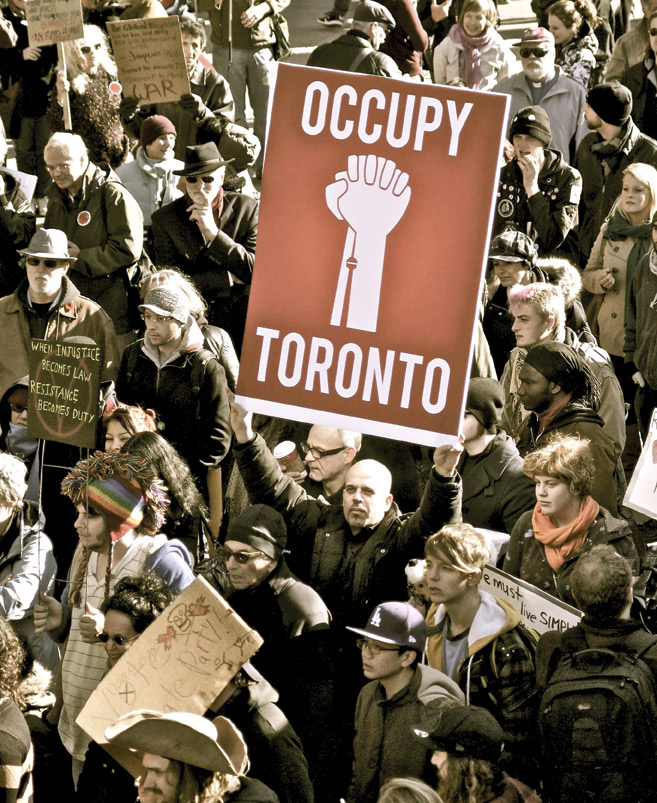 Today marks the first anniversary of Occupy Wall Street, the movement that seized the public's attention last fall with its focus on economic inequality. Check out Maisonneuve's coverage over the past year:

Why Occupy Wall Street Has Already Succeeded by Drew Nelles

The most important—and likely sole—victory of Occupy Wall Street will be our early, strangled attempts to speak in a language which currently escapes us.

Should Occupy Wall Street Take Up Arms? by Christopher Watt

Occupy Montreal and the Lies Quebecers Tell Ourselves by Drew Nelles

Occupy Montreal was evicted because it exposed the lies Quebecers tell ourselves: the myth of tolerant Quebec, of progressive, social-democratic Quebec.

The Death of Networks by Christopher Szabla

Occupy and the Arab Spring are often glowingly compared to the decentralized, democratic internet. But that very similarity may have doomed these movements from the beginning.

Anatomy of an Occupation by Paul Gettlich

What really happened at Occupy Toronto?

—The Maple Spring
—We Felt No Mercy
—Martyrdom and 9/11