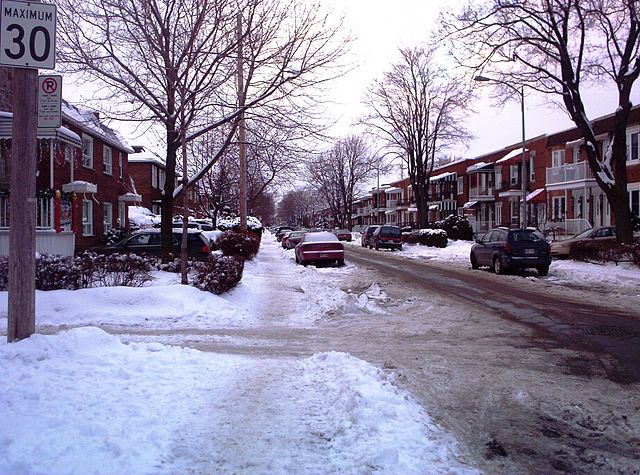 Mismanagement. Delays. Number fudging. It's becoming a familiar refrain for Quebecers these days. It's also, unfortunately, a phenomenon not limited to the revelations of the Charbonneau commission.

The recent release of the Quebec Rental Board (or Régie du logement)'s annual report showed that average delays for tenants waiting for a first hearing for "general cases" (a category spanning everything from broken pipes to cockroaches) are now up to 20.3 months. In total, there are presently close to 38,000 cases backed up at what some call the "Régie du lentement."

The problems at the Rental Board go deep, a combination of ineffective bureaucracy and misrepresentation of the facts. Provincial Ombudswoman Raymonde Saint-Germain took the Board to task at length in her 2011-2012 report, indicating that she "continues to be concerned by the inability of the Rental Board to render justice within a reasonable delay." As the Ombudswoman also pointed out, the average delay period is calculated solely on the basis of the time it takes for tenants to obtain a first hearing, when in actuality cases are often bumped back for interminable periods after this initial step. Moreover, Rental Board Director Luc Harvey is currently tied up in legal action over accusations that, in 2010-2011, he had cooked the books in order to artificially slim down wait-time statistics, leading one to suspect that the problems are more firmly rooted than the Ombudswoman feared.

On the other hand, the Rental Board has no such reputation among landlords. In fact, cases of eviction for non-payment of rent are processed at an average delay of only 1.4 months—a number that has changed very little for over a decade. Under provincial housing legislation, non-payment is non-negotiable: even as the Landlords' Association of Quebec calls on its members to systematically hike rental fees, and the provincial PQ government forces its poorest constituents to tighten their already taut belts, tenants who can't pay their rent on time summarily find themselves in the street.

In essence, then, the Quebec Rental Board works systematically to favour those with resources over those without. The problem, though, is that it also functions (in a manner typical of the supposedly "progressive" Quebec state in general, one might add) to coopt and misdirect grassroots social-justice movements. Given the illusion of legal rights, tenants become tied up in Rental Board cases that do little to regulate gross injustices. In October, for instance, tenants' association and housing committees demonstrated in front of the Rental Board in downtown Montreal to draw attention to the problem of cheap landlords refusing to heat their buildings, and the consequent plight of renters forced to freeze throughout the winter while waiting for a hearing. Community organizer Sheetal Pathak put it succinctly: "Tenants who are stuck in this situation cannot get justice at the rental board."

This is a straight-up, honest-to-goodness war on the poor, and the technocrats are leading the charge. So what can we do about it? First, of course, we need to demand that the Rental Board cease to be a clearing house for the greed and avarice of property owners, through the imposition of a few simple reforms. Those same demonstrators who took the streets in October recently collected over two hundred letters from community organizations and individuals calling on Minister Sylvain Gaudreault (responsible for housing questions) to (a) provide the necessary resources to deal with the backlog of cases at the Board; (b) institute a "first-come, first-served" policy that would abolish the two-tiered justice system; and (c) hear all urgent cases that have an impact on the health or security of tenants within seventy-two hours.

Perhaps more fundamentally, though, those of us concerned with tenant-justice issues need to start thinking about taking matters into our own hands. Increasingly, across North America, there has been a positive trend toward direct action and grassroots empowerment in the struggle for decent, dignified living conditions. In Montreal, particularly encouraging is the launch of a new, direct-action oriented "Southwest Solidarity Network," a group of tenants in several working-class neighbourhoods who have come together "to support each other in our individual struggles and solidarity through collective organizing to deal with specific job, housing, and other problems caused by the rich and powerful."

We shouldn't forget that the Rental Board exists in the first place because of a long and storied past of popular struggle in Quebec, and that our best hope for the future lies in the continuation of that legacy. Most importantly, we shouldn't forget that what we're fighting for is a world without any landlords, without any bosses, without the monthly choice between groceries and rent.

—On Quebec's Student Strike
—Margaret Wente Hates Herself
—Why is the CBC Doing Such a Terrible Job of Covering the Quebec Student Strike?