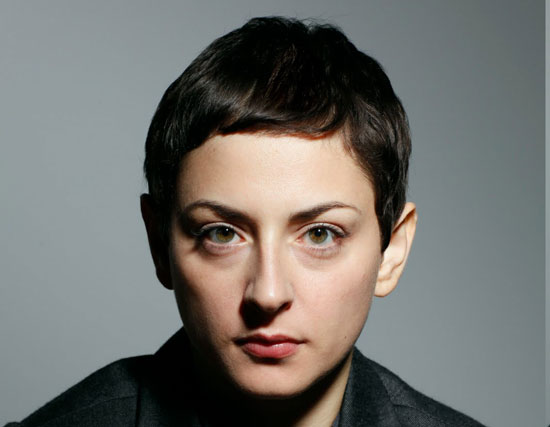 A few months ago, as I was furiously reading and re-reading Kate Zambreno's Heroines (Semiotext(e)), my new homeopathic remedies arrived in the mail. One of the dropper bottles had been marked by my practitioner: "1 drop every night, or as needed for fear of being too much." The timing was almost too good. In Heroines, Zambreno writes about the women of modernism. She reclaims and reinterprets the biographies of people like Jane Bowles and Zelda Fitzgerald and Vivien(ne) Eliot, who were pathologized, diagnosed as hysterics for their excesses of emotion, even as all that Being Too Much was appropriated by their husbands as material, for use in their works—books that would later be canonized as Great American Literature.

Reading Zambreno's meditations on this kind of pathologizing, I thought a lot about the state of Being Too Much versus the desire—and what also, often, feels like the feminist responsibility—to Take Up Space. We talk a lot about Taking Up Space. Why don't the women in the audience at the event ask any questions? Why do I introduce myself as a waitress instead of saying I'm a writer? But there's a strange disconnect somewhere between Being Too Much and yet not Taking Up Enough Space, which sound like they should at least resemble each other, or that one should be en route to the other. I think that I am Too Much, and it feels like I am oozing all over the floor. I tell myself that I need to learn to Take Up Space, and Taking Up Space seems like it should look like something more solid, something that knows how to express its well-formed opinions calmly and yet with force.

Heroines is passionate and sprawling and unapologetic; it infuriated and obsessed me. I read and I underlined and I copied out whole paragraphs and I felt so angry and then I had this awful moment where I realized that I might be the man in my own life telling me that I'm Too Much. I was nodding along as Zambreno called out the patriarchal mores that tell women they're crazy, but the truth is that I have swallowed so much of that myself that I am the first person to call myself crazy; I will beat you to the punch.

Heroines provoked a lot of reaction—much of it positive, some of it less so. Jessica Winter, writing in the fall issue of Bookforum, exhorts Zambreno to pick up a newspaper. In the wake of the recession, she says, aren't most people just worried about paying the rent? Zambreno's writing, says Winter, "reads like a misogynist's broad parody of a feminist artist: slapping at shadows, barking comebacks at scarecrows." But not everything can be quantified with statistics like the VIDA counts; you can't graph what kinds of emotional outbursts are allowed. Does this mean we can't talk about it?

That's the thing about the silencing of women writers: part of its violence lies in the fact that it will never make the news. In the fact that you can read feminist texts and make arguments and feel alive in the face of another woman's bravery, but somewhere deep inside there is still an obedient voice that says Yes but you're crazy, you're Too Much, and it can be loud enough to effectively shut you up. I know where that voice comes from; I know why I shouldn't listen to it. And so I feel that I am supposed to be past this. I am embarrassed to admit that I am not entirely there yet.

Because sometimes it's just scary, to feel so much, and then it's scary to own up to that fear. Sometimes I'm scared of myself, the force of the feelings I often can't contain, and I wish I weren't scared and I struggle with myself over it, and I don't know how to get out from underneath that fear sometimes. I don't even know how to confront this fear, even as I rationally know where it comes from and what it means and why I should overcome it. I read back my own notebooks suspiciously, wondering if I was really being honest. I get carried away in an argument and lash out, expressing how I really feel, and then I regret it for days, squirming and anxious as I relive my own honesty. I am still battling that bred-in need to please and be loved.

And so, my reaction, when I read in Heroines about Lucia Joyce throwing a chair across the room, shrieking, "I AM THE ARTIST!", is to think about how fucking great that is. How she was not telling herself that she was crazy—she was saying Fuck you for not listening to me. I feel a rush of release reading about Zelda burning her clothes in the bathtub, Vivien(ne) throwing her nightgown out the window. The men in their lives censored their work, institutionalized them, but these women weren't biting their tongues, containing themselves. At least in those moments, they didn't wash their faces and fold their hands and smile like pretty ladies; they set the place on fire.

(Of course, for Zelda and Lucia and Vivien(ne) and so many of the other women about whom Zambreno writes, the consequences for lashing out were very real, and in many cases tragic. As Zambreno points out, the men were allowed to own their eccentricities, their excesses; it went along with their genius. But the women weren't forgiven; there was no room for their excess. Can I applaud those moments in which these women did cry out, push back, spill over, despite the policing of their behavior, without glamorizing the breakdown?)

Compose yourself. Compose yourself. They are supposed to hold it in. To control themselves. Perhaps the fury is one's own containment. If one wasn't so contained, one wouldn't be so furious.

"I found the emotionless condition a great strain, all the time. I used to think I should burst out and scream and dance," writes Vivien(ne).

If there was room to get emotional and not fear being written off because of it; if I didn't struggle to control those emotions in order to be taken seriously, and then become angry at the thought of silencing myself, and then silence that anger and so on in a continual loop; basically, if I could Take Up Space in a way in which I could still be myself, then I have a feeling that it all wouldn't seem like Being Too Much anymore. I wouldn't feel like I was spilling over the boundary of "appropriate behavior," if that boundary were a little more malleable, a little less judgmental. There wouldn't be the same urge to smash up against it or kick it down. And since I don't see permission to alter those boundaries coming from anywhere else, maybe I just have to give it to myself.

I love this story Kate Durbin tells, in a conversation with Zambreno at Her Kind, about Lady Gaga and Marina Abramović:

There was this interview Gaga did with SHOWSTUDIO, wherein Marina Abramović called in—many celebs called in. Abramović asked Gaga the question: "Who creates limits?" Gaga answered, "We do," and then she said to the interviewer: "You see how simple her [Abramović's] question was? That's because she's fucking free." The interviewer asked Gaga to explain, and she said, after gushing about seeing "The Artist is Present" in NYC, and gushing about "Rhythm O," Abramović's famous performance wherein she let the audience abuse her, almost to the point of death, without surrendering or   bowing her head: "That bitch trusts herself, and she trusts her art."

Chris Kraus recently said in an interview that the work she loves the most is "the work that doesn't try to make itself loveable." I, too, love this kind of work. I find it brave and exciting and truthful and important. And I admire it because it's hard to break those habits. To realize that the love and approval of someone else is not going to get you to a place of trusting yourself. And any worthwhile work is not going to come out of any other place. This is, for me, tied to the idea of giving permission to yourself, of deciding to Take Up Space in a way that doesn't stifle. Trusting yourself to make your own limits.

The final section of Heroines discusses the space afforded by the internet, the world of feminist blogs and Tumblrs, for criticism that is free to be subjective, to have feelings. In these spaces, one can find an ongoing conversation that delves into much of what I've been discussing here, and, in fact, goes further, is more confrontational, takes more risks. I am saying nothing new in wondering about how to do away with a dichotomy in which one isn't Taking Up Enough Space and yet is Too Much. The fear that persists, the struggle with that learned longing to please and be loved—these are rather unoriginal confessions, but what if that's the important thing about them? That I am not the first to say this, but am going to talk about it anyway. I feel uncertain and vulnerable, writing this. There is no data with which to arm myself, it's all so subjective, but does that mean I can't talk about it? I want to figure out what Taking Up Space could look like for me, and I don't really know how else to do that except for out-loud. Even if it's boring, even if it's unoriginal, even if I'm less articulate than I want to be, less certain. Maybe I'm already Taking Up Space, just by Talking About It Anyway.

I had this idea, a few months back, that red lipstick would help somehow. That maybe I had been a tomboy as a child because girly things like makeup were a kind of Taking Up Space that I didn't have the guts for. And so I went to Sephora for the first time in my life and one of the women working there noticed me shuffling around the lipsticks, awkward and lost, and took me by the hand. "Is this your first red?" she asked, solemnly.

Heroines gives itself permission to be the kind of work of criticism that sometimes has tears in its eyes, that is a little red in the face by the end of the argument because it just loves the books so much; it is so invested. It is these qualities that make the book feel vast, voluptuous, while at the same time focused. It is heavily researched, sharply observed. It Takes Up Space but it does so on its own terms. And that Zambreno sets this example and does so boldly is, for me, one of the most exciting things about the work. "Perhaps," she writes, "it's okay that I am porous, sensitive, excessive, emotional. But we do need to be brave. We do need to write despite it all." Make our own limits. Talk about it anyway.