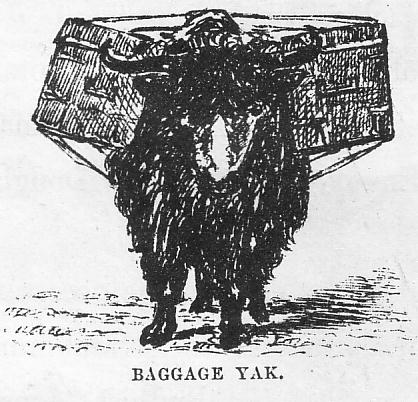 I used to spend entire days on Greyhound buses, criss-crossing the continent from coast to coast. I would curl up on the itchy, carpeted seat and, leaning my head against the window, disappear into America. I met drifters, photographers, military vets on their way to truck-driving school. Before the financial crisis, nearly everyone was crossing state lines to visit their kids. Afterward, nearly everyone was looking for work.

As the gas stations slipped by, punctuated by stretches of emptiness, I was struck by the contrast between the suspended reality of the bus rides and the cluttered reality of my everyday life. Getting on the bus represented a paring-down, if only for three days. But one of my journeys took things a step further and provided an unsolicited crash course in Zen simplicity: one afternoon, in Amarillo, Texas, Greyhound lost my backpack.

Sometimes, the jettisoning of one’s former self is the perfect manifestation of the quarter-life-crisis: I remember people in my dorm giving away everything except their denim cutoffs before embarking on a pilgrimage to Nepal. Long before our childhood sticker books and stamp collections became Tumblrs and RSS feeds, we were a generation of collectors and hoarders, and, as a result, a generation of purgers and cleansers. Our trappings serve as an outward definition of who and what we are, and the reactionary shedding of these symbols takes on its own sense of self-discovery.

I didn’t think about any of this until my bag got off the bus—without me—in Amarillo. (Population 190,695, and home to a mean taqueria.) When I arrived in Los Angeles days later, I turned to a baggage attendant and asked, “There’s no grey backpack on there, is there?” He replied with a look of wry regret. “Nope.”

As I sat sobbing on the tile floor of the bus terminal, mascara streaking the lenses of my glasses, I mourned the loss of—what? I wasn’t quite sure. The contents of the backpack were, after all, just things. The reaction of each employee to whom I turned for help echoed something that was already running through my head. Their indifference said, “This is not a big deal.” So did the cavernous storage area, its soaring ceilings brushed by endless shelves of long-lost, unclaimed bags.

Forsaking one’s possessions has a long history; it’s a common thread in Christianity, Judaism and Buddhism. Gandhi, Lao Tzu and Confucius are among the thinkers who encouraged the renunciation of material things. Adherents hold that the rejection of this worldly clutter inspires spiritual introspection. Casting away objects can also help to release the emotions they inspire. It’s all about letting go. But this is not something we’re very good at. You can buy “zen minimalist” houses for upwards of a million dollars.

The contents of my bag are destined for a life of limbo in some Texas warehouse. I remember specific items in conjunction with certain events, like a blue-and-white polka-dot dress I wore to a free concert in 2008, and a lace bodysuit that’s immortalized in a series of pictures from my favourite dive bar. While it’s true that we attach memories to objects, this meaning tends to persist without them. When we die, the things we own are often little more than an inconvenience to our loved ones, and our relationship to our stuff is usually just an extension of our emotional state at any given time. It’s called “baggage” for a reason.

A few hours after my bag disappeared, I sat at the front of a bus hurtling up and down fog-swathed coastal roads through the black California night. Just before sunrise, I arrived in Santa Cruz, where I picked up some plaid shirts and a pair of leggings to see me through the rest of my trip. It turns out that I didn’t really need anything else.

—An Airside Gambol
—Standing By
—Why You Should Travel