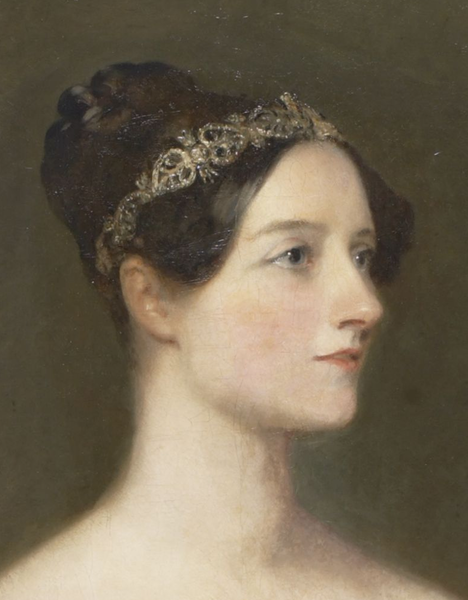 In 1994, when our family got a desktop computer and a dial up internet connection, my mom was mostly a stay-at-home mom. Though there were stacks of advanced-level math books somewhere in our house, souvenirs from her master's degree, she spent her time hanging out with a pair of toddlers, planting carrots with us in our backyard garden and taking us to visit the horses that lived down the street. But on the other side of the screeching sound that Netscape made as it jockeyed for control of the telephone line was a world of online forums and tech chat rooms. Here, while her toddlers were on playdates or taking naps, my mom learned the computing language known as C++.

Today is international Ada Lovelace Day, in honour of the woman who, a century and a half ago, published the very first computer algorithms. In recognition of the fact that it is hard to become what you can't see, the Lovelace holiday was created as an occasion to share stories of successful women in tech.

Lovelace had her own personal role model: her mom was a mathematician who raised her on numbers and science. Lovelace grew up to work with a mathematician named Charles Babbage. He had an idea for a machine made of metal and gears that could compute mathematical formula. Lovelace expanded on the potential uses for the machine – symbols! music! – and contributed the first published algorithms to Babbage's work. “[She] has thrown her magical spell around the most abstract of the Sciences,” Babbage wrote in a letter to physicist Michael Faraday. The Analytical Engine was never fully built, but Lovelace's algorithms became the inspiration for the first computers in the 1940s.

Perhaps computer science is the child of a matriarch, but it was raised in a world dominated by men. I don't have to tell you how the story goes; it’s all Jobs and Gates and Zuckerberg, canonized in just-so stories involving dorm rooms and garages and triumphs of nerds. These days, “bro-grammer” is the common word to refer to the people who seem to run the offices that create the world's thinking machines. They work in spaces that skew heavily male, that often, despite meritocratic points of entry, range from frigid to toxic to outsiders.

Mom started off with little gigs: first reviewing a programming book, then some work on a piece of accounting software for a parent of one of my little sister's preschool classmates. By the time my sister started Kindergarten, my mom was working part time at a software firm downtown. The first person I knew in tech was the woman who told me bedtime stories about Hobbits, who sent me off to school everyday with a note in my lunchbox. “Love you” was sometimes followed by a “PS –,“ and then a little math problem.

—Age of the Algorithm
—The Intelligent Universe
—RiPod