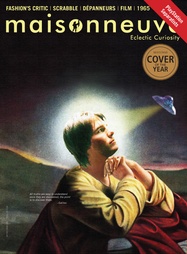 When I told Mr. V I was moving, we held each other’s gaze. A mutual sadness passed between us.

“Thanks for the cigarettes and beer,” my silent look said, “and the discount on scissors you gave me a while ago to break back into my house.”

“Thanks for buying the cigarettes and beer,” his wordless expression replied. “I wouldn’t have given you the discount if I’d known you were leaving.”

When I arrived in Montreal from Halifax in 1995, the sight of beer and wine at the corner store was thrilling. But I didn’t smoke, and my roommates were two aspiring med students who did nothing but study.  Beer runs were basically non-existent. I lost out on the elusive sense of belonging that knowing your local dépanneur guy can give.

After changing roommates and apartments the following year, I had my first real dep-guy relationship. The man was a cordial Indian.  Late one night, I sauntered in and offered to work for him on week- ends. “You don’t even have to pay me real money,” I said. “You can pay me in beer.”

His counter-offer was classic deponomics. He agreed not to pay me. In return, I could eat and drink anything in the store. But I was not allowed any beer, cigarettes or lottery tickets. Like many dep guys, he seemed to be giving me what I wanted while leaving me feeling totally cheated.

My next dep guy, a disagreeable francophone, wore a cap like Mel from Mel’s Diner on Alice and sold after-hours beer with a 100-percent markup from his back entrance. The late-night excursions to his back alley made me feel as though I had finally earned my dep bona fides.

When choosing an apartment, the state of the closest dep should be a factor. Don’t fool yourself: on cold winter nights, you will not be going anywhere else. Evaluate the beer supply, potato-chip selection, cigarette stock, magazine rack, the quality and quirkiness of the owner and the store’s overall cleanliness. Don’t expect to be able to eat off the floor of a dep. Heavens no. But pebbles of rat feces or a countertop with layers of dep guy’s previous lunches are, or should be, unacceptable.

In addition to the things I actually buy, the array of products inside a dépanneur is also important to me. I prize the selection of nail clippers, hairnets and moustache combs that have resided behind the counter for the past twenty-eight years. I’m also fond of deps that sell things you should never buy at a dep. A lonely head of cauliflower. Arabic batteries. Jewellery.

My experience at the Mel’s Diner of deps ended when I moved to Mile End. I immediately selected a small store on Avenue du Parc. The owner and I had many wonderful drunken conversations until the time I ventured in one night around dinner- time. He had just microwaved what my Nova Scotian nose reluctantly informed me was probably octopus. Buying beer there became difficult for me after that. There was no choice. I had to move.

Mr. V was highly motivated. Even though I was a dedicated consumer of beer and cigarettes, he would still, without fail, offer me lottery tickets. Beer, cigarettes and lotto: the dépanneurial Holy Trinity. Mr. V was a very devout person.

At one point, Mr. V sold pictures painted by his kids. It was kind of a joke, but he would happily take your money. He also helped new arrivals apply for refugee status in Canada.  I’d walk in and there he was, hunkered over the counter, poring over documents with another man or two.  If Mr. V wasn’t working, his wife or a family relation was. Regular customers felt part of a good thing. Even the 135-percent markup on kitchen cleaning supplies gave you a warm, fuzzy feeling.

Mr. V’s store also featured a classic dep character: the dep guy’s friend, the guy who hangs around, the other guy. Or as I call him: Not-exactly-dep-guy. NEDG.

Mr. V’s NEDG was David. Over my three years with Mr. V, David told me his life story. He had a child in Cuba. He had attended Brandeis University. He sent money south every month.

The NEDG occupies a tenuous position in the wafer-thin social hierarchy of the dépanneur. He does not stand behind the cash register— yet if dep guy is busy, he will venture behind the counter and ring you up. The NEDG may occasionally do a delivery or count your empties. He may even engage you in foggy conversation. But his tally of empties is always ignored by the real dep guy, who performs his own official recount. The NEDG is a James Dean manque, a reluctant rebel without a job.

Recently, I went back to visit the great Mr. V. Would he remember me? What would we say? Dare I confess that I had missed him? What about his wife, who thought a magazine I once edited was “filthy reading”?

I took a deep breath and walked in. Mr. V was there, alone, behind the counter.

“Where do you live now?”

“I bought a place farther north.”

I reluctantly named my price.

Mr. V looked away. His lips moved as if he was about to spit out a sunflower seed, though none were in his mouth.
Unsettling silence. I had to buy something. On the countertop sat a new display case of flavoured cigarillos. I grabbed several and stacked them on the counter, proud that I had found something with which to pay my respects.

Mr. V looked down at them with a plain smile.

[Note: This piece won Silver in the "Humour" category of the National Magazine Awards.]