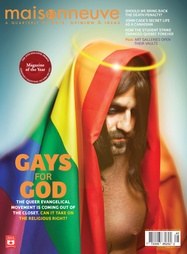 Every convicted criminal ever executed in Canada was hanged, and the last two were no exception. On December 11, 1962, Arthur Lucas, found guilty in the gruesome murder of a police informant and a witness, “came to his death at the Common Gaol of the County of York ... from being hanged by the neck until he was dead.” With him on the gallows was Ronald Turpin, also convicted of murder, who met an identical end.

By then, executions were uncommon; between 1957 and 1963, fifty-two of the sixty-six death sentences handed down in Canada were commuted. Before hanging Lucas and Turpin, the authorities took considerable measures to avoid a public outcry. On December 5, Prime Minister John Diefenbaker’s cabinet decided not to commute the two men’s sentences, but kept the decision confidential, even from the prisoners, until the day before the execution. As a memo to Minister of Justice Donald Fleming explains, this was, in part, a way “to keep to a minimum the time in which persons opposed to such a decision may attack it prior to the execution of sentence.”

For its part, the CBC refused to air a radio broadcast of a speech by Osgoode Hall law professor Desmond Morton, who had written an op-ed in the Globe and Mail condemning the coming executions. The network’s spokesperson reasoned that the speech “would not be in good taste and would serve no useful purpose.” The precautions were effective. On the day before the hanging, a single protester paced before Toronto’s Don Jail, placard in hand.

Historically, Canada has had an ambivalent relationship with the death penalty. Since its founding, the country executed 710 people—697 men and thirteen women—before abolishing the practice in 1976. (By comparison, the United States executed 15,269 people between 1608 and 2002, according to one report.) In 1986, bowing to public pressure, Brian Mulroney’s Progressive Conservative government held a free vote in the House of Commons on the question of whether to reinstate the death penalty. Mulroney himself was against it; the final tally was 148 against, 127 in favour. Since then, the subject has mostly slipped out of the public consciousness, reappearing only when some particularly heinous crime briefly reignites Canadians’ desire for retribution.

This December will mark the fiftieth anniversary of the hanging of Arthur Lucas and Ronald Turpin, which makes the death penalty’s recent topicality surprisingly fitting. Earlier this year, during a debate about the rising costs of housing prisoners, Conservative senator Pierre-Hugues Boisvenu told reporters that “each assassin should have the right to a rope in his cell to make a decision about his or her life.” The statement provoked outrage from opposition parties and suicide-prevention advocates. Although Boisvenu retracted his comments, he triggered a conversation that quickly gained traction in the media. A Toronto Star poll found that 63 percent of Canadians would support the death penalty in certain situations; the National Post reported similar findings, citing a 2010 survey indicating that 62 percent of the population believes the punishment is appropriate for murderers.

Boisvenu thinks it is. The senator was quick to call for a public dialogue on capital punishment, remarking that, “as a society, I think that is something we should discuss.” Soon after, National Post columnist and editor Matt Gurney seconded the proposition, writing that Boisvenu had “awkwardly stumbled onto a potential winning issue.” Two high-profile criminal trials—the Russell Williams and Tori Stafford cases—have also sparked new calls for a return to the practice.

While some might cringe at the thought of revisiting such a divisive debate, a national conversation on the death penalty in Canada has the potential to transcend tired arguments about crime and punishment. Such a discussion could instead draw attention to an oft-ignored characteristic of legal authority: its inherent violence.

To most people, laws appear largely innocuous, inscribed as they are into everyday life. We don’t often question laws that regulate workplace safety, for example, or even day-to-day police activity. A closer look at the authority upon which the legal system rests, however, shakes such presuppositions. In his essay “Critique of Violence,” famed political theorist Walter Benjamin writes that a “latent presence of violence” permeates the law in all its forms, wherever it exists and however it is implemented. Benjamin identifies two types of legally sanctioned force: law-making violence, which creates new laws and sets the bounds of a particular political order (think European colonial adventures), and law-preserving violence, which sustains an existing political order (think mandatory military service). The connection between coercion and the law is a bond that cannot be broken. No amount of goodwill or enlightened policy-making can change the fact that  “what parliament achieves in vital affairs can only be those legal decrees that in their origin and outcome are attended by violence.”

Nowhere in the legal code is this more evident than in the death penalty. “Where the highest violence, that over life and death, occurs in the legal system,” Benjamin continues, “the origins of law jut manifestly and fearsomely into existence.” In other words, when the state kills someone, it exposes its essence. To question capital punishment, then, necessitates questioning the entire political context in which it takes place. In the face of this realization, the usual conversations surrounding the death penalty—those dealing with economic efficiency, criminal deterrence or the possibility of rehabilitation—appear petty and superficial. Arguments for or against executions ignore a more important problem: the legitimacy of capital punishment’s foundational authority.

We are hesitant to wade into these conversations—perhaps because we fear the unsettling conclusions we might draw—but, regardless of our reluctance, traces of this violence can be found in the aging pages of Department of Justice files. Political and legal documents about capital punishment refer to the law as though it charts a course determined by forces outside of human control—as if it has a power all its own. The orders-in-council condemning Lucas and Turpin to death state that “His Excellency the Governor General in Council is unable to order any interference with the sentence of the court.” In his report to cabinet, Lucas’ trial judge writes of the law in the same manner: “I have no recommendation to make that the law should not take its course.”

Even the documents from Canada’s very first execution strike a similar note. On December 11, 1867—ninety-five years to the day before Lucas and Turpin met their maker—one Ethan Allen was hanged. His file, compiled while the nation was still in its infancy, contains far less material than those of Lucas and Turpin. But though its papers are more brittle and yellowed, its handwritten pages lacking a typewriter’s precision, the language is the same. “In this case,” reads the report sent to cabinet by Minister of Justice John A. Macdonald, “the law should be allowed to take its course.”

The law can “take its course” because, once established, the political and legal bounds it sets are unquestionable. For Benjamin, the law is considered legitimate because it is seen as “the representation and preservation of an order imposed by fate.” It is not appeals to reason that uphold the legal system, he argues, but rather its mythical force.

In 1962, the federal cabinet and the CBC actively tried to limit public discussion of capital punishment. Today, politicians, bureaucrats and broadcasters don’t need to stifle discourse—we do it for them, as the scolding delivered upon Boisvenu demonstrates. But we must challenge the sense of inevitability that is innate to legal authority, and a national conversation—one that sees the death penalty not as a problem to be solved but as a window onto the law itself—is a good way to start. Only then will we be able to imagine alternatives to a sovereignty founded and maintained by violence.