The Oil Man and the Sea, the second book from Vancouver journalist Arno Kopecky, is available in bookstores and online now.

Michael was a natural storyteller who nevertheless spoke slowly, and chose his own words carefully. In this he fit seamlessly into coastal First Nation culture, aided further by a sensitivity for the volatile waters of coastal politics. He told us he’d first fallen in love with the Great Bear Rainforest on a kayaking trip ten years earlier, and carving out a new life here represented a dream come true.

For the last two years, for better and worse, that dream had revolved around the Joint Review Panel’s three stone-faced members charged with overseeing the public hearings into the Northern Gateway Pipeline Project. It was the Joint Review Panel’s job to visit every town along the pipeline and tanker routes, many of them twice, and listen to thousands of hours of testimony from thousands of individuals; the process resembled a sprawling criminal court case in which the JRP was the judge, Enbridge the defendant, and the public was the prosecutor. Or perhaps those last two were the other way round. It often seemed that Enbridge was the prosecutor, and it was the public who had to defend its right to keep oil tankers out of their backyard. Certainly, the project was innocent until proven guilty, and it was up to a concerned public to convince the panel beyond a reasonable doubt that Northern Gateway’s risks outweighed its benefits. The whole process would take approximately fourteen months, after which the panel would submit its report to the National Energy Board with a conclusion: either Northern Gateway was in the public interest or it wasn’t. 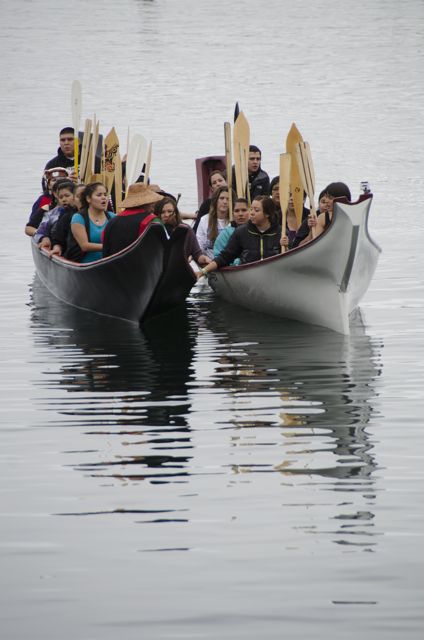 The panel members refused to speak with the press for the duration of the review process; the only way to gauge their thoughts was to look at their faces and study their backgrounds, which were mixed. All three were jointly appointed by the minister of environment and the National Energy Board. Sheila Leggett, the panel’s chairperson, was vice-president of the National Energy Board, the government agency responsible for regulating Canada’s 71,000 kilometers of pipeline; the NEB wasn’t known for turning down pipeline applications, but Leggett was also a founding board member of Alberta Ecotrust, an NGO thatwas known for its staunch environmental advocacy. Kenneth Bateman, the second panel member, also sat on the board of the NEB. Prior to that he’d been vice president at ENMAX, a Canadian utility that developed one of the largest wind farms in the country. The third member was Hans Matthews, a geologist and mining advocate who spent eighteen years as president of the Canadian Aboriginal Minerals Association; in the context of Northern Gateway, Matthews’ job history mattered less than his ethnicity, for he was an Ojibway from Ontario’s Wahnapitae First Nation, also known (to critics of the Northern Gateway, who quite universally distrusted the public review process) as The Token Indian.

Whether or not the Joint Review Panel members were predisposed to approve of Northern Gateway, the Harper Administration must have had its doubts because, shortly before we left on our journey, Cabinet gave itself the power to overrule both the panel’s recommendation and the NEB’s decision. 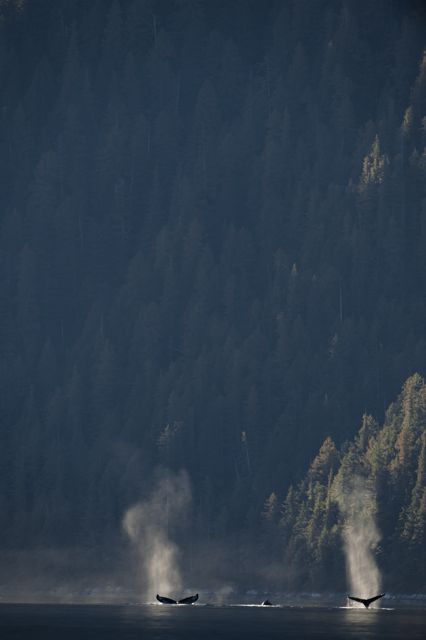 But the prime minister’s life would be a lot easier if the panel sided with him. One night when we were chatting with Michael Reid aboard the Skomalt, we asked him: “Do you believe in the JRP’s neutrality?”

“I have to,” he replied. “Otherwise everything I’ve been advising the Gitga’at Nation to spend their money on is bullshit. They’ve spent almost a million dollars by now, on environmental impact assessments, economic impact assessments, cultural impact assessments. But in all honesty, I haven’t seen anything to make me think the Joint Review Panel isn’t genuinely listening. Convincing them is the best chance we’ve got. But a lot of people will tell you otherwise, especially the Heiltsuk. They see what happened at the last hearing in Bella Bella as proof of the panel’s contempt for First Nations in general.”

What happened: The most memorable of all the JRP’s hearings were the ones that didn’t take place in the remote island town of Bella Bella on April 1, 2012. That was the day the JRP members’ plane touched down in Bella Bella, world capital of the Heiltsuk Nation, for the first of four daysof scheduled hearings. Over two hundred Heiltsuk protesters had gathered at the airport to greet the panel with anti-Enbridge, no-tanker banners, chanting the ubiquitous coastal slogan: “No Tankers, No Pipeline, No Problem!” News cameras, which followed every step of the panel’s progress throughout British Columbia, were on hand to film the occasion, and it must be admitted that the scene broadcast to the nation didn’t look terribly frightening. Nevertheless, the panel members panicked at the sight of all those protesters, in particular the young man who stepped off the side of the road and rapped on their window. They declared the scene a security threat, and called the hearings off. 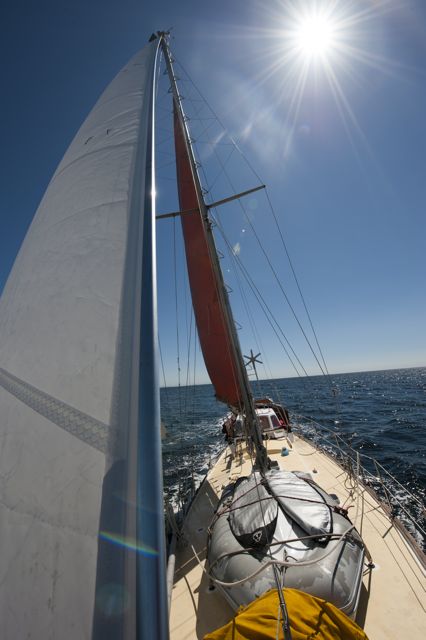 Said the Joint Review Panel (in an email to the Heiltsuk Tribal Council): “The Panel cannot be in a situation where it is unsure that the crowd will be peaceful...Based on our experiences this afternoon, the Panel is concerned that a meaningful hearing cannot be achieved.”

Said Bella Bella’s RCMP detachment to journalists at the time: “The protest was a peaceful demonstration and there were no incidents to report of.”

Said Jennifer Carpenter, Bella Bella’s resident anthropologist: “We have footage of grandmothers and children banging drums on the side of the road. That’s what they were afraid of?”

Said Jessie Housty, the Heiltsuk Tribal Council’s newest councilor, and chief anti-tanker agitator: “It actually worked out well for us, because we have irrefutable evidence that they were lying when they said they felt threatened. There was absolutely no threat in sight. It’s ludicrous, and the whole country knows it.”

Said Michael Reid: “The panel members got on the first Seabus to Shearwater and that night they went to the pub. Ian and I were there. It was one of the strangest nights of my life. The pub was packed and everyone in it was drunk, including us and the panel members. They weren’t shy at all. It was too good an opportunity to miss. Ian started right in on Bateman, calling him a coward for running away. I wound up talking to the First Nations guy, Matthews, but I didn’t want to accuse him of anything. I just wanted to hear his side of the story.” 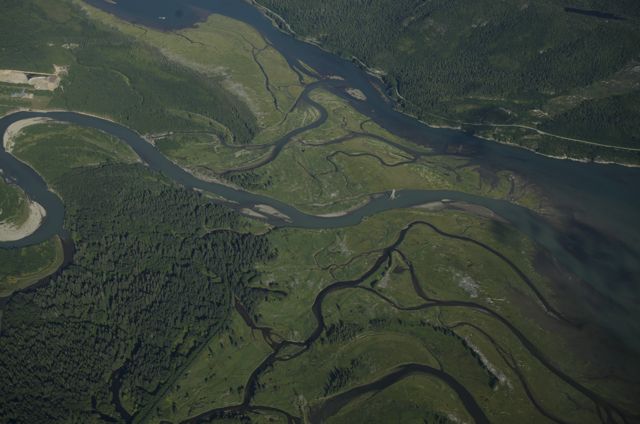 This was Matthews’ side of the story:

The chiefs of Bella Bella had agreed to roll out the red carpet for the panel members on their arrival, just as the Haida had done, as the Gitga’at had done, as the Haisla had done—as just about every coastal tribe had done when the panel came to their respective towns. Feasts were prepared, songs were sung, chiefs went to the airport to greet and escort them into town. And this was supposed to happen in Bella Bella too, but at the last minute there was a strange kerfuffle; it turned out that the grand chief of the Heiltsuk Nation, a man named Toby Moody, was on the same flight as the Joint Review Panel, and his arrival overshadowed that of the panel members. It was for him that the lesser chiefs of the Heiltsuk Nation now waited at the airport; when Moody stepped off the plane, it was to him that the entourage flocked, leaving the panel members to huddle alone in a strange airport with crowds of protesters banging drums outside and no one but a single security guard to keep them company. Their welcoming committee thus vanished, the panel waited in confusion until finally their taxi driver came in of his own volition and brought them outside to his van. No sooner had they started driving than one of the protesters knocked on the van window in an attempt to get the people inside to look at his placard; at precisely the same moment, the security guard, who had entered the van with the panel members, saw a commotion on the road ahead whereby someone happened to drive his vehicle into the ditch. The security guard panicked and made an executive decision that it wasn’t safe to proceed, a decision that the jittery panel members made no effort to sway. They turned around, and later, instead of going to the community hall for the welcoming feast that awaited them, went to the dock and caught the seabus to Shearwater. Once there they went to the Fishermen’s Bar and Grill, where a few drinks put everyone in a better, more talkative mood. 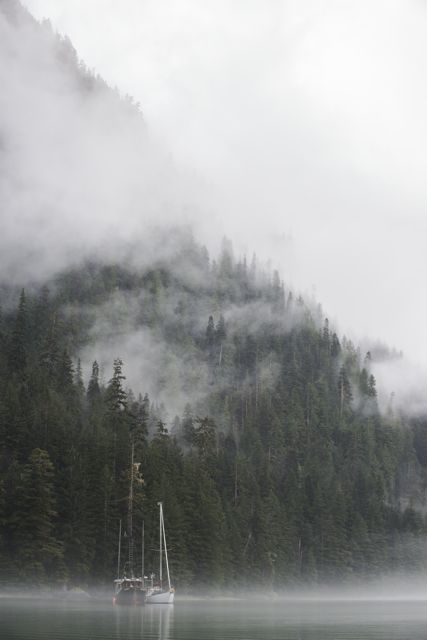 The panel eventually relented and agreed to resume the Bella Bella hearings, but a day and a half was lost along with a lifetime of goodwill, and several people who signed up never got the chance to speak.

“He said to me,” said Michael of his conversation with The Token Indian: “‘We don’t have to come to any of these towns. The JRP has total control over which communities it visits. We made a particular point of coming here in the first place, and they treated us like enemies.’”

The Oil Man and the Sea by Arno Kopecky is published by Douglas & McIntyre, $26.95 CAD. Available online  or at your local bookstore.

—The Tar Sands Trap
—Our Tar-Sands Man in Washington
—The Book Room: Issue 45