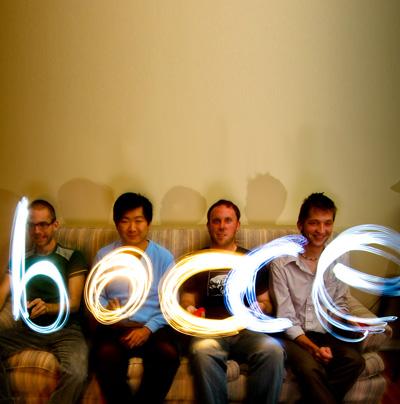 Pop Montreal hosts a lot of shows worth your time and dollars. Here are some of them. As usual, though, the definitive guide is over at Said the Gramophone.

The Youjsh, 10:30 p.m.
Bruce Peninsula, 11:30 p.m.
Il Motore
Your Jewish grandfather of ambiguous Eastern European background brings out his old records, plays them at the wrong rpm. Your mom takes away his double and downs it herself. She does her best Joplin imitation.

Fever Ray, 9:30 p.m.
Metropolis
This will be a spectacle. Karin Dreijer Andersson, best known from her work in the Knife, makes solo music that gives you the heebie-jeebies. You’re not scared by it, just slowly and quietly creeped out.

Mono, 9:30 p.m.
La Tulipe
On record, Mono are not particularly interesting; other bands did those delay-heavy, high-pitched notes (Mogwai) and crunchy explosions (Mogwai again) earlier and better. But live—if sheer volume counts for anything—Mono are a treat. The first time I saw them, when that unexpected burst erupts in “Halcyon (Beautiful Days),” a big goofy grin spread across my face.

Butthole Surfers, 10:30 p.m.
Olympia
There’s an episode of The Simpsons in which the Flanders family loses everything in a hurricane. Stranded in the church rescue shelter, Todd Flanders tells his parents, “We got new clothes from the donation bin!” He’s wearing a Butthole Surfers t-shirt. He proudly announces, “I’m a surfer!”

Kids on TV, 1:10 a.m.
Casa del Popolo
Kids on TV have a song that goes, “We don’t have to take our clothes off to have a good time, oh no.” It’s terribly misleading. The song “Cockwolves,” which involves a lot of howling and discussion of eating meat, gives you a much more accurate picture of what this show will look like.

Gobble Gobble, 8 p.m.
Bocce, 9 p.m.
Saphir
This is not for those who wish to stand still. Both of these bands create furious, unexpected danceparties. Note that this show has been moved to Saphir and is happening much earlier in the evening—the cops shut down Zoobizarre. Sound familiar?

One Hundred Dollars, 10 p.m.
Hollerado, midnight
Bar St. Laurent II
One Hundred Dollars are best known for their “regional 7-inch series,” which involves them releasing area-specific singles on various labels across Canada. It sounds hokey, but in both interviews and lyrics, the band is frank and unromantic about Canada—this is nationalism as lived experience rather than conceit. Hollerado are another band one might accuse of gimmickry—their recent “Residency Tour” saw them play the same seven clubs in the same seven cities for four straight weeks—but they make utterly unironic singalong rock.

Black Feelings, 8:30 p.m.
Faust, 9:30 p.m.
Ukrainian Federation
The past and future of forward-thinking music. Black Feelings are a new Les Angles Morts, back from the dead and even mightier; Faust need no introduction as the kings of Krautrock.

Forest City Lovers, 11 p.m.
The Luyas, midnight
The D’Urbervilles, 1 a.m.
Casa del Popolo
These are three fine bands. When Kat Burns of Forest City Lovers sings, “But I’m waiting to see if you’re waiting for me,” you catch yourself protesting, “Yes, I’m waiting!” I miss SS Cardiacs, but the Luyas have taken singer Jessie Stein’s previous effort and broken it open, shaping stranger and stronger pop. And the D’Urbervilles write songs that would have once been called “angular”; now they simply sound well-angled and sly. (Also see the Luyas October 4 at 3 p.m. at Phonopolis.)

Parlovr, midnight
Think About Life, 1 a.m.
Espace Réunion
End your night here, but make sure you’ve still got some energy. This is very straightforwardly loveable music.

Espace Réunion and 5202 Hutchison, all day
Relax—it’s been a long weekend. Hang around la Place Ubisoft for the room-sized theremin Pop is so excited about, and for the Take Away Shows screening hosted by creator Vincent Moon. Also take this opportunity to swing by 5202 Hutchison for Charles Spearin’s Happiness Project exhibition, running every day of Pop from 2 p.m. to 8 p.m.