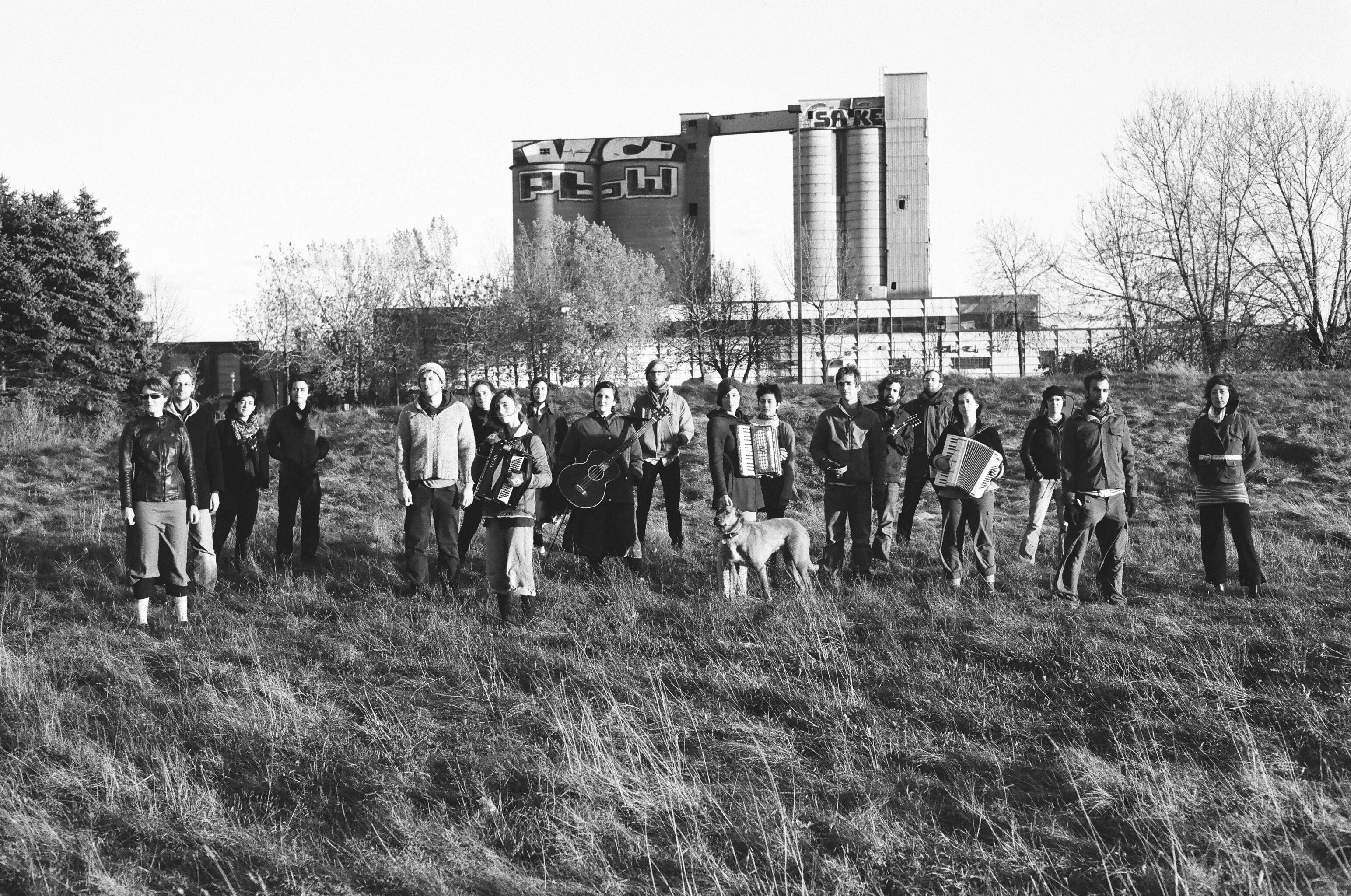 I would call this self-promotion if I weren’t hyping someone else’s baby: this week in Montreal, a musical ensemble called the Coal Choir (I am a member) will stage a play. Titled Olivia: A Folk Opera, it recreates the final hours of Maria Olivia Ramirez Rabiela, who died alone on December 1, 2007, and was not found until five weeks later. The play is less an opera than a tragedy, with the Choir as a chorus, shifting about the protagonist like a noisy, inky-black whirpool. We sing. Sometimes we dance, though even when it is joyous, the movement is tinged with something weightier.

There are over twenty people in the Coal Choir. Each of us brings a voice and a personality, and several members in particular have worked hard to pull this play together, in areas like acting, set design, blocking and administrative tasks. But the Coal Choir, in content if not in form, is Katherine Peacock. She performs under the name Mussaver, and she has played in a host of local acts, most notably the now-defunct Telefauna. Peacock is also tremendously, staggeringly talented. Even when we in the Choir do not do justice to her songs, their power is still apparent.

Olivia is very much Peacock’s story. The real Olivia was her friend, an eccentric domestic worker from Mexico. In rehearsals, I am always hyper-aware of this Olivia I never knew; when things get light-hearted and someone cracks a joke about Olivia the character, I get tense. I know it is silly, since six-hour practices demand comic relief, and laughing at death is the best way to confront it. But the seriousness of the matter still looms large. This was a person, this woman we are commemorating.

You should come to see Olivia. It is, I think, a rare chance to participate in something rather unique. Although in the dialogue I hear Beckett and Ionesco, and in the music I hear Silver Mt. Zion and the Anthology of American Folk Music, and in the motions I sometimes feel like any minute now we might burst into a weird-pop off-Broadway musical, Olivia in sum is like nothing else I have ever been in. The play begins with the words, “For wanting to remember/for wanting to forget.” Like most of the Coal Choir’s lyrics, that line is more effective at setting a mood than at saying anything explicitly. Olivia does something similar. It is baffling, but you will come away moved.

Olivia: A Folk Opera runs November 25, 26 and 28 at St. James United Church (463 Ste. Catherine). Doors open at 7 p.m. Tickets are $12 in advance or $15 at the door, and are available at these locations. Proceeds will be donated to the Montreal City Mission and the Immigrant Workers Centre. [Edit: Saturday night's performance is now sold out. Please come Wednesday or Thursday.]