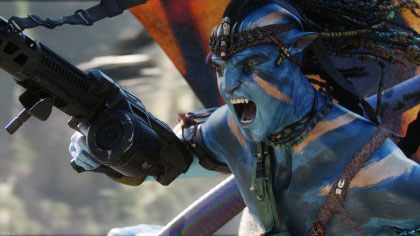 James Cameron’s mother dreamed of a twelve-foot-tall blue woman. Cameron wanted Avatar’s alien sex scene to be more explicit, Na’vi females had breasts even though the race was not placental, and Hustler will make a pornographic Avatar parody. Google China treated its staff to Avatar after threatening to leave the country. China pulled the 2D version of Avatar from theatres amid concerns the film would rival Confucius or spark a revolution. Avatar was the highest-grossing film in the history of China, Australia, Russia, South Korea, Spain and Vietnam, and has grossed $1.7 billion worldwide.

A former Malaysia premier said that if the US could create Avatar, it could have faked the September 11, 2001 attacks. Avatar was the third movie Bolivian President Evo Morales had ever seen in theatres. The First Family saw Avatar at 10:45 in the morning, but journalists could not see Michelle Obama. The Holy See accused Avatar of promoting paganism, conservatives deemed it anti-American and anti-capitalist, leftists called it racist, the Marines termed it anti-military, and anti-cigarette activists said it promoted smoking. Welsh theatregoers failed to notice a fire due to Avatar’s onscreen explosions. The Na’vi language was based on Maori, Russians said Avatar was plagiarized, and Avatar was the same movie as Dances With Wolves. In the 1957 short story Call Me Joe, a paralyzed man controls an alien body with his mind.

Every minute of Avatar used 17.28GB of data. It took James Cameron two weeks to write Avatar, and he will turn it into a novel and two sequels. After Avatar, Cameron directed Laser Cats 5. Cameron liked the colour blue. Viewers complained of nausea, headaches, dizziness and blurry vision, and got depressed and suicidal because Earth was so much uglier than Pandora. Avatar had the uncanny valley effect. Avatar saved MySpace and American Idol but killed a 42-year-old Taiwanese man, a 24-year-old Romanian student, and Spider-Man 4. Unobtanium was impossible.