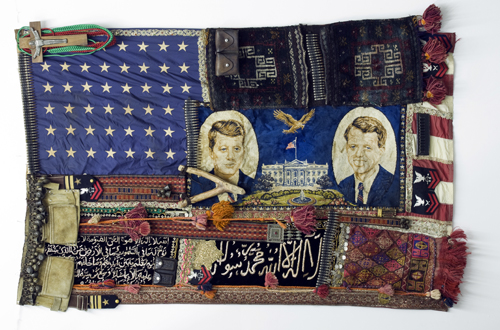 This year, rabid American patriots have armed themselves with everything from fire to crowbars. Luckily for us, Sara Rahbar has so far managed to evade their seamrippers. The Tehran-born artist, who grew up in Queens, NY, patches together evocative American flags from a pile of weapons, Persian textiles, even Shiite self-flagellation whips. Orientalizing, indeed. But that doesn't mean it's anti-American. 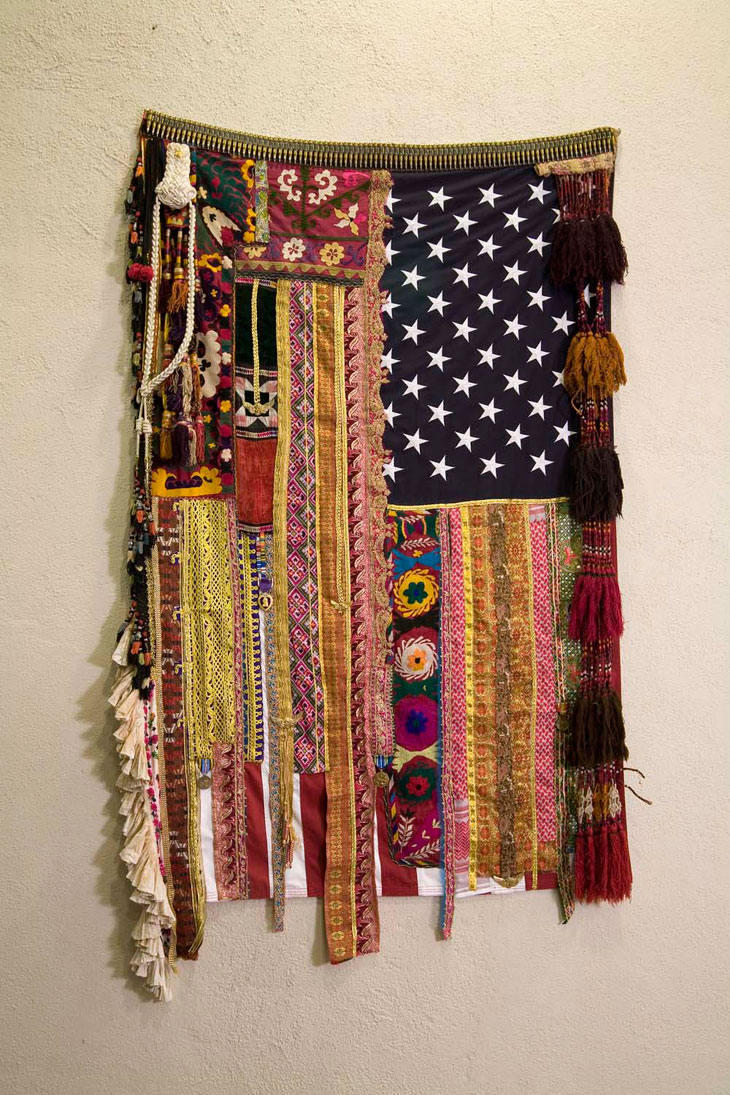 The flags were born of Rahbar's twin identities as an Iranian and an American—which everyone knows go together just like cheddar cheese and apple pie! She currently splits her time between Iran and NYC, where she also works on photography projects.

“I don’t want to be a fly-by-night artist, recognized by curators because my country’s on fire. That’s a terrible thought,” Rahbar told Guernica magazine in June. “My work is foremost about the human desire to belong; it is not a statement about growing up Iranian-American.”

—Hey! Pay Attention: Jenny Holzer's New Show at DHC/ART Gallery
—Mapping Segregation
—Where the Hell's My Gas Mask? Or: How the Police Trashed My Camera Equipment Because I Was Dressed Like a Cowboy