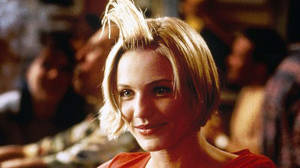 I'm sure you've been so swamped with emails regarding your article about women not being funny that you won't even read this. But I'm gonna have to add to the hate-on. Because seriously. Dude. WTF. What was that? I felt let down, Ms. McLaren. For one thing, the piece was like some kind of ranty teen blog. So it was partly a crushed-ideals-of-journalism thing for me. Plus I was bored and offended at the exact same time. So were my friends, and then we had to Facebook about it for a while so we could all cool down.

I'm just baffled that this kind of stuff gets printed in the Globe and Mail. I mean, I write my share of crappy articles, but not for the Globe and Mail. I have to think that someone at the Globe and Mail is, you know, hiring smart people to critique our culture with insight. It's Canada's key paper, right. So I'm more than baffled. I'm disturbed and disheartened. And I'm in a sort of Sarah Palin quandary. I'm happy the discussion of women and humour is being raised, but I wish it were being discussed more intelligently. Hell, with gusto, research and eloquence.

I was disappointed by your examples of humour in pop culture. They were just post-work, half-hour, cable-surfing referencing. They were a first-Google attempt. It makes me worry for your cultural wellbeing, Ms. McLaren. Read: Hannah Tinti. Read: Sarah Steinberg. Read: Susan Holbrook. Think: Diabolo Cody, Dominique Michel, Sandra Oh, Margaret Cho, Fran Lebowitz. I mean, even Ellen Degeneres can be hilarious. She's on daytime TV. She didn't cross your mind? Sample some old guard: Carol Burnett, Whoopi Goldberg, Attack of the 50 Foot Woman, Diane Keaton, Lucille Ball, Dolly Parton, Bride of Frankenstein, Dorothy Parker. Any of the Golden Girls. I mean, look at Betty White. She even wins awards. You must have seen her on the tube a couple of times at least.

Why aren't there a ton of hilarious movies about or starring or written by women? That's the question that's the subtext of your piece, no? Well, Ms. McLaren, I think it's because we're not in charge. We're not even half in charge. And we're still playing into stereotypes to keep hold of whatever scraps of power we can. It sucks. But the fact is that women, in a world where most continents are inhospitable to equal rights, have so much more to lose than men by making light of their respectability. Even for that split second of a punchline. Most women still don't have much of a voice politically, or even in their families. Which is not to say they're not funny. Think of the last kitchen party you went to. What were you doing? Maybe there was some chuckling. Probably there was some gossip. Hopefully someone said something inappropriate. Unless it was a kitchen party with your boring friends, and then probably you were talking about dulas and puking in your mouth.

A creative writing teacher once said to me, about a story I'd written, "Is good, is good, you humiliate yourself, is funny." It was kind of a breakthrough for me. As your lady Oprah would say, a bit of an aha moment. I think, like many women, I hadn't realized how stuck I was in ideas of propriety. So re: your comment about funny material and the ladies: the thing about humour is that it has a lot to do with turning around ideas of propriety. Whether the material's absurd or raunchy or vaudevillian or all hammed up—or even just tart—humour provides an opportunity to criticize the status quo. The question to ask is: why are women not criticizing the status quo publicly? The question is: are women allowing themselves to be honest? Clearly we're a riot. But it's okay, it's lauded, when men to break rules for the sake of humour, because they won't suffer the same repercussions to their character. They won't be shamed. It's sort of a Charlie Sheen vs. Lindsay Lohan kind of situ, the humour thing.

The thing is, humour's not about slumping on your sofa and scratching your crotch and forgetting about the nine-to-five. It's contentious. It wakes us up more than it renders us oblivious. Funny builds rapprochement—consider the way that cracking someone up gives you a leg up if you're wooing. Someone who makes fun of themselves helps others laugh at their own flaws. Vulnerability is def part of the humour shtick. Humour can be a way of seeing the baldness of things, the impossible tragedy of life, which is why it can be so grotesque. It can be a radical thing: humour bends the rules. Bending the rules lets you see that they are there. And we're still pretty bound up in unspoken rules about gendered behaviour.

The good thing is we're talking about it.

Also, I think Natalie Portman humping a pie could be pretty funny.