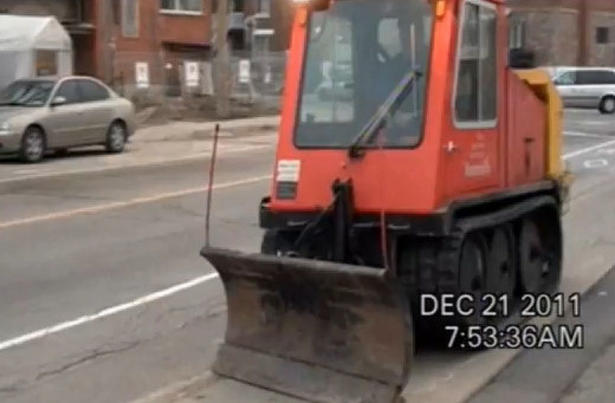 The video, if you haven't seen it yet, apparently shows this: municipal workers plowing the streets of Montreal's Villeray neighbourhood before there's even snow on the ground. It's titled "Only In Quebec"—a lamentation of wasteful public spending—and it's quickly gone viral. According to the Toronto Star, a spokesperson for the borough says the plows were spreading salt to prepare the roads for freezing rain later that day, although internet commenters have pointed out that salt is nowhere to be seen in the video.

Interestingly, a few outlets also pointed to our current cover story, written by Selena Ross, when they reported on the video. "Snow removal in Montreal came under fire this year when Maisonneuve magazine made the service the subject of its December 2011 cover story," wrote Tim Alamenciak of the Star. "The story investigates bid-rigging in the snow removal industry, comparing it to the construction industry, which is currently undergoing a two-year public inquiry over complaints of corruption." OpenFile Montreal, in its post about the video, also pointed readers to our exposé. The plows in the video appear to be municipal, while our story, "Getting Plowed," deals with collusion between private-sector snow-removal contractors. But it's nice to know that our report is having an impact, and that Montrealers are asking questions about their public services.

You can read "Getting Plowed" in our Winter issue, which is available on newsstands across Canada. You can also order the issue directly from us online.