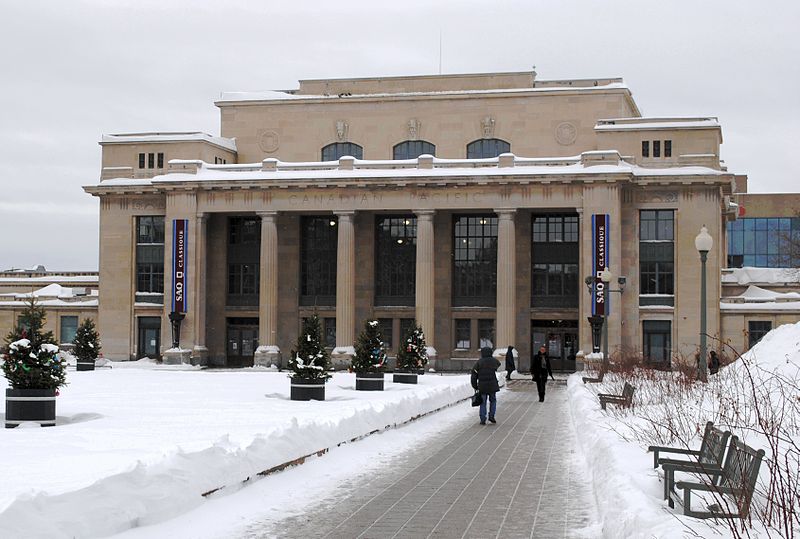 Gentrification is a curious beast. At its roots, it’s an economic process, with deep-pocketed developers displacing low-income populations. But like all aspects of North American capitalism, the economics of it are tied up in a mess of nasty, colonial tropes, aimed at legitimizing brutal acts of dispossession.

One of the major features of Orientalist logic, of course, is its power to reduce complex histories and cultures down to essentialist categories, to be understood and consumed by the authoritative, self-possessed (Western) observer. Hence, for Gollner, the proprietors and customers of a diverse cross-section of establishments are boiled down to the all-encompassing term “ethnic,” living in a neighbourhood where one finds “wildlife” rather than people—an “altogether different planet” where multi-purpose businesses are more a sign of the strange and mysterious than of immigrant families struggling to make ends meet. Nor does he spare the frontier metaphors: Parc Ex is variously a “hidden gem” and a “disappearing habitat,” fodder for waxing nostalgic for the era when Montreal was a “wide-open city.”

What’s most galling, though, is that Gollner recognizes but remains detached from the very gentrification he’s encouraging; he both acknowledges and revels in his unwelcomeness in many of the businesses he writes about. “That’s the thing about non-gentrified places,” he quips, “The gentry aren’t really welcome.” Maybe this sort of in-your-face conflict actually attracts cultural gentrifiers, giving them the illusion of difference from their suburban-dwelling parents. Gentrification scholar Sharon Zukin writes, “Culturally validated neighbourhoods automatically provide new middle classes with the collective identity and social credentials for which they strive … Moreover, the ideology of gentrification legitimizes their social reproduction, often despite the claims of an existing population.” As Gollner sums it up, hip young residents like the director of Pop Montreal “consider the edgy atmosphere part of the appeal.”

What is the result of all this? Primarily, the “magical” Parc Ex portrayed by Gollner is one erased of struggle and conflict, hardship and exploitation. It’s so much like an enchanted frontier, in fact, that it’s “almost un-capitalist.” This, in a neighbourhood where few dare to jaywalk, for fear of the omnipresent police cruisers waiting to scoop up one of the many undocumented migrant workers living in the area. This, in a neighbourhood that’s become infamous for its slumlords and deplorable living conditions; its apartments without running water and crawling with cockroaches. This, in a neighbourhood where almost 20 percent of the population pays 50 percent of its monthly income in rent, and where 81 percent of the total population are tenants, facing a high risk of displacement with the encroachment of condo projects and university residences.

In the end, just because Gollner’s piece was ostensibly about food and not politics doesn’t mean that he shouldn’t be held responsible for his role in perpetuating damaging stereotypes and processes of economic dispossession. In her book The Gentrification of the Mind: Witness to a Lost Imagination, Sarah Schulman writes that gentrification is “the removal of communities of diverse classes, ethnicities, races, sexualities, languages and points of view … and their replacement by more homogenized groups. With this comes the destruction of culture and relationship, and this destruction has profound consequences for the future lives of cities.”

This type of article needs to condemned as the simplistic cultural profiteering that it is. The future of Montreal—as a city where we can all live, not as “wildlife” to be consumed and discarded but as real people with real relationships and real attachments to our homes—is too important.