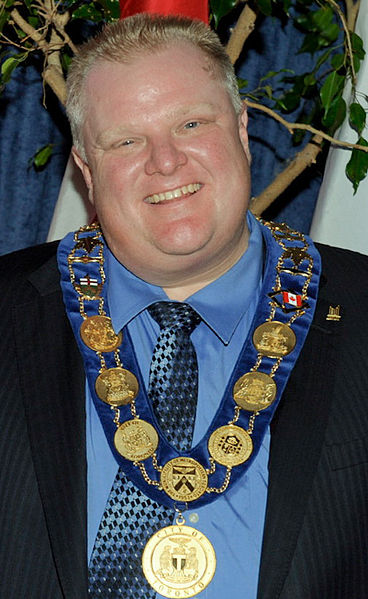 It might seem absurd to compare Rob Ford to Bill de Blasio, the progressive who recently won a landslide victory to become mayor of New York.

De Blasio’s immensely successful mayoral campaign made economic inequality a key issue and called for increased taxes on high-income earners, the creation of universal childcare, and better funding for affordable housing. His administration now appears set to pursue a program significantly to the left of the wishy-washy liberalism that dominates the Democratic Party establishment. Ford, by contrast, has made his reputation as an anti-tax and spend crusader waging a war against “elites” and the gratuity of civic institutions from within.

In both policy terms and outlook, the mayors of New York and Toronto are separated by a wide gulf. As populists, however, De Blasio and Ford have much in common.

A political style rather than an ideology, populism can be associated with either side of the political spectrum. Broadly speaking, it is anti-elitist, insurgent, divisive, disruptive of the status quo, and contends to address those who feel culturally, politically, or economically excluded from their society or community. For these reasons, it tends to worry and alienate the traditional centres of power, the media establishment, and the upper middle classes, which relish the comfort of stability, consensus, and technocratic management over the rhetoric of “us vs. them”.

Social and economic trends in both New York and Toronto have created fertile ground for such politics.

De Blasio’s victory occurs in the wake of a rising debate about income inequality and the power of America’s corporate plutocracy. He once addressed Occupy Wall Street, which made the schism between the “99%” and the rest its core political message, and frequently spoke about “two cities”, one rich and one poor, during his stump speeches. He succeeds a billionaire, pro-business mayor as emblematic of the 1% as anyone in American politics. His victory speech was delivered not in Manhattan, but in Brooklyn, and included a surprisingly lengthy passage in Spanish.

His mayoral campaign made economic inequality a key issue and called for increased taxes on people making over $500,000 a year, the creation of universal childcare, and the construction of some 200,000 new affordable housing units. In short, De Blasio successfully argued that a proactive and interventionist role for City Hall was needed to counteract the vertical, market-driven New York that had prospered under the pro-business Bloomberg. In doing so, he has achieved something increasingly rare in American politics: a genuine victory from the populist left.

Increasingly, Toronto is riven with the same class divisions as New York—we’re just responding to them differently. The title of a recent University of Toronto study—“The Three Cities”—suggests just how split Canada’s largest metropolis has become. The study showed that the trifurcation of Toronto’s neighbourhoods is intensifying. The “first city” is now mainly comprised of high-income neighbourhoods located close to the downtown core and proximate to the subway system. City two, which is predominantly middle income, wraps around it. City three is low-income and exists primarily in the northeastern and northwestern corners of post-amalgamation Toronto, far from the reach of the subway system.

The gap between rich and poor is also growing. Between 1970 and 2005 the number of middle income regions shrank considerably, from 66 per cent of neighborhoods in 1970 to just 29 per cent by 2005. Both the numbers of low-income and high-income neighborhoods have steadily risen and poverty has increasingly been exported to the peripheral regions of the city.

Rob Ford’s electoral success, as has been pointed out ad nauseum in recent months, owed much to the resentment and cultural polarization these inequalities produce. As in New York, voters rallied around a populist who made them feel that their voices were being heard. But unlike the disaffected voters of New York, Toronto’s voters chose a right-winger as their standard-bearer.

Populism always draws on anger towards the people perceived to be in power. In New York, during the mayoral campaign, those people were bankers and real estate developers, as well as the cops, whose aggressive stop-and-frisk tactics under police chief Ray Kelly disproportionately targeted black and Latino men—in other words, typical foes of the left.

Rob Ford chose different targets for his ire, presenting himself as a heroic rebel bravely standing up to the ossified culture of a decadent City Hall bureaucracy. This palatable, if largely baseless, narrative quickly brought thousands of voters into the fold. Its central idiom of the “gravy train”, and all of its component elements—waste, privilege, elitism, entitlement— functioned as a receptacle into which every kind of popular resentment towards mainstream Toronto could be poured.

Ford’s unpolished style and his persistent truculence before the media and other institutions of officialdom have proven the perfect engines for its delivery. His latest video appearance, looking and behaving thoroughly un-mayoral while drunkenly mimicking Patois and swearing about Toronto’s police chief, would surely sink any other Chief Magistrate. But it is precisely because of incidents like these and the way they disrupt the city’s perceived elitist equilibrium that Ford still commands such unwavering support in some quarters of the electorate.

In 2010, right wing populism captured the imagination—and the votes—of hundreds of thousands of Torontonians. With an election ten months down the road and the incumbent already promising a “bloodbath”, progressives in Toronto would do well to ask themselves why. And just maybe, by looking south to New York and De Blasio, they’ll figure out how to turn their city’s roiling populist energy into something other than Rob Ford.

—Rob Ford's History of Violence
—Growing Up with Addiction: An Open Letter to Rob Ford's Children
—The Ford Brothers and the Complicated Politics of Class