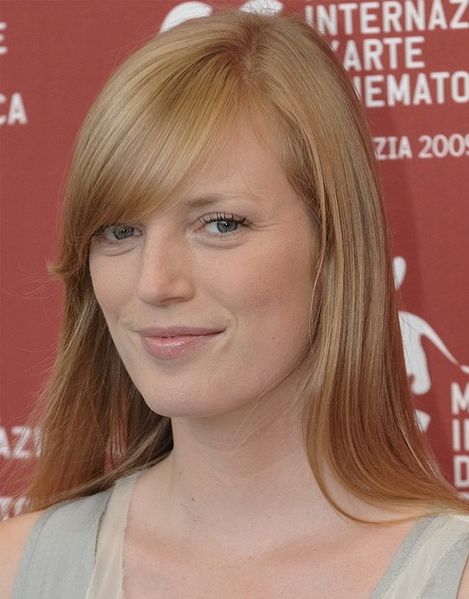 Eight years ago Sarah Polley met her dad. For 28 years, she had believed her biological father to be actor Michael Polley, but a DNA test revealed in January 2007 that it was in fact Montreal film producer Harry Gulkin. Polley's mother, Diane, had had an affair with Gulkin in 1978, more than a decade before she died in 1990. According to Polley’s documentary on the subject, Stories We Tell, it took the filmmaker until September 2007 to tell her non-biological father. It took her five more years to go public. In the meantime, several journalists, including Montreal Mirror film critic Matthew Hays, learned of the Canadian actress and director’s paternity. They all agreed to protect her privacy—no small feat considering Polley’s level of celebrity in Canada. “I like a great story as much as the next journalist," explains Hays. "But I’m a human being first."

So, what was the difference between these journalists and Caleb Hannan,  the author of the now-infamous Grantland piece, “Dr. V’s Magical Putter,” about a golf-club inventor named Essay Anne Vanderbilt? In the course of his research, Hannan discovered two things about his subject: she had invented credentials for herself, misleading investors, and she also happened to be a trans woman. Despite Vanderbilt’s pleas, Hannan continued to pry into his subject’s private life, going so far as to reveal Vanderbilt’s trans status to one of her investors. By the time the piece went live, containing the full story of Dr. V’s double life, she had killed herself.

After an initial round of praise, Hannan and Grantland were harshly criticized for their decision to out Dr. V. The verdict from readers was clear: sometimes journalists, sworn enemies of secrecy, have a moral obligation to keep a secret. In the wake of Polley’s Writer’s Guild Award on February 1, 2014 for Best Documentary Screenplay, it’s worth revisiting the Polley Affair for a case study in journalistic discretion.

On August 29, 2012, Stories We Tell debuted at the Venice Film Festival. The day of the premiere, Polley finally went public about her paternity, writing a lengthy blog post on the National Film Board site which praised the “extraordinary decency” of the Canadian journalists who protected her secret. Singling out Hays, Maclean's film critic Brian D. Johnson and Globe and Mail arts editor Gabe Gonda, Polley wrote, “while they very much wanted to print it, they all respected my wish to keep this story private until I was ready to tell it in my own words.”

Gonda was months into his new gig as arts editor of the Globe in the summer of 2012, when he met Polley amid “vague rumours” that she was working on an autobiographical documentary. “I wasn’t a reporter looking to work a source,” he says. “I was interested in the Globe’s overall relationship with Sarah as a Canadian artist of the first importance.” But when he discovered the story behind the film his interest shifted. “I told her I very much wanted it and I wanted it to ourselves,” Gonda says. In her blog post, Polley wrote that she did not offer interviews to any outlets prior to the film's release. “That was the only reason I could live with it,” Gonda admits.

But he still feels ambivalent. “I was really conflicted about it, but was I going to go back to the newsroom and dispatch the I-team to try and pry a copy of Sarah’s DVD from the people at Mongrel Media? That wasn’t going to happen. This isn’t WikiLeaks.” He thought it was more important to maintain a good relationship with Polley and, anyway, he respected the “integrity” of her approach to Stories. Having said that, Gonda couldn’t say with certainty whether or not he would have spilled the beans if someone had “slipped” the Globe an advanced copy of her documentary.

“Journalists are supposed to have a little ice water in their veins, right? We should be making calls based on what’s best for our audience,” he says, adding that he didn’t believe Stories necessarily “required the element of surprise to function” as a successful film. “I’m not sure that, all things considered, keeping her secret was the best thing for our readers.” What he does know is how he felt after being named in Polley’s blog post. “When I saw that I had been personally thanked, I winced,” Gonda says, “because, as a point of professional pride, journalists don’t necessarily want to be known for protecting subjects.”

Johnson didn’t seem to mind. The same day that Polley published her blog, he wrote a post for Maclean’s entitled “Protecting Sarah Polley’s Secret.” After hearing about her paternity through the grapevine, the film critic contacted Polley, whom he has known since she was a child star, to check out the story. She told him to hold off on writing about it. So he did. “There were a couple of reasons not to broach her secret aside from just burning future contact with her,” he says. “First of all, without her cooperation the story doesn’t really amount to much. Secondly, certainly when it became clear she was developing this story for her own artistic purposes—especially given that the movie in hindsight was about who owned the story—I thought she sort of had the right to it.”

Johnson has “no qualms” about his final decision. “I think it helped her film that it wasn’t exposed in the media before she had a chance to deal with it. I think it would have upstaged the film on some level,” he says. “It was sort of great to see the movie that resulted out of this secret and it certainly makes me relieved in hindsight that I didn’t take the hard-bitten journalist approach saying, ‘Well, we’re going to break the story anyway ‘cause we're in the news business.’”

In the end, Johnson was rewarded for his choice—he landed the first Polley interview. And while she and Vanderbilt are vastly different in so many ways—one chose not to disclose her paternity, the other chose not to disclose  she was trans; one is a celebrity, the other was not— what seems especially salient here is their power disparity. Polley has power, both through her fame and through her personal relationships with journalists. Vanderbilt did not. She was not famous and was unknown personally to Hannan and his colleagues. She also happened to be a trans woman, and thus subject to all the discrimination trans people face in our culture. For the journalists circling Polley, her power was one reason to respect her wishes. Hannan and his editors apparently saw no reason to do the same for Dr. V.