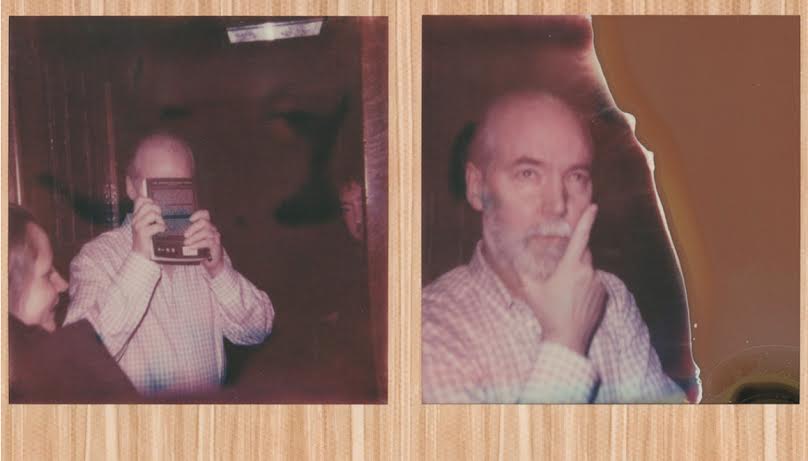 “There’s an unusual situation where there’s a hair growing sideways in my left nostril and it’s driving me crazy... that’s called too much information,” remarked Canadian author, visual artist and Maisonneuve contributor Douglas Coupland during the opening of his speech at the Embassy of Canada in Berlin. Each year, Transmediale—a Berlin-based festival that explores the intersection of art, technology and culture—organizes a lecture inviting a Canadian cultural figure to speak about Marshall McLuhan’s theories in a contemporary context.

Coupland, who wrote a biography on the Canadian media theorist titled Marshall McLuhan: You know nothing of my work!, delivered this year’s talk on the topic of digital trash—or what he referred to as the “unintended side effects of information and its delivery system.”

Appropriately, a screen above the author projected a rapid rotation of photographs from a series his 2002 series “Trash Only Canadians Will Understand”.  As the name suggests, the audience is treated with flashing agglomerations of Canadian junk gems, including a spaghetti sauce-covered Cheezies bag, a mangled Clamato container and a battered POGO box.

In many ways, Coupland is like McLuhan. Particularly, both Canadians are credited with popularizing notable cultural terms (“Generation X” and “global village” respectively) and both employ equivocal public speaking styles (read this account of Coupland at the International Festival of Authors 2013 and watch this McLuhan interview).

Throughout the lecture, Coupland skips from talking about how the internet facilitates the homogenization of human thinking to reading modified pieces from Shopping in Jail (his collection of non-fiction essays published last year) to discussing whether the internet will ultimately favour the individual or the group. But the most McLuhan-reminiscent and riveting part of the speech was when Coupland, in an attempt to illustrate how individuality can pluralize with technology’s ever-increasing speed and power, relayed a story about a hypothetical digital data doppelgänger.

“Let’s say you install an app on your laptop or your phone, let’s call this app Todd. He monitors your emails, memos and documents and, in doing so, Todd learns about you—the words you tend to use, the words you misspell, if you’re having your period,” began Coupland, “Todd is useful. Todd stops you from making errors. He corrects you, and makes you better along the way. And because you like Todd, you pay extra and upgrade to Todd Premium.”

Up until this point, Todd sounded strikingly similar to Siri, Apple’s intelligent personal assistant, or Samantha, the intelligent computer operating system from Spike Jonze’s latest sci-fi film Her. In other words, it sounded completely plausible and borderline banal.

Coupland continued on about how, with time, Todd begins analysing you at a deeper level—your shopping habits, the medication and illegal drugs you take, how you adapt your communication style depending on who you’re speaking to—and evolves into “some sort of personal butler slash parallel you.”

“A few years from now—in the near future—you get an email from Todd saying, ‘You know what? Let’s put your face on me.’ So through a simple 3D rotational scan at a local tech boutique, you can make Todd look just like you on screen.”

“At this point, there can’t be much he doesn’t know about you—he’s seen everything you’ve ever put into a search engine, he knows which friends you’re avoiding and he knows about your sex life. Not only this, he has an instantaneous total recall of where and when everything you did ever happened,” said Coupland. “Oh yeah, he’s also part of the internet. So Todd is now you and, in effect, your doppelgänger—except he’s more than that...he’s your ‘cloudganger’.

Upon hearing this relatively unused (and absurd-sounding) term, members of the audience broke into a chuckle. Others, I suspect, didn’t take Todd’s increasingly intrusive role in our hypothetical life as lightly, especially since the story appeared to be an homage to the prognostic nature of McLuhan’s work.

“Your cloudganger is actually a big tapeworm, a trillion bits long,” continued Coupland as his voice sped up. “He’ll read every email you ever sent, everything you’ve ever purchased, your edible history, everywhere you’ve ever been in front of a camera, your dating patterns, your child-rearing patterns, your voice, your inflections, the way you make typos. As an added bonus, Todd is connected to Google, Wikipedia, Al Jazeera and every other data trove on earth.”

After a long-winded unravelling of how—with the acceleration of technology and the internet—Todd evolves to become an idealized version of you, Coupland revealed that your cloudganger has mutinied.

“But you have to ask yourself about the true magnificence of Todd, whether the biological you is merely just a necessary transitional step for the universe to arrive at a sort of secular god,” said Coupland in an ominous tone. “I guess the point of all this, is that Todd is in you, Todd is all around you, he’s certainly in your trash can and he will one day transcend you.”

Photograph by Gord Iverson. The original image has been cropped.