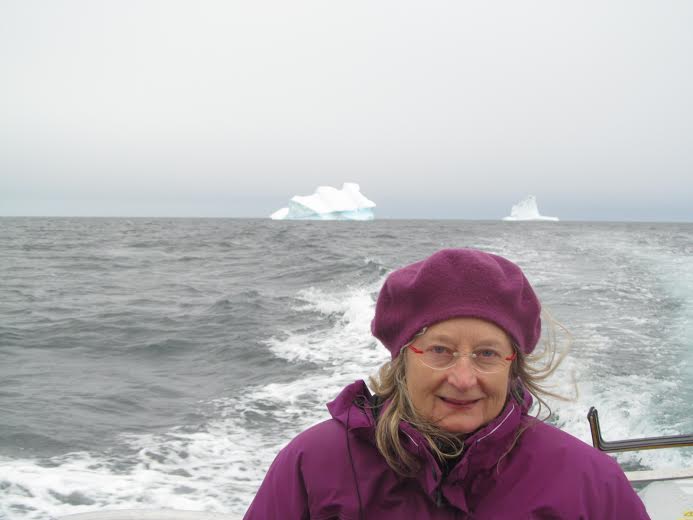 Our Summer 2014 cover story is an ambitious piece of investigative work by award-winning journalist Ann Silversides. Enabled by a grant, Silversides travelled to Nunavut to write about the territory’s struggles training, and retaining, nurses. Rhiannon Russell was the fact checker assigned to the piece. Here, she speaks with Silversides about how the feature came to be.

Rhiannon Russell: You’d been working for the Canadian Federation of Nurses Unions when you got the idea for this story. What kinds of stories were you hearing that drew your attention to nursing in the north?

Ann Silversides: The CFNU had some funding from Health Canada to conduct pilot projects across Canada—the Research to Action project—about ways to improve nursing. One of the projects was to work with nurses at Qikiqtani General Hospital in Iqaluit, where the main aim was to mentor nurses graduating from Arctic College and nurses from the south, given the wide range of conditions nurses have to care for at the hospital. There was a particular focus on critical care because there’s no ICU at the hospital, yet nurses have to care for patients, sometimes for days if the weather is bad, until they are they're medevac’ed to Ottawa.

RR: And then you applied for and received a grant that made the story possible. How did you prepare?

AS: I happened to be in Montreal when there was a health-related panel presentation that was a pre-conference event for the 2012 International Polar Year Conference. This was the conference that became infamous for the fact that Canadian scientists, unlike those from other countries, were not allowed to speak to the media without clearance from the federal government. Some of the key players in Nunavut health were at the seminar and they strongly recommended that, for background, I attend the International Circumpolar Health Congress in Fairbanks Alaska. So I travelled to Fairbanks. That conference was attended by all kinds of researchers, health care providers, academics and nurses from Canada, Alaska, Greenland, the Scandinavian countries, though there weren’t very many from Russia. Topics ranged from dental care in Alaska to a comparative study of Inuit nurses in Greenland and in Canada. The latter was a presentation by Helle Møller, a professor at Lakehead University. One of her findings was that Inuit graduates from Arctic College are often double-cultured or dual-cultured—they have a relative who is white, and they straddle the two worlds.

RR:  You write in the piece about the cultural divide between Nunavummiut and nurses who come to Nunavut from southern Canada.

AS: I went to Ghana for six weeks with CUSO as a journalist a few years ago and we had a week of orientation to help us think about different cultures, and different ways of being with people, and there were a lot of role playing exercises. From what I heard, I had more cultural orientation for that short CUSO trip than nurses get when they head north to work for on average about two and half years.

RR: My j-school professors said feature stories are like icebergs in that so much of the research and work is under the surface. Only a portion, the actual written piece, gets read. Were there any details or anecdotes of your travel that didn't make it into the piece that you still remember clearly or are particularly fond of?

AS: Oh, lots. And it is sometimes sad that so much is left “on the cutting room floor.”  For example, in Pangnirtung, I was amused to see one of those huge Economic Action Plan Canada billboards down by the harbour (which was being dredged)—in French and English. Only the words “harbour construction” were translated into Inuktitut.

In Iqaluit, I completely lucked out in my accommodation—a bed and breakfast on the outskirts of town right on the water. Matt Binkley, a freelance chef who had just cooked for a group with Arctic Kingdom Polar Expeditions, was also staying there, and one night, he hosted a special dinner gathering featuring country food. He had invited local chefs to help with the cooking. Carrefour Nunavut, representing francophones in Nunavut, helped sponsor the evening and brought wine. So I got to have this amazing meal of raw seal meat, seaweed, raw and also fried narwhale, grilled caribou steaks, finger clams and arctic char. Binkley’s assistant that night was Thomas Ford Rogers, nineteen, who was brought up in Whale Cove but was living in Rankin. He had previously flown to Ottawa to cook for royalty—Kate and William.

AS: When I was in Pangnirtung, Sakiasie Sowalooapik, the mayor of Pangnirtung gave me a quick history lesson about health care in Pang which, in 1972, became the first municipality in the territory that later became Nunavut. For several decades, the settlement was home to the only hospital in the eastern arctic—St. Luke’s Mission Hospital, which opened in 1930 and was run by the Anglican Church, in co-operation with the federal government. At the time, the nomadic population was scattered along the Cumberland Sound, engaged in hunting, fishing and harvesting. And that continued for decades. Vera Roberts, a British-trained nurse who accepted a job at the hospital in 1955, wrote that her Inuit patients lived in tents in traditional hunting camps, some of which were a four-day boat or dogsled trip away from the hospital. So all these huge changes since 1955!

RR: In your interviews, did you find that people were wary when they heard you were a journalist or were a bit guarded, perhaps due to past experiences before with media?

AS: In 2009, the Nunavut Tunngavik Inc. (NTI) produced a report on recruitment and retention of Inuit nurses that was quite critical of the government. However, the organization turned down my requests for them to comment on what (if anything) had changed since their report. They didn’t say why, but it might have been a circling of the wagons against a journalist from the south. Certainly, many of the nurses were nervous to speak to me privately. The nursing politics up there are tricky, especially since all (except agency) nurses are direct government employees. As I understand it, the government human resources department, not known for its expertise on nursing issues, is the first body to handle complaints about nurses, unlike anywhere else in Canada, where a special hospital committee or regional health authority would be the first group to screen complaints, some of which, if valid and important, might then be forwarded to the regulatory college for nurses.

RR: While in Nunavut, you were under close watch by the territorial government. What was it like having a minder?

AS: Well, it was unusual. [Laughs] I've never had anything like that before in my career. As I wrote in the article, it’s hard to know how Ron Wassink’s presence influenced the actual interviews, but some of these people we spoke with were clearly used to being interviewed, whether they liked it or not. If you look through the nursing publications from Nunavut, for example, you’ll see photos of the same Inuit nurses whom I interviewed. Even Joan Dignard, whom I interviewed at the suggestion of a Nunavut doctor at the Fairbanks, was profiled in a current issue of an in-flight magazine at the time of my visit.

RR: I didn't realize just how research-heavy the story was until I started to prepare it for fact checking. When you read it, it doesn’t feel bogged down by research. As you started working on the piece, was all the reading and digging ever daunting or overwhelming?

AS: There's sort of a dearth of good research about nursing and health related issues up there. And then, as both of us found, there is a lot of conflicting information and statistics in some cases. When I came back, it was like, oh my God, I really don’t know that much about the history of Nunavut. I was vaguely aware of the resettlement of Quebec Inuit to Grise Fiord, though I hadn’t read any of the books about it. I ordered—it was no longer in print—a second hand copy of Nunavut: Inuit Regain Control of Their Lands and Their Lives to educate myself, and I also subscribed to Northern Public Affairs.

I wish I’d done more research beforehand because I might have been able to ask better questions, though not necessarily questions directly related to nursing. I heard stories—like one about an Inuk family man, this was probably back in the 1950s, who worked in the mines to make enough money to buy a boat and go home, which is where he wanted to be. But once he was home, the RCMP went and got him and brought him back to the mine. Whole layers of authoritarian and really, well, racist stuff that was going on that I heard about.

So it was just that sort of level of ignorance going in to another culture. And heck, it’s not like we learned any of this in high school, at least not when I was there.

I researched what I could about the health system but there were no shortcuts—the Nunavut government operates on a consensus basis so, for example, there was no opposition health critic I could turn to for a critique of the system.

RR:  In the piece J-Source ran about you and this story, I found it interesting you said your first draft was written like a news feature, and your husband found it just okay. So you “relaxed” in the writing of your next draft. What does that mean?

AS: Well, for better or for worse, I spent a year at j-school and in those days, it was just the facts. And I was a hard news reporter for newspapers for a long time, so the idea of using the first person in a story was really difficult for me to handle. So relaxing meant allowing myself to write outside of my comfort zone.

RR: Last question: have you heard anything from the Nunavut government since the piece was published?

AS: I have heard nothing from the government and I don’t expect to. However, as soon as the story went live—I mean, free online—I started seeing people in Nunavut tweeting about it, and I began to hear back from interviewees, some with more stories to tell about dysfunctions in the system. Some of the academics and activists who helped me with background also got in touch and luckily they said the article seemed to be accurate and useful.