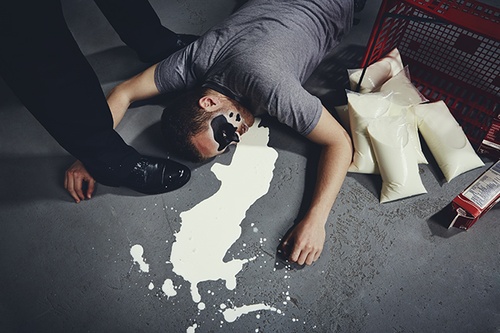 In his Summer 2014 feature, Justin Ling introduced us to the wonderfully weird world of the Canadian dairy lobby. The financial and political power of the Dairy Farmers of Canada is unmatched, with the industry reportedly spending up to $100 million per year on lobbying alone. Here, Ling shares his insights into the power of lobbyists within Canada, compliant politicians and illicit mozzarella smuggling.

Gina Beltran: Let’s start with the basics: what attracted you to writing a story on the Canadian dairy industry?

Justin Ling: It started out with a discussion with an editor at Maisonneuve where he basically said,“We want you to write a piece about lobbying in Ottawa and how lobbyists are kind of pushing the agenda.” I told him that lobbying is not nearly as powerful as people think it is. This isn’t America, lobbyists can’t carry around these briefcases cases full of money and promise big campaign contributions. Then I turned flippantly and said if you wanna talk about lobbying, really the only lobbying force that matters in Ottawa is the dairy lobby. And he said, “Well, write about that.”

GB: There’s a general sense that there is indeed a lobbying culture in Ottawa, but you suggest that the only strong lobbying force in Ottawa is dairy. Does this mean that the dairy lobby is not characteristic of Ottawa’s political functioning?

JL: No, it’s not, that’s what’s funny about it. The dairy lobby is probably unique. When people talk about the oil and gas sector having all this power in Ottawa, it really doesn’t; there is already a lot of agreement between the oil and gas sector and the federal government. And this is more or less true for all parties. Therefore, lobbying is helpful to make sure you’re both on the same page, but it’s not the be all and end all. That being said, that is why dairy is so weirdly unique in Ottawa; they carry more weight. Dairy lobbyists can go to Ottawa and say if you don’t do this, you’re gonna lose a lot of votes, or I’m gonna make sure all my members boycott you or stop donating or volunteering.

I wrote the opening of the piece during the MPs’ annual reception held by the dairy lobby and everybody goes; it’s probably one of the most well-attended receptions in Ottawa. If you don’t go there’s a bit of an aura about you, like you don’t care about the dairy lobby. But there’s not really a culture of lobbying in Ottawa, rather, there’s a culture of friendliness and closeness.

GB: Given that the dairy lobby is so powerful in Ottawa, how hard was it for you to undertake the necessary research? Were people willing to talk openly about it?

JL: It depends on what you’re looking for. It’s impossible to get MPs on the record to talk about this; no MP is gonna say that the dairy lobby is too powerful and that supply management is wrong. That being said, I had a couple of MPs who, off the record, hinted at general problems in the whole system. Of course I had ex-MPs say that supply management is a cartel that should be dismantled. I also had a lot of staffers and ex-staffers who were willing to say how things work within the party and within government. That was pretty helpful. If you have good sources in Ottawa, it doesn’t really matter that you cannot find politicians to go on the record, you can figure out what’s going on just from the staffers. So it wasn’t too hard, no, but given how popular supply management still is, it was somewhat difficult to actually find those people who do oppose it.

GB: In your article you mention that one of the consequences of the Dairy Farmers’ monopoly is a “booming black market”of cheese in Canada. Could you tell us a little bit more about this?

JL: I always knew it existed, but it’s really hard to find out about it. The Canadian Border Services Agency is not very forthcoming on this, and the Canadian government is very aggressive in seizing and destroying any cheese that people try to bring across the border. You can only bring $20 worth of cheese or you’ll have to pay a 246 percent tariff on it, which is astronomical and ridiculous.

So a lot of people are taken to smuggling cheese around the country. There was a case a couple years ago, around Cornwall or Windsor, where police busted a cheese-smuggling ring. Some folks were buying cheaper mozzarella across the border, stashing it in the trunk, and coming up to Canada to sell it to pizza parlours. This is not a serious plot, but these people went to jail. Not for very long, but they were arrested for smuggling mozzarella!

I talked to one import-export guy in Vancouver who is, apparently, notorious for being one of Canada’s big cheese smugglers. He’s involved in this community of cheese smugglers who are chefs or food aficionados who have learned systems to not get caught. It’s ridiculous; it’s a very Orwellian thing that our citizens have to hide their cheeses out of fear that the Canadian Border Services Agency will destroy them.

GB: As an investigative journalist, you work on controversial issues like the dairy market. What kind of feedback do you get from your readers?

JL: I get a broad spectrum of responses and I never know what kind of feedback I’m gonna get, so it’s always a surprise to find out.

At one point, I had a very, very, angry farmer who called me on a Saturday evening, yelled at me for half an hour, and wouldn’t let me hang up. People are really emotional about this stuff, so the more emotional the story, the more likely they will call you and yell at you.

This interview has been edited and condensed. Follow Justin Ling on Twitter at @Justin_Ling, and Gina Beltran at @gibeltran.