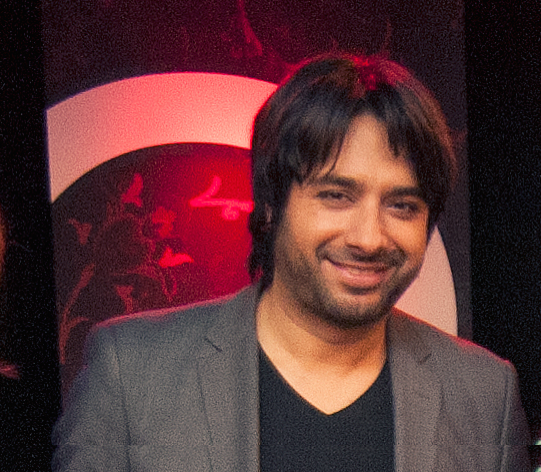 When I first moved to Toronto for journalism school in 2010, I told a mentor of mine that I liked Jian Ghomeshi’s radio show, and maybe I’d try to work with him someday. She sternly advised me not to—the first of many similar exchanges I’d quietly have with women in Canadian music and journalism.

As mutterings about Ghomeshi’s dismissal from the CBC began to whorl, my inkling, and the ultimately correct inkling of every Canadian media person I know, was that his well-whispered creepiness had at last been formally (a keyword) recorded by the CBC’s human resources department.

Jian Ghomeshi’s voice sounds like a latte being poured. He’s charming. Many find him a comfort. Get into a cab in any Canadian city on a weekday morning: Q is on the radio. It plays on one of the only stations you can hear in the woods. He is familiar.

So are his PR moves.

With the post, Ghomeshi mobilized an army of allies just in time. “His pre-emptive strike was aimed at hitting hard first, to intimidate and potentially reduce his enemy’s ability to respond, knowing that media stories were imminent,” says Heath Applebaum, owner and principle consultant at Toronto’s Echo Communications. “He knew that the CBC, with their privacy policies, and the anonymous women who refused to come forward publicly, would be at a disadvantage. He wanted to project the image that he had nothing to hide.”

Applebaum is one of three damage control (or reputation management) experts who agreed to comb through Ghomeshi’s Facebook note with me. For most outside Canada’s media microcosm, it was the first they’d ever heard about Ghomeshi’s dusky reputation. Initially, the post was “liked” by over 100,000 Facebook fans—that figure is in decline as more women come forward with accounts of violence and brutality. “It now appears to be a thinly veiled ploy to silence his critics and victims,” Applebaum says. “It was successful for about a day.”

Ghomeshi’s note was successful, however fleetingly, because it reinforced untruthful stereotypes about Good Men and Crazy Women. Texting “Happy Thursday” to a woman the morning after sexually assaulting her would be a move from the same playbook—to leave a person bewildered by hatching a reality too gruelling to confront.

From a PR standpoint, however, the note was (briefly) a pop-the-champagne-and-pat-yourselves-on-the-pinstripes work of persuasive writing. Below we will discuss some tactics therein:

1. Ghomeshi made the first move, to an easy and adoring crowd

“As friends and family of mine, you are owed the truth.”

“He certainly passed the test of timeliness," says Daniel Tisch, president and CEO of Argyle Communications. “He got out in front of the story and took advantage of the fact that, as an individual, he could be more mobile [than a brand]. He could be less constrained than the CBC in his communications.”

“The goal was simple,” Applebaum adds. “Get ahead of the story… frame the conversation to try and win in the all-important court of public opinion.” Applebaum notes that Ghomeshi’s chosen safe haven (Facebook) was “a classic damage control strategy to try and neutralize negative public opinion, and convince those undecided of innocence.”

2. He mentioned personal hardship in order to humanize himself

“This has been the hardest time of my life. I am reeling from the loss of my father. I am in deep personal pain and worried about my mom.”

“The loss of his father, that invokes sympathy,” says Kalene Morgan, a professor of public relations at Humber College’s School of Media Studies and Information Technology. “The whole idea of storytelling is to be specific about the details. The more specific you can be, the more you help a reader form an opinion.” By mentioning his anxiety, says Morgan, Ghomeshi earns reader empathy. “Anybody who’s ever felt anxious before is going to relate to that.”

“He begins by talking about his recent loss to connect with others and share his pain, which I have no doubt is true,” Applebaum says. “This is a very revealing, emotional account of his version of events.”

3. He admitted to something vulnerable

“I have always been interested in a variety of activities in the bedroom.”

“It is a common strategy employed both in the court of law and the court of public opinion to appear transparent and vulnerable. Perception becomes reality,” Applebaum says.

“Sexual preferences are a human right,” adds Morgan, reading back Ghomeshi’s post. “Six words that no one can argue against. Many people would fight for that.”

4. He normalized that vulnerability, then championed it, then mentioned The Giller Prize

“There’s no scandal around the Giller,” Morgan says. “It’s one of the best things that goes on in Canadian literature. He’s appealing to high-mindedness and saying, 'these are mainstream ideas.'”

5. He activated a trope, then discredited it

“…a campaign of false allegations pursued by a jilted ex-girlfriend and a freelance writer.”

“Ghomeshi cast himself as the powerless victim in this narrative, rather than the abusive victimizer of these 'jilted ex-girlfriends,'” Applebaum says.

Adds Tisch: “He has the edge because he's known and has many fans and admirers.”

Ghomeshi also referenced having female friends express concern for him. “That says to the reader, 'you should doubt this,'” Morgan says. (So does the term “freelance writer,” by the way, used for the same tactical reasons I believe the Star thought it had to note the victims being educated and employed.)

6. He made the story about something else

“Two weeks after the death of my beautiful father I have been fired from the CBC because of what I do in my private life.”

“If you’re doing crisis communications, what you want to do is get your client off the front page,” Morgan says. “You know you're successful when you're no longer the lead story.”

As Andrea Zanin, of the sexuality blog Sex Geek, put it, “the anonymous women who wanted to get involved with [Ghomeshi] at first aren’t complaining about how gross his supposed perversions are. They’re making allegations of regular old non-consensual violence…” The issue here is not drama or gossip, it is crime, harm, violation; living human people. That we found ourselves debating other things is the result of strategies reliant on casual antipathy toward women.

Buried beneath a corpulent lawsuit, a charming man and his sly post to Facebook is the fact that nine women—at least nine women—say they have been brutally assaulted. Jian Ghomeshi did not handwrite a note to the nation asking for amnesty. He tried to mute the reasons we’d be mad.