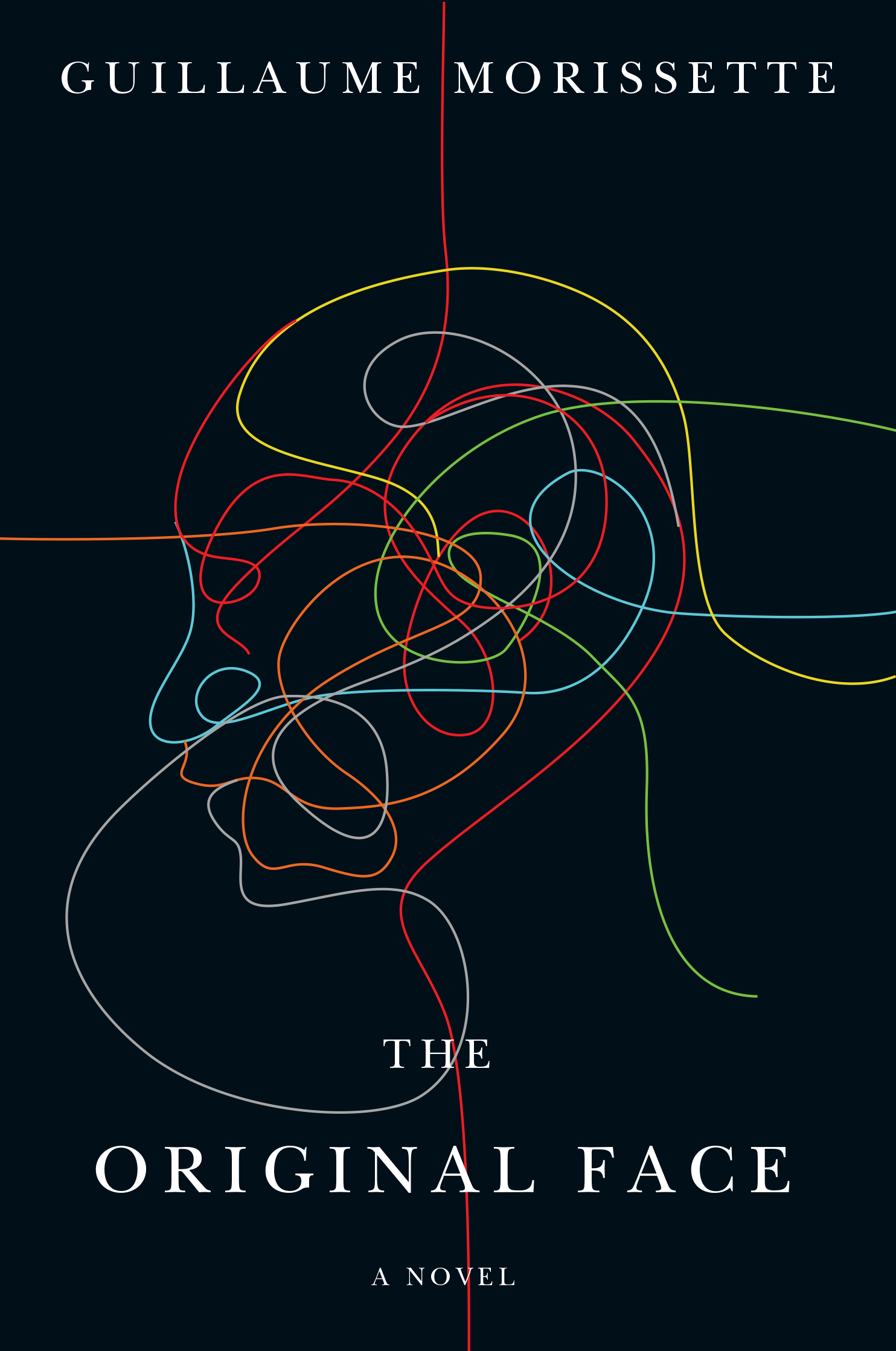 When I first moved to Montreal, I would often see Guillaume Morissette at a Starbucks near my apartment. He was always wearing headphones, nursing a coffee, and intensely focused, although I didn’t know what he was working on. Over the next year, Guillaume and I became friends, performing at each other’s events and starting up a publishing project. But I still never gained a sense of what his new book would be like—or even what it was called—until I received a review copy of it.

I finally read Guillaume’s second novel, The Original Face (Véhicule), from cover to cover during a flight from Montreal to Vancouver this summer. The narrative is propelled by contradicting themes and ideas it pits against one another, making the book feel like something alive and volatile. The protagonist is a twenty-nine-year-old internet artist named Daniel who freelances, quits jobs, and has trouble paying rent; money and anxiety also play a role in his doubts about his romantic relationship with a character named Grace. Daniel largely lives online, but views himself through the lens of ancient philosophy. The novel is primarily set in a Montreal that feels both slightly of the past, in terms of cultural references, and slightly of the future, when it comes to a changing climate and the increasing presence of technology. I met up with Guillaume at a bar called Snack N’ Blues to conduct an interview but it quickly became apparent that—like characters in the book—we’d be more comfortable and expressive online.This interview was conducted over email.

Thomas Molander: I was thinking the other day that dogs are the opposite of the internet.

Guillaume Morissette: That seems like a good place to start. When I was a kid, there was a dog that had lost its tail in an accident and it couldn’t wag to show other dogs it was happy, so the other dogs kept barking at it. The internet today kind of feels like that to me, like we use language to communicate with one another, but language is more than words, it’s also posture, tone, etc. It’s starting to feel like we need to come up with something better than language to communicate on the internet, or even in books. I think what I am trying to say is that I’d love to write a book that feels like the equivalent of a dog wagging its tail to show other dogs it’s looking for friendship.

TM: Some parts of the book seem inspired by your real life, which was also true of your first novel, New Tab. Why do you gravitate toward using autobiographical material in your books?

GM: Reality is kind of like cocaine for writers. It can supercharge your writing, but you can also end up paying a price, socially, for using material from your life. In the past year or so, I’ve lost some friends and personal relationships because of writing or decisions I’ve made, and it’s had an impact on my mental health. I am wondering if this book is both my best book so far and also the worst for my mental health. Lately I’ve been feeling like a mix between Voldemort from Harry Potter and Chandler from Friends.

This novel is more removed from me than New Tab was, but my goal was still to use fiction to talk about contemporary issues. I ended up writing about the gig economy, and in doing that, I sort of accidentally lost faith in the internet as it’s currently constructed, like I think we need to get away from centralized servers and large corporations like Facebook or Google with biblical amounts of power, which is why I am interested in things like Blockchain [the decentralized method for recording transactions that underpins Bitcoin]. “Free” just isn’t good enough for using Facebook. Mark Zuckerberg should pay you for the right to sell your data to advertisers. You should be able to place ads in Mark Zuckerberg’s newsfeed about taxing the rich to pay for universal income. I think I am basically arguing in favour of some sort of communist version of Facebook, with maybe a red logo.

TM: The Original Face’s main character, Daniel, is a visual artist who makes short films using glitches in video games. Why did you write about visual art? Do you think visual art is more interesting to talk about than literature?

GM: Going in, I had no idea what I was really writing about, but I knew that I didn’t want to write about being a writer, which seemed overdone and boring to me. At some point, I read No Longer Human by Osamu Dazai, which is a classic in Japan but not as well known here, and I really liked how Dazai was using some experiences from his life, but his main character was a painter instead of a writer. While some stuff in this book is drawn from real life, like the section where Daniel briefly works at an Indigo store and one of the managers seems really scared of Heather Reisman, I also liked how writing about visual art seemed to open up the book and give it this whole new dimension by pushing it beyond the boundaries of my own life, like it allowed me to write about glitches and other things I’ve been thinking about that don’t necessarily connect to my life.

Also, I think Heather Reisman should read this novel and make it a Heather’s Pick. She’s almost a minor character in it, so it would speak to her.

TM: There’s a section in which Grace and Daniel have a fight and Grace makes fun of Daniel for posting links to his videos on social media with captions like, “Take a look if you want, whatever,” pretending that he doesn’t care if people watch or like his videos, when in fact he cares a lot, but doesn’t want to seem vulnerable. What do you think The Original Face says about the way we use social media to lie to everyone, including ourselves?

GM: To me, social media is a panopticon. It’s a prison where you’re constantly being watched and you can end up living in fear of being shit-talked publicly to everyone you’ve ever met, regardless of whether or not you “deserve” it. We can all do incredible damage to one another’s lives. It’s like we all have nukes aimed at one another’s heads.

TM: In terms of style, the book seems very connected and self-referential in a way that reminded me of the internet and links and hashtags. For example, the same phrases reemerge in different contexts a lot, kind of like how you see a new meme hit the internet and then within a week, you’ll see thirty-seven different variations that all use the same format. Is the book meant to feel like the internet? Is that part of what “contemporary literature” means to you?

GM: I think it’s still possible to write contemporary novels without writing “about” the internet, but I also feel like a lot of writers today have their heads in the sand a little bit. On one hand, I don’t want everybody to write the exact same book, that seems bad, but on the other, I don’t always get what other people are doing. Some writers who are roughly around the same age as me write novels that are set in the 1800s or the 1920s or the 1950s, for example, and it’s kind of like, you were probably born around the mid-eighties, so what do you have to say about the 1920s other than romanticizing them? Aren’t there more interesting problems to look at today? I don’t mean to shit-talk, I just feel like there’s a kind of basic impulse there that I don’t get. That being said, those novels usually end up winning awards and stuff, so yeah, maybe they know what they’re doing way more than me.

TM: We should talk about the “original face,” a concept in Zen Buddhism used in questions like “When you're not thinking of anything good and anything bad, at that moment, what is your original face?” and “What did your face look like before your parents were born?” The idea ends up inspiring Daniel throughout the novel. Do you have an “original face”? What does it look like?

GM: Wouldn’t it be good if there was no art at all? All the ads would be like, “Everything’s great, life’s great, just buy this thing.” You’d have no idea you’re dying.