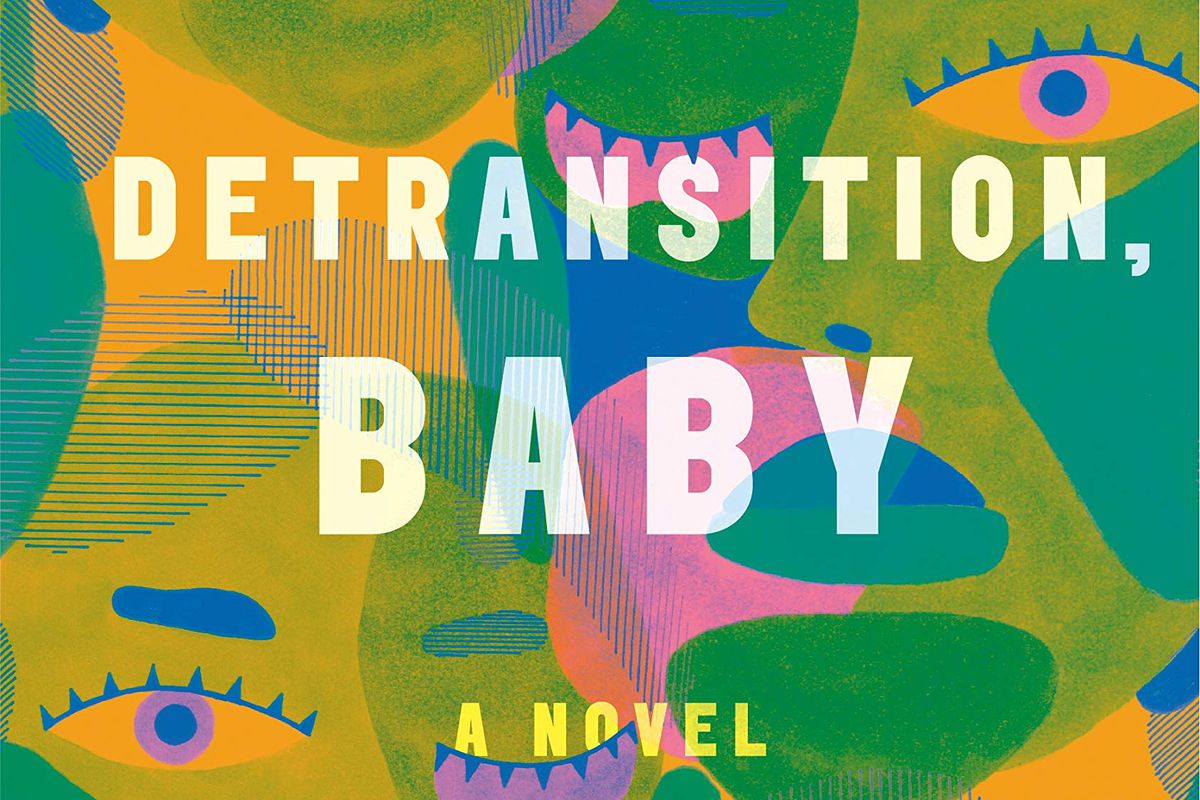 Elliot Page is on the cover of Time magazine’s 29 March/April 5 issue. He stands, shoulders slouched, wearing an unremarkable dark sweater and blue jeans. He has angled his eyebrows and narrowed his eyes à la Hugh Grant. The profile tells us that, as a child, Page felt like a boy. He grew up feeling discomfort towards his body. As an actor, he struggled with being cast as a woman, particularly when he had to play more feminine roles. During the pandemic, he had more time to think about his gender. He embraced that he is trans. Now, things, broadly, are better. The pull quote on the cover reads: “I’m fully who I am.”

I expect Torrey Peters would be bored by the kind of tidy trans narrative presented in this profile of Page, written by Katy Steinmetz (a cis woman). Peters, a Brooklyn-based novelist, wants more mess, more complexity, more wine stains. In a 2018 interview with journalist Harron Walker, she said that “[t]rans women are fucked up and flawed, and I’m very interested in the ways in which trans women are fucked up and flawed.” The wonder of Peters’ debut novel, Detransition, Baby (Penguin Random House), is how she has turned that interest into a world.

Let’s begin with the title. The important thing to notice is the comma. Peters has said that, as a trans woman, she feels that she is balancing herself on that comma. On the one hand, she would have liked the legitimacy that motherhood, and being able to have a baby, would provide. On the other, if she could have figured out how to live detransitioned, as a man, then she might have found comfort in that direction, too. But here she is: a trans woman, trying to exist between these two worlds.

We first meet Reese. We are in Brooklyn. It is the present. Reese has the best lines. She says that “[m]any people think a trans woman’s deepest desire is to live in her true gender, but actually it is to always stand in good lighting.” She wants to be a mother because this would mean that she would “never [be] truly alone.” She enjoys fucking an HIV-positive, married cowboy-come-lawyer because she thinks it is the closest analogue to the danger of pregnancy that she supposes a cis woman experiences during sex. “Her cowboy could fuck her and mark her forever.”

Reese’s ex is Ames. Ames has detransitioned. He did so not because transitioning was a mistake, but because he found being a trans woman too difficult. (As a trans woman, she went by Amy.) Once, she was beaten up and no one helped her. After that “[l]iving as a trans woman just seemed too fucking hard.” Ames is now seeing Katrina, his boss. Katrina is a cis woman. She is straight but, according to Ames, feels “ambivalent about heterosexuality.” Ames gets Katrina pregnant. Katrina wants to keep the child but only if Ames will commit to being the father. Ames is open to being a parent, but does not want to be a father. “Unless he could find a way to escape the gravity of the nuclear family, no matter what he called himself, he’d end up a father.”

What’s a girl to do? Ames asks Reese to parent the child with her and Katrina. The book is about whether the three of them can make this work.

Before Detransition, Baby, Peters self-published three novellas as part of a trans lit scene in Brooklyn. Unlike those novellas, this book has a mainstream publisher and, consequently, a distinctly broader audience. Still, as with all her works, she first thinks of her audience as being a trans audience. This doesn’t mean, however, that non-trans readers will struggle to keep up or that the issues explored are only for trans people.

Peters covers a lot in Detransition, Baby. She writes about parenting, trans funerals, the different experiences of Black and white trans women, Sex and the City. She dedicates the book to divorced cis women who “like me, had to face starting their life over without either reinvesting in the illusions from the past, or growing bitter about the future.” In an article for Artforum, Peters explains that when she transitioned in her thirties, she wanted a road map for how to reinvent her life. She turned to works by and about divorced cis women for inspiration.

Now, Peters returns the favour. She often flips the mirror around and points out the weird ways that cis people think about their genders and lives. At an essential oils pyramid scheme evening involving chardonnay, Reese decides “for the ten thousandth time that heterosexual cis people, while willfully ignoring it, have staked their whole sexuality on a bet that each other’s genders are real.” If only they’d realize, she remarks, that “the activity in which they are indulging is a big self-pleasuring lie that has little to do with their actual personhood” then they could “indulge in a whole new flexible suite of hot ways to lie to each other.”

For me, one of the most moving sections comes late in the book. Ames is at the batting cages. He is with his cis friend Jon. Jon describes himself as “very sensitive.” While batting, Ames thinks about his body before his transition. He likens it to a “good dog.” The dog was reliable, doing “everything she wanted.” It was fast and strong, but “[m]aybe it wasn’t fully her.” When Amy transitioned, her body stopped being a dog. “There was just her … Every sensation simply belonged to her, unmediated.” But this vividness made life hard. There was no dog to hurt for her. It was just her who experienced pain. When she detransitioned, she’d wanted “a pocket of space to separate herself from the bright emotions of shame and fear.” Ames assumed his dog would join him again. Heartbreakingly, it does not. “The world has receded to a tolerable distance, the colors unsaturated, while the dog stayed dead.”

When writer and critic Andrea Long Chu wrote about her bottom surgery for the New York Times, she talked about the pain she experienced once she began to transition. Her dysphoria “balloon[ed]”. She was often suicidal when she hadn’t been before. It’s hard not to be reminded of Chu while reading Detransition, Baby. Both her and Peters veer away from saccharine readings of the trans experience. Like Chu, I don’t think Amy would say she became happy when she transitioned. (But as writer Kai Cheng Thom pointed out in response to Chu’s article, mental health outcomes do improve after medical transition for the majority of trans people who want it.) Amy’s life as a trans woman was more vulnerable, more exposed. It was hard because living as trans—in this world—is hard.

Yet, transitioning seemed to bring Amy closer to herself; closer to something which I guess we might call fulfilment. She became more connected to her body. She lost, for example, previous dissociative experiences she had during sex. Transitioning made her more fully who she is.

In Detransition, Baby, Peters shows us a trans community that is neurotic, loving, protective, mean and melodramatic. There is nothing cutesy, nothing neat, nothing laminated. At the risk of effecting an eye roll, I think this makes her characters seem more real. It gives readers something to grab onto and actual people to relate to.

One of Peters’ earlier novellas is called Infect Your Friends and Loved Ones. It is a trans Children of Men, where everyone becomes infected with a vaccine that stops their bodies from producing sex hormones. Everyone has to “choose their gender.” One of the characters, Zoey, is part of a T4T community. T4T refers to trans for trans relationships, but here, Zoey explains, it is more of an “ethos”: “Trans girls loving trans girls, above all else.”

In one scene, Zoey is taking Patient Zero to this community and is describing it to her. After hearing about it, Patient Zero says that it “sounds like some kind of trans girl utopia.” Zoey’s response captures, I think, some of the mess and drama that Peters creates in Detransition, Baby. She says: “Do you think the words trans women and utopia ever go together in the same sentence? Even when we’re not starved for hormones, we’re still bitches. Crabs in a barrel. Fucking utopia, my ass.”