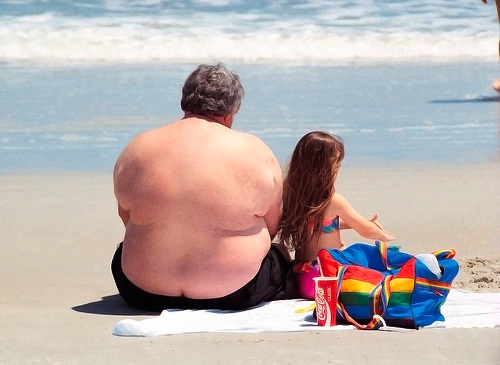 Thanks to attention from the Atlantic's Andrew Sullivan, the Browser, Metafilter and Give Me Something to Read, Kevin Patterson's wonderful essay "Diseases of Affluence," from Maisonneuve's spring issue, is fast becoming one of our most popular articles of the year. In "Diseases of Affluence," Patterson thoughtfully explores how Westernization has rendered people around the world less healthy and more reliant on processed, fatty foods. He also looks at how some indigenous cultures, in places as different as Hawaii and the Arctic, are trying to recapture their traditions of movement and strength. "Diseases of Affluence" has provoked plenty of intriguing commentary, some of which you can find below.

Shepherd: The Cree aren't more pure, or more noble, or more savage than anyone else; they're as smart as anyone and as decent as anyone and are doing the best they can after being dealt shitty cards from the bottom of a crappy deck. But the urbanization that got foisted on them was dumped in a matter of decades, compared to the hundreds of years that southern caucasian North Americans had to develop our Cheetos-fuelled sendentary lifestyles.

But it's a really, really weird conversation to have, because it goes into racial and cultural places that make me acutely aware of how badly white guys like me have fucked things up, and how creepy and condescending it sounds for a contract worker to come back from these communities and proclaim that I Know What The Problem Is.

Cree people and educators and community leaders definitely Know What The Problem Is, and far better than I do.

That's one of the things that I find vaguely offensive about these conversations myself: the idea that this is happening and all of these communities are just getting fatter and gazing around doe-eyed, shrugging and saying "wha'hoppen?". There are plenty of folks up there that know their shit and who are acutely aware of what the issues are. It's just been a problem with such a sudden and extreme onslaught -- one that took only two generations to take hold, and one of those generations is busy enough trying to deal with being spiritually and culturally gutted by the residential schools -- that it's going to take one, and probably more, generations of education and adjustment to correct the mess that's been made.

nasreddin: Having a discussion about the effects of urbanization on public health is all well and good, but can we not do it using colonialist eighteenth-century tropes about the corrupting effect of civilization on pure, authentic noble savages? I mean really, this is disgusting.

We've accomplished so much, and have created this fabulous free and prosperous life. We're in danger of self-destructing from our own self-indulgence. It need not be this way, really. We need not immediately don hair shirts and cover ourselves in ashes, but we need to take heed, and repent while there is yet time.

The old theological term repent is much misused and disrespected. At bottom, it means 'turn around and walk the other direction', back toward what is right, even if it feels uncomfortable. Because the path we're on leads straight over the cliff onto the rocks below.

It's well worth a read, and a ponder.

I enjoyed this essay by Kevin Patterson in Maisonneuve, which lends support to Paleo/Primal approaches to nutrition, and also echoes points raised in Gary Taubes' "Good Calories, Bad Calories

" -- his long-awaited follow-up for laymen that focuses less on the science of metabolic pathways and more on practical approaches to weight maintenance.)

The gist of Taubes' argument, which Patterson reinforces: Pre-agricultural societies -- even those that subsisted primarily on dietary fat -- didn't develop diseases of metabolic derangement like diabetes, obesity and cancer until they were introduced to all the crap (read: sugar, refined carbohydrates, etc.) offered by Western civilization.

An interesting article, on the health effects when junk food and sedentary lifestyle propagate to traditional societies. And on sailing the islands of the Pacific, as they are now, not when Gauguin moved to Tahiti. The author blames urbanization. Which I don't think is entirely fair. The prevalence of metabolic disease is new, while cities are old. And city-dwellers often are less fat than their brethren in the suburbs or neighboring countryside. It's the manner of living and what counts as food, not urban vs. rural. I suspect cooking your own food is more important than owning a gun.

A selection of comments from the online version of "Diseases of Affluence":

Jennifer Cockrall-King: A great read. Very compelling writing and framing of the subject of the health (and cultural) consequences of the shift to an industrially produced diet versus a non-industrial diet. My only concern is with the sub-title of the article, not likely written by Kevin Patterson but by an editor. Is it really urbanization that is making us sick? The article doesn't address urbanization, rather the switch from non-industrialized diets to industrially produced foods. The two tend to coincide, but it's a major leap to say that living in a city gives us this disease of affluence. Is Kandahar not a city (second largest city in Afghanistan)? And do people in rural Canada not eat Cheez Doodles, do too little excercise and become diabetic? The only reason I mention this is that I'm current very interested in cities addressing these problems of affluence and disease. The answer is not to flee the city, but to de-industrialize our food choices and lifestyle, while continuing to live in a city if we choose.

Matthew Gatheringwater: You know, there are worse things in life than being fat. To my way of thinking, living in Afghanistan, eviscerating my dinner, a diet composed mostly of taro root, or navigating a boat with my nut sack would be infinitely worse. You may feel differently, but aren't you just romanticizing pre-industrial life, giving the (so-called) savages a new reason to be noble? Instead of interpreting diseases of affluence as a failure of modernity, why not see them as a trade-off?

—Diseases of Affluence
—Intelligent Reactions to 'The Intelligent Universe'
—Why Don't We Hunt Anymore?