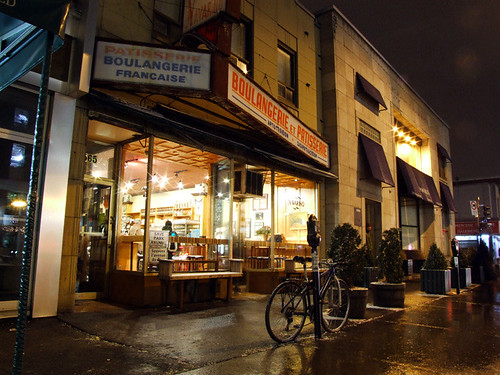 Eight years ago, I was an undergraduate student in Montreal, living in a two-room apartment that had nice wood floors but no natural light. One morning in early December, I awoke with my girlfriend, who had an end-of-semester exam, and as we left my building we discovered a thick blanket of fresh show that had been deposited on the city overnight. I remember a few things from that day. The first was my fatigue — getting up before eleven o’clock has never been one of my strengths. The second was the sunshine, which was brilliant in a way that it can only be on a cold day immediately after a snowstorm. The third was where we went after we left my apartment and trudged north up Park Avenue: Navarino.

Wedged between a former Banque Nationale and Lipa Klein’s kosher supermarket, Navarino is a Greek bakery-café that has been run by the Tsatoumas family since the early 1960s. Originally, it was just a bakery, but in the economic doldrums of the mid-1990s, when Montreal was still reeling from Quebec’s second referendum on national sovereignty, the younger generation of the Tsatoumas clan installed some tables and started selling coffee. That appealed to the layabout bohemians drawn into the neighbourhood by the cheap rent and good food left behind by departing Jewish, Greek, Portuguese and Italian immigrants.

By the time I moved to the neighbourhood, Navarino had taken on the appearance of a well-worn dive, with a rusted 60s-style sign in French and Greek, on which stood a comely waitress holding up a cake. For years, the staff behind the counter consisted only of young women who were called Les déesses de Navarino, according to a sign taped to the tip jar. 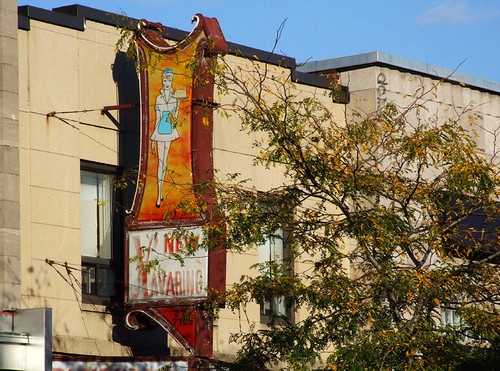 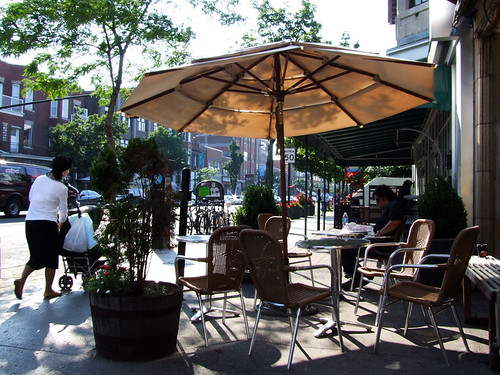 Navarino was my regular haunt for most of the time that I lived in Montreal. It was venerable but unpretentious, known throughout the neighbourhood but not unduly popular. But I didn’t find any of that out until later. In the beginning, I was won over by the cheap coffee, sweets and sandwiches. A couple of quarters and a quick flash of Sir Wilfrid Laurier’s ponderous five-dollar face was all it took to feed my caffeine addiction, rumbling student stomach and insatiable sweet tooth. The day-old pastries — sometimes brownies, sometimes danishes — were my favourite. When I felt fancy, and if I had an extra dollar, I would upgrade my sandwich from brown bread to cheese-stuffed tyropita.

I appreciated Navarino’s low-key charm. No matter what the time of day, there were always people sipping coffee and nibbling on spanakopita. In the winter, it was a cozy respite from the cold, and it would sometimes get so crowded that people would stand between tables with their coffee. Staff had to constantly sweep up melted snow and pebbles tracked in from outside. When the ground was clear, people sat at sidewalk tables out front, even if the temperature was just a few degrees above zero. My favourite place to sit was at the bar along the front window, where I could peek out over my newspaper at the people passing by on the street.

There were many regulars at Navarino. I gave some of them private nicknames: Newspaper Couple, Gay Dentist, Fedora Man, YMCA Guy. Often, I would see them around the city, and there would be a weird moment of dépaysement, like seeing a lion outside its zoo enclosure. One exception was Steve, who ran the café with his brother Peter. He lived with his girlfriend in the flat above Navarino and he was always around, chatting with customers. I don’t think I ever saw him outside of the café.

I visited Navarino at least once a day for several years. Whenever I left town, I missed its reliable familiarity. It was the quintessential “third place,” an informal gathering spot that lacks the social isolation of home and the strictures of the workplace. Ever since the concept of the third place was popularized by the sociologist Ray Oldenburg in the late 1980s, it has been absorbed into the marketing language of chain cafés like Starbucks, which neuter its true meaning by reducing it to comfy seats and soft lighting. Navarino, by contrast, embodied the true meaning of the term: a place that drew from the surrounding community and forged a community of its own. 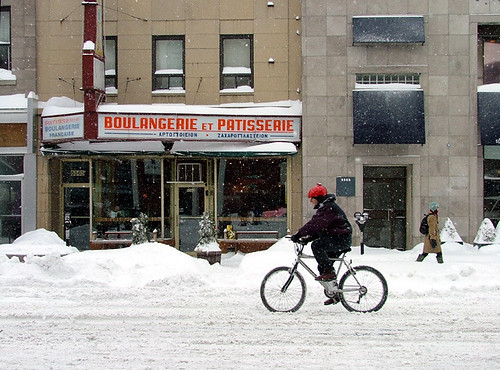 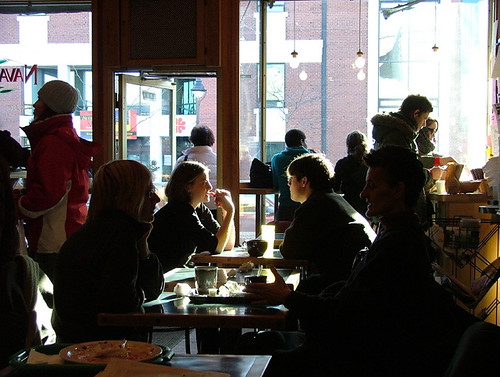 In the summer of 2004, Greece unexpectedly made it to the finals of the Euro Cup football tournament and Steve and Peter installed a big screen TV on the sidewalk outside Navarino, under the shade of a green awning. It was a very hot day. All of the regulars were there to watch. When Greece scored the winning goal, Steve lept up from his seat, cheered wildly and waved a Greek flag. Park Avenue filled with revelers, immersing the neighbourhood in a frenzy of horn-blowing. Cries of joy and toilet paper were tossed like confetti.

Steve died the the following summer. I was visiting family in Calgary when my girlfriend called to tell me that he had hit a pedestrian while cycling and had injured his head by falling onto the pavement, even though he was wearing a helmet. She was distraught; I could hear her voice break on the phone. Not long after, I received an email about the news from my friend Zvi, who I had gotten to know on Navarino’s sidewalk terrasse. When I returned to Montreal, I went for my usual coffee and found that something in the air had changed.

Eventually, I started visiting Navarino less often. I still went for a sandwich now and then, but my horizons had expanded. I had new cafés to frequent. In 2008, I left Montreal for Hong Kong, where I have struggled to find a coffee shop that has the same sense of camaraderie as those in Montreal. Lately, Navarino has returned to my thoughts. It was renovated last year, and when its old sign was removed for restoration, city by-laws prevented it from being re-installed. The window bar where I used to sit has been removed, too, along with the windows themselves — the front now slides open entirely, according to a friend.

People change; so do places. My attachment to Navarino has crossed the threshold from everyday affection to hazy nostalgia. Still, part of me hopes that the next time I visit Navarino, I will be greeted the same way as when I visited in 2009, after a year of living in Hong Kong. “Hey,” said the girl behind the counter after seeing me. She had worked at Navarino for as long as I had been going there. “I haven’t seen you for awhile. How’s it going?” 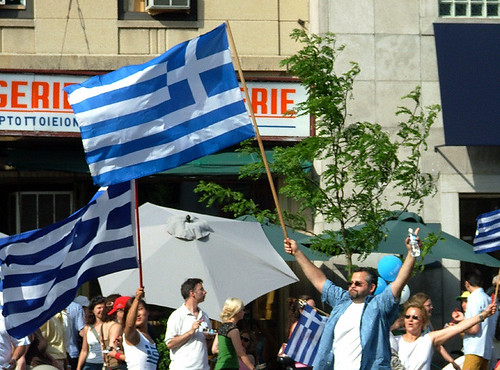 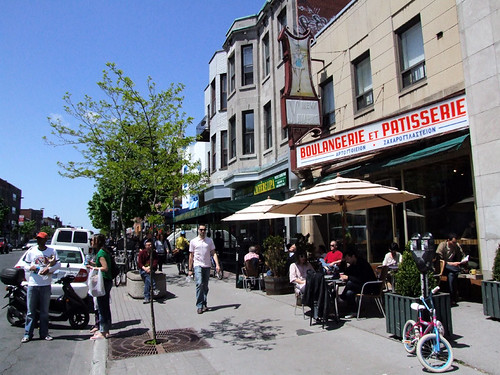 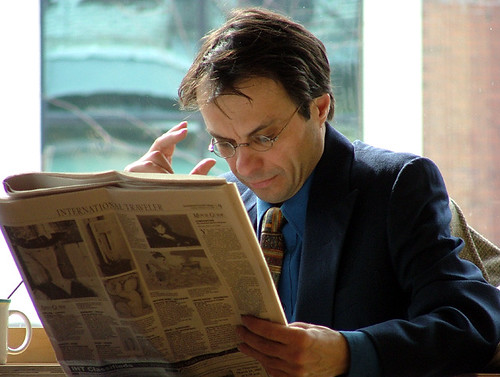 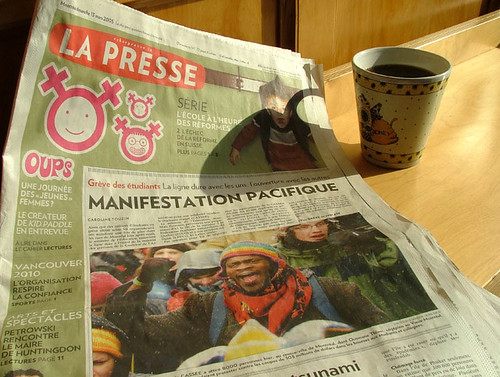 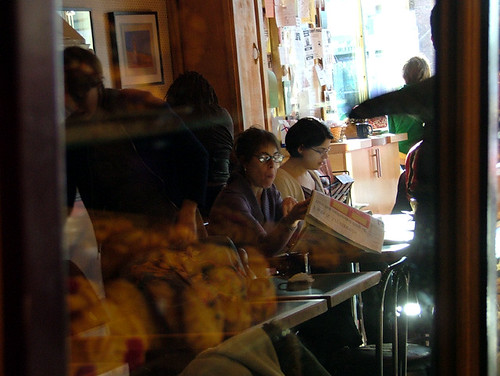 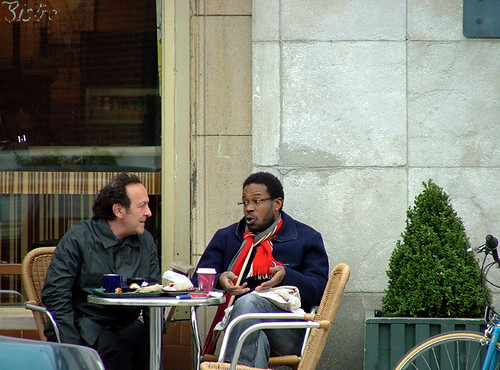 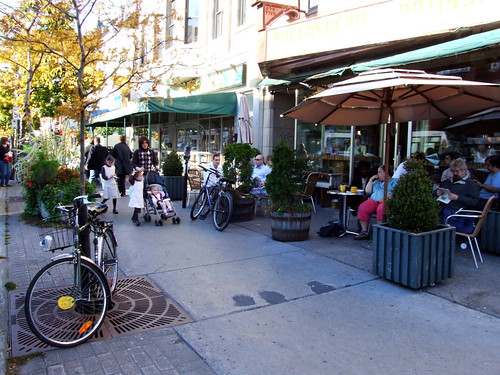 —Photos: Montreal in Early Summer
—The Green Room is a Bar I Went to Once
—Montreal Comfort Food: Poutine