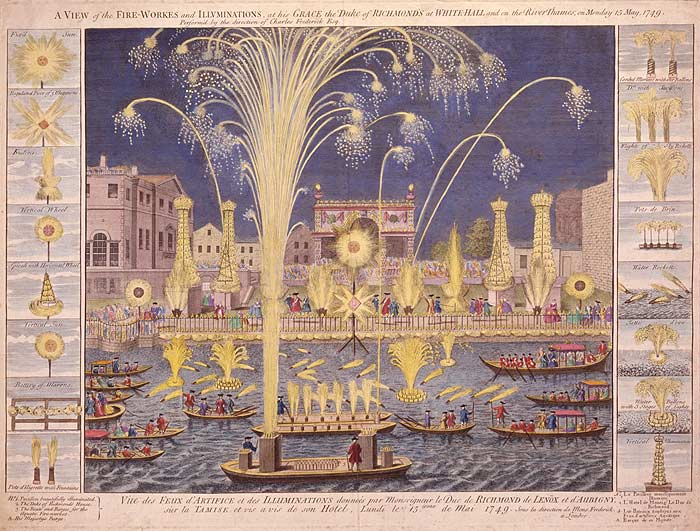 On a recent trip to the West Coast, Caitlin and I went to see fireworks at Vancouver's English Bay. We expected to pick our way through the crowd and eventually find a nice place on the grass somewhere, or maybe even on the beach. But thousands and thousands of people showed up, streaming down Denman as wary cops looked on. The considerable police presence was presumably aimed at heading off a riot akin to the one that followed the Canucks' Game Seven loss, although I'm not sure what this crowd would have rioted against that night. Is it fair to burn a cop car if fireworks fail to sufficiently dazzle?

Caitlin and I wound up standing near a temporary fence, in the middle of the road, with countless others who couldn't fit onto the shore. Fireworks are one of those spectacles that would appear utterly bizarre to any intelligent extraterrestrials observing human behaviour. We stared at the explosions with jaws slack, emitting occasional collective oohs. The fireworks sporadically reflected the natural world: some looked like weeping willow trees, others like sperm swimming up into the inky night sky, still others like cells dividing in every direction. Strangest of all were those that resembled the very stars they served to obscure, individual flashes of white light against the smoky darkness.

My friend Sean Michaels once wrote about three songs, all titled "Fireworks," by three very different bands: the Tragically Hip, Animal Collective, and the Hoof and the Heel. (More recently, at a barbecue at my house, he half-seriously asked whether, as a left-wing person, he should oppose fireworks on the principle that they are wasteful expenditures in the face of real human need. Perhaps that is a discussion for another time.) Why are those three songs so good? "I say there is something about fireworks that lend fireworks to songs," Sean wrote. "Just as the fizz and bang make nights into celebrations, illuminate faces in inimitable ways, so do those two words, fire and works, stuck together, transform rough tracks into radiant songs, imbue little tunes with gunpowder and phosphor."

Call me old-fashioned (I'm not that old), but it is heartening that something as simple as a fireworks display could draw such hordes to the beaches of Canada's third-largest city. In an age of supposed digital isolation, it felt warm and bright to share in the ancient experience of gazing at the night sky, to be gathered with countless others in real meatspace. Although a great many people held their smartphones aloft to record the fireworks for later dissemination online, a great many more simply stood with their eyes pointed up and their mouths agape, watching the sky explode with colour and light, waiting for the deceptively late crack and boom of the gunpowder thunder.

—The Big Freak-Out
—The Natural
—Postcard from Vancouver