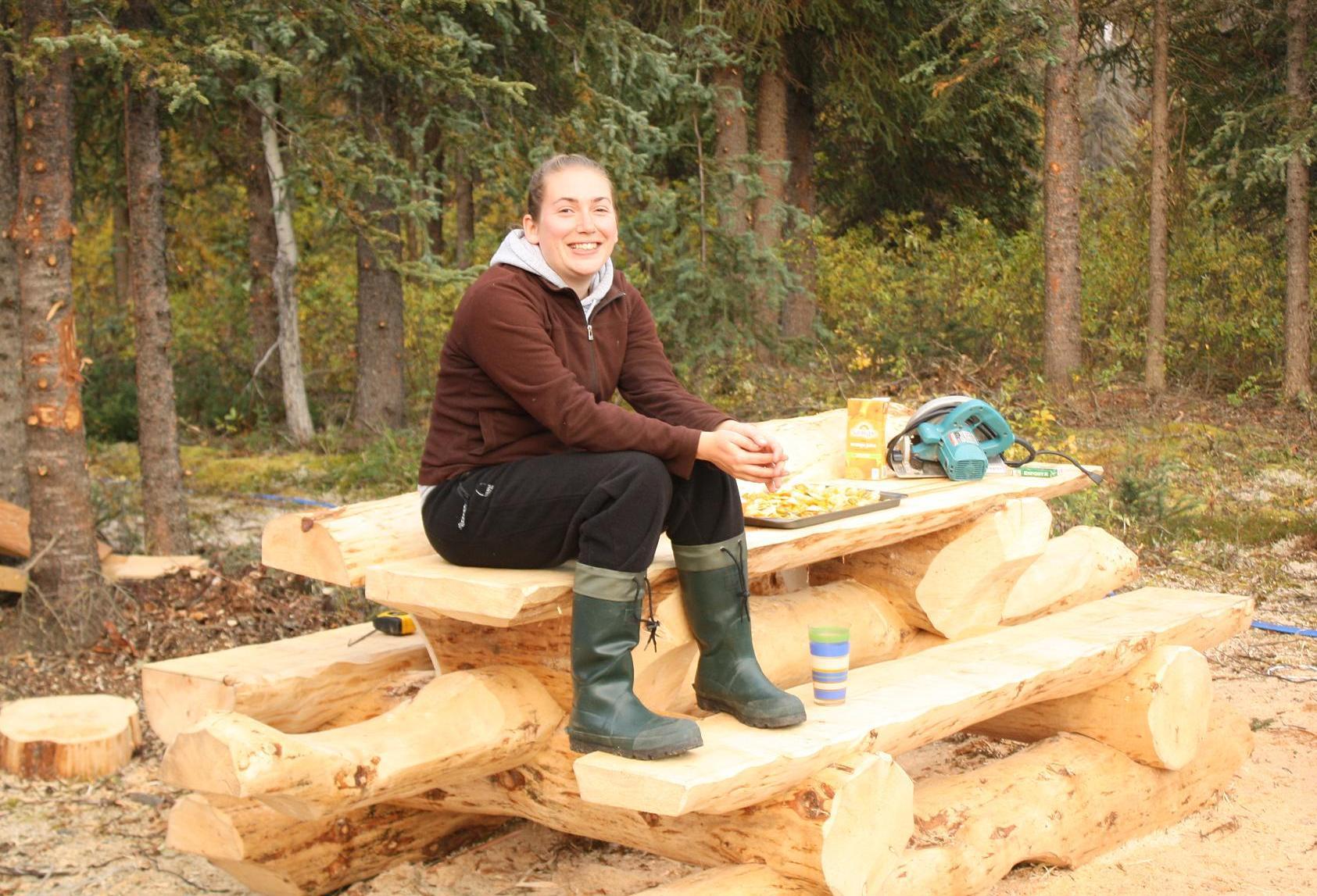 Wartime swallows all number of atrocities. In our Spring 2014 issue, Eva Holland set out to share the story of a World War II displacement often ignored by history: the internment of the Aleut people, a population indigenous to a string of islands off the coast of Alaska. The Maisonneuve researcher assigned to the piece was Brendan Adams. Here, the two of them discuss reporting a story when sources are scarce, the importance of bringing rural issues to the forefront of the Canadian media and the draw of the arctic.

Brendan Adams: Your story was aptly titled "The Forgotten Internment" as for many, if not most, this piece of World War II history is completely unknown. How did this materialize as a topic for you?

Eva Holland: In February 2011 I was killing time at the (wonderful) Museum of the North in Fairbanks, Alaska. There was a display dedicated to World War II in Alaska, and it included a brief section on both the Japanese American and Aleut internments. I'd never heard of the latter, and I knew my war history reasonably well. Right away I figured it was a story. An entire indigenous population rounded up into camps and basically left to fend for themselves? It was crazy.

I sat on the idea for about a year and a half while I worked on my reporting skills—I was mainly working as a travel writer then and wasn't confident I could pull this kind of story off. In late 2012 I applied for funding to support the reporting trip I had in mind—the Aleutians are remote and expensive, even for someone like me who's already in the general vicinity—and when that was successful (thanks, Yukon government's Advanced Artist Award!) I finally made the trip in April 2013.

BA: This is such a specific and unknown topic that it can be near impossible to even find information on the subject, outside of a few books and websites. How did you approach the research process for this piece and how time consuming was it?

EH: I was really lucky that the Yukon College library happened to have a copy of the only major scholarly monograph on the internment, Dean Kohlhoff's When the Wind Was a River. There are only a couple of copies in Canadian libraries, and it goes for a lot of money on Amazon. So that was my starting point, as well as a pamphlet put out by the University of Alaska Fairbanks, which I'd picked up way back during that museum visit.

From there, I got in touch with the Aleutian Pribilof Islands Association, and when I visited Anchorage on my way to the Aleutians they allowed me to work in their library and archive—that's where I accessed the survivors' depositions. The National Park Service was also extremely helpful—they've published a couple of books related to World War II in the Aleutians and provided copies for me. I found some useful stuff at the public library in Unalaska, too.

I spent about a week in Anchorage and two weeks in Unalaska, reading and researching as well as tracking down and interviewing survivors.

BA: The survivors you speak to in the story are quite old yet, as you show, still carry some very hard and painful memories about their internment. How difficult for you was it to dig into these sensitive areas of the survivor’s pasts? Were you ever conflicted during your work on the story?

EH: There were definitely some emotional moments during the interviews. I included the most powerful one in the story—that moment of clarity when the couple I spoke to agrees that they were treated "like animals." It was almost like they were realizing it, or saying it out loud, for the first time. There were other vulnerable moments I left out.

Throughout the process, I was very aware that I was just the latest in a line of outsiders that had showed up and asked these people to tell their stories. There's some resentment about that, I think—and so I wanted to keep the focus on the voices of the survivors as much as possible, rather than on my own voice. I relied on quotes—the deposition section, for instance —more heavily than I normally would.

BA: You yourself moved from Ottawa to live in the Yukon and have written several pieces on the North. What is the appeal of the North for you, both personally and professionally?

EH: People talk about how Florida or Texas produce a disproportionate number of weird, wonderful and sometimes terrible stories. I think Alaska and the Canadian North are similar. It's an area that's underserved by national media, first of all. There's a whole array of indigenous cultures here. And then there's the sort of pioneer or frontier tradition, which can attract some pretty independent or unusual people—in the Yukon we call them "the colourful 5 percent." So there's a lot to write about, and that's a big part of why I came here five years ago.

BA: As one of the most urbanized countries in the OECD, relevant news and issues in Canada are often based around the major urban centres. What do you think the consequences are of this media prioritization of the urban centre over smaller centres and rural areas?

EH: I think it results in people literally forgetting that there are other kinds of lives being lived in Canada, even if they're a minority. I so often read stories written by people who seem to assume that every one of their readers lives in this hyper-wired urban world—it's like they've forgotten, or never knew and can't imagine, that there are still communities in Canada with no cell phone service, or no chain stores, or whatever else. I finally Googled "swipe right" awhile back to figure out what everyone is talking about. (Tinder is not a big thing in small towns, shockingly.) That's not to say that rural places are backwaters, or behind the times, just that they don't necessarily operate on the same set of assumptions that dominate city life.

BA: How important is it to focus on stories like the Aleutian Internment that fall outside of the mass media?  Does writing about forgotten and/or liminal topics always possess a political aspect or is it simply driven by personal interest?

EH: It's personal interest, and I think it's important to make those stories heard, but it also stems partly from necessity as a freelancer. Realistically I don't have much shot at beating a southern, urban writer to the hot topic or story of the moment. I'm not a logical choice for celebrity profiles or trend stories (although I'd be happy to take a crack at those things). So instead I seek out the more obscure stories and try to convince editors that they matter. I'm thrilled Maisonneuve gave me the space to tell this one.