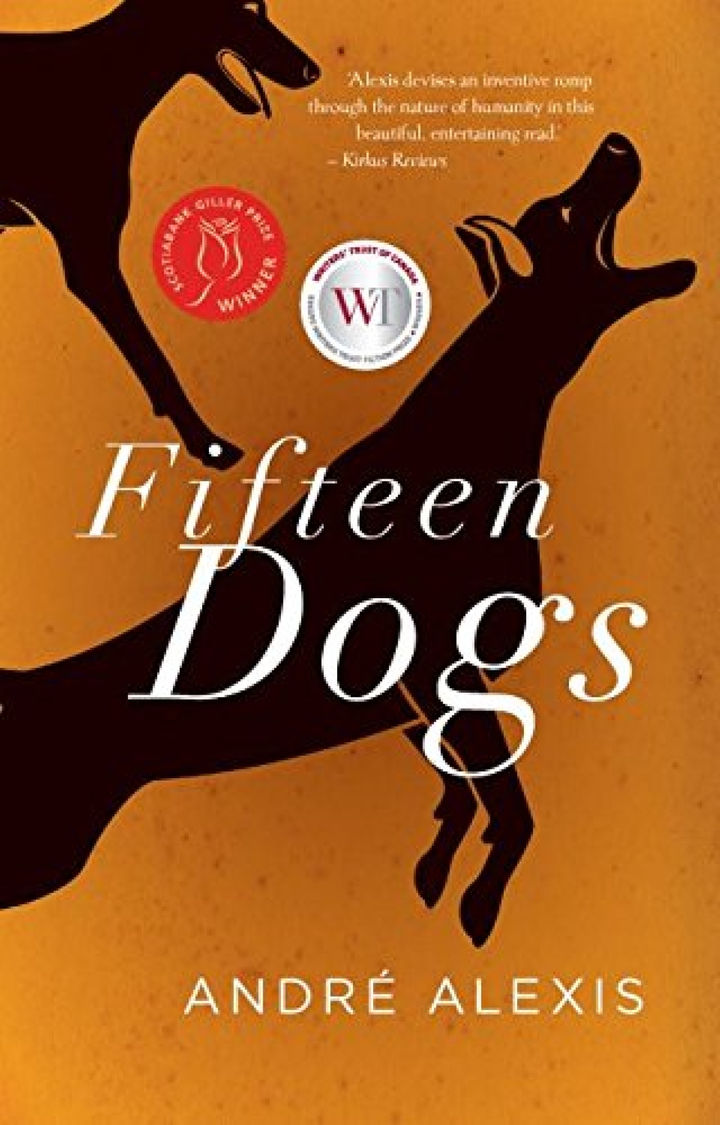 The studio lights are bright, the audience rapt. Five Canadian celebrities—Candy Palmater, Chantal Kreviazuk, Humble the Poet, Measha Brueggergosman and Jody Mitic—sit around a table with binders full of notes in front of them, sizing one another up, while host and comedian Ali Hassan waits. These five may be friendly outside of this studio, but right now they’re competitors in the televised debate known as Canada Reads. The topic: Fifteen Dogs by author André Alexis.

“I love exactly what Jody said,” Humble the Poet begins, “because we can literally stop saying the word ‘dogs’ and say ‘people.’ Say, 'I’m frustrated with humanity.'”

“Thank you! That is so right!”

“Well, we don’t have to get to that,” Hassan attempts to interject. “Now we’ve opened up a whole can of worms.”

“—and even when Humble introduced it, he said ‘This is a man-made problem.’ He used those exact words. Man-made.” Candy sits back, finally having gotten her point across, despite obvious attempts to stop her.

This was only the first day. 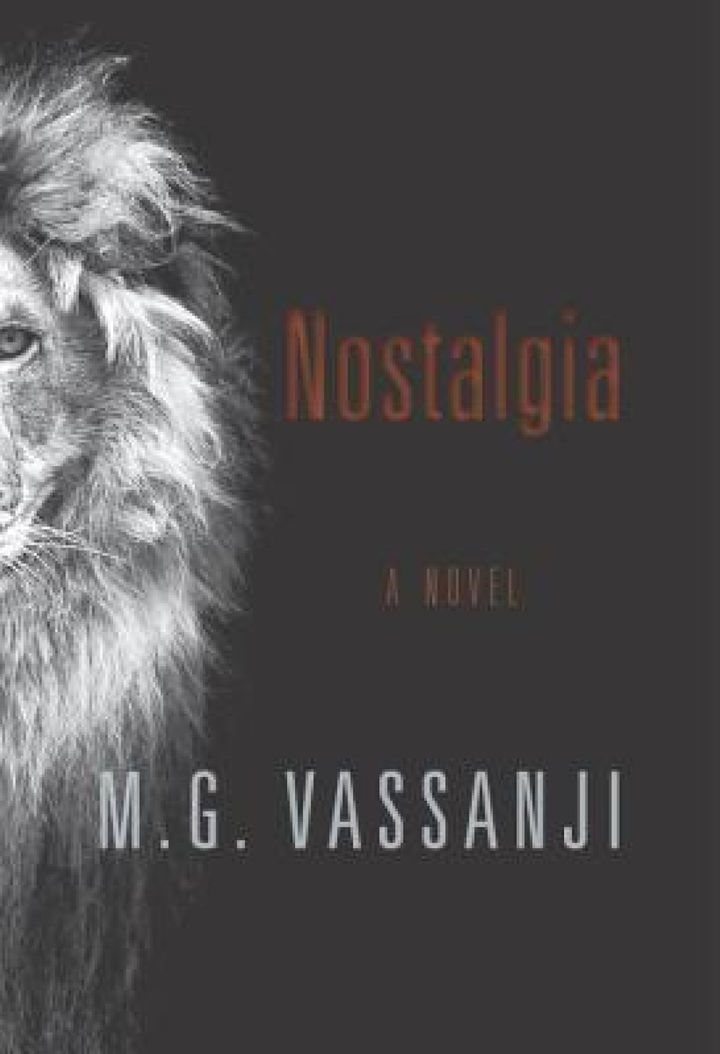 The idea behind Canada Reads is that five celebrities advocate for the book they believe Canada needs to read right now. Over the course of a four-day competition, each book is voted off, one by one, until the victor remains.

After a week of sometimes-heated debate that took place from March 27 to 30, this year’s Canada Reads jury determined what Canada needs right now: to continue being its problematic self.

First, Indigenous women’s voices were dismissed and silenced—both figuratively and literally. On the first day, Katherena Vermette’s deeply touching, tenderly written book The Break—which explores how an act of violence against a Métis girl affects her family and community, most of who are women—was voted off. The deciding vote came, reluctantly, from Kreviazuk, who herself has a small amount of Métis ancestry. The women in The Break have complicated relationships with the men in their lives, and each are dealing with individual, familial and historical traumas in their own ways.

As Canada Reads jury member and Mi’kmaq woman Candy Palmater pointed out, The Break shows how colonialism has twisted relationships between indigenous men and women, specifically in heterosexual relationships. Unfortunately, as the 2009 General Social Survey on Victimization documented, it is very common for Indigenous women to be victims of domestic violence. We are, in fact, three times more likely to be victims of violence than non-indigenous women. Two-thirds of Indigenous women who are violently victimized are under the age of thirty-five. The scenario Vermette offers in The Break is the fictionalized reality for so many of our women.

In an environment where Canada has stated its desire to seek “reconciliation” with Indigenous peoples—and one where the long-awaited inquiry into missing and murdered Indigenous women, girls and two-spirit people (MMIWG2S) isn’t going so smoothly—Vermette’s book offers many talking points. Yet when it was time to discuss how The Break could “heal” Canada, jury members Measha Brueggergosman and Jody Mitic decided none of that was important. What was important was discussing how men were portrayed a book that centred on Métis women’s survival. Not all men abuse Native women, you know, so depicting the real-life violence many Indigenous women experience is sexist. Recalling tired arguments one might screencap from an MRA discussion board, Brueggergosman said, “In order to heal a nation you have to include the whole nation, and this book decidedly discludes men… There is no redeemable male character in this entire book.” 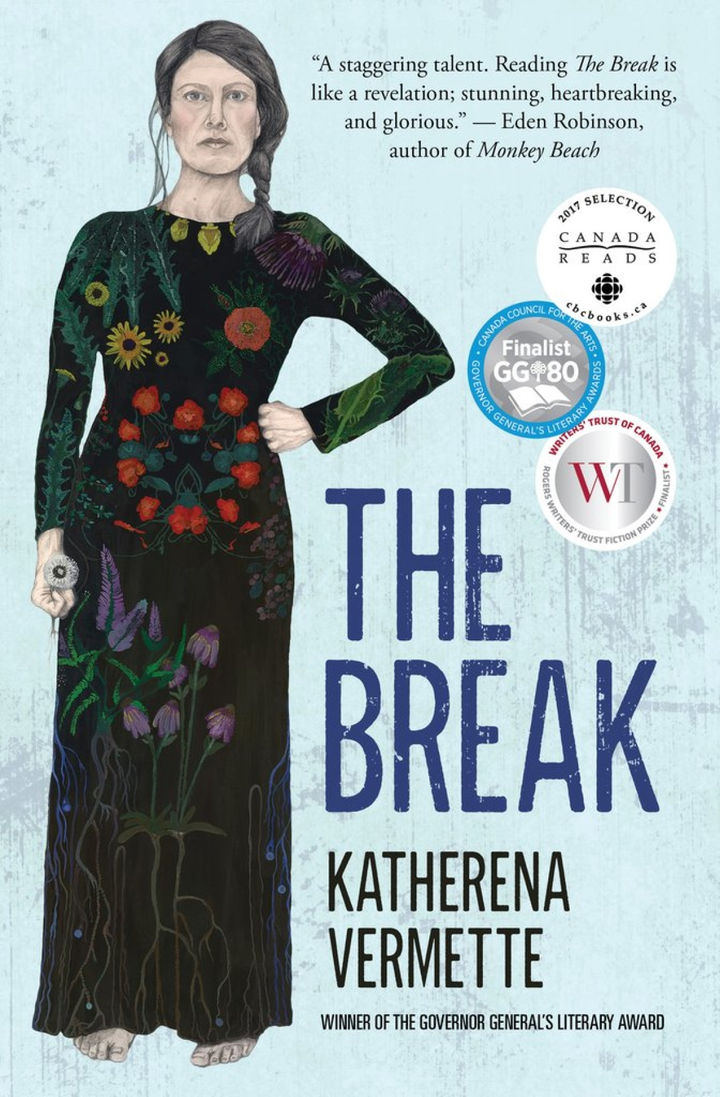 “You’re trying to get into it, but at the same time, as a man, you’re constantly being pointed out as the bad guy,” Mitic followed up. While this logic is absurd at best—in a book plumbing the effects of violence against women, perhaps readers should be aiming to empathize with women instead of seeking out the avatar of a good man—the criticism isn’t even true. One of the ten perspectives in The Break is that of Métis police officer Tommy Scott, who is actively struggling not only with his own Métis identity, which creates interior conflict with his white wife, but also with his role as a police officer. Despite trying to be a good cop, Officer Scott’s viewed by other Indigenous people with suspicion; meanwhile, though he’s passed as white for his whole life, he’s condescendingly referred to as “the may-tee” by the white men on his force. A man caught between many worlds, trying to do the right thing, he is a complex, three-dimensional character—exactly what is seems like Mitic and Brueggergosman said was missing.

Interestingly, while The Break was voted out for, in Brueggergosman’s words, not speaking for “the entire nation,” Fifteen Dogs won Canada Reads—despite speaking only for men. As Palmater attempted to bring up, Alexis’s book, which is about fifteen dogs who have been bestowed human consciousness by two Greek gods, features only six female dogs, none of whom are given more than a few lines worth of perspective over the book’s 170 pages. In Humble the Poet’s words, this is a book about “the human condition,” so it’s funny that, yet again, women’s perspectives aren’t considered “human” enough for philosophical inquiry. Countless mentions of the scent of “bitches in heat” is, in fact, the primary contribution of female dogs to this book.

Let me clarify: we do hear from the female dogs. Problem is, their perspective is only ever situated in the eyes and ears of the male dogs, through their narrative filters. When Majnoun is asked by his human master Nira about the way male dogs line up to mate with a bitch in heat, for example—something Nira considers disrespectful—Manjnoun tells her, “A bitch in heat is a bitch in heat… the bitches themselves [wish] it.” No female dog confirms this desire or her consent.

Let’s contextualize this. Canada is a country where Métis woman and mother Cindy Gladue was sexually assaulted and violently murdered by a white man. Despite overwhelming evidence, her murderer was acquitted because Gladue was a sex worker and therefore “consented” to the violence that led to her death. Canada is a country where Jian Ghomeshi was accused of sexually assaulting numerous women, but aquitted after he shared text messages and emails sent outside the timeframe of the alleged assaults as evidence these women “wished” them—nevermind that consent is an ongoing, revokable transaction, nevermind the documented response of trauma survivors to smooth over relations with their abuser in attempts at normalization. Canada is a country where Steven Galloway’s lawyers and high profile literary friends claim that, because Galloway was in a years-long relationship with his alleged victim, that she, too, wished for her alleged assault. What’s more, they denied there was any accusation of sexual assault at all, which they haven’t bothered to correct—even after his alleged victim had her lawyer confirm that she had made a “serious complaint” “not about about a consensual relationship.” 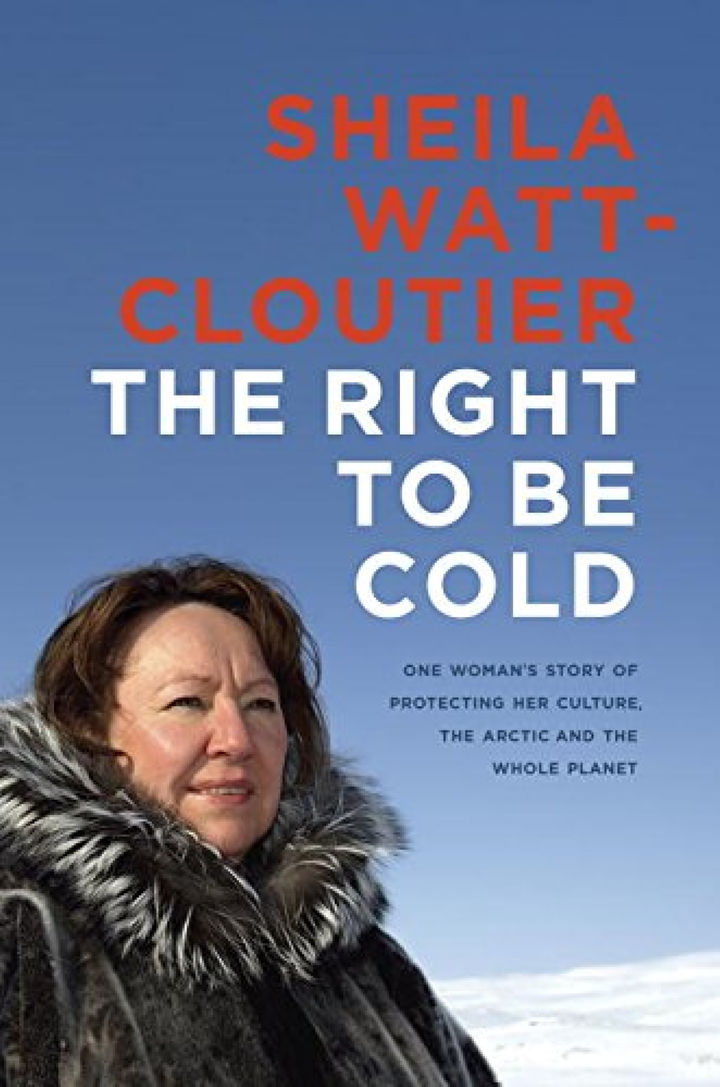 When it comes to the silencing of the perspectives of Indigenous women, panelist Candy Palmater was, quite literally, barely able to express a full thought without being interrupted. Over the course of the first episode alone, she was interrupted over ten times—over half of which by Brueggergosman, the panel’s only Black woman. Brueggergosman didn’t interrupt her fellow male jurors, or Kreviazuk, even half as much. When Palmater pointed this out, Brueggergosman seemed both embarrassed and confused, at one point asking, “Why do I keep interrupting you?” Palmater was too polite to give the answer every Indigenous woman knows too well.

It would seem to me that the idea that women’s voices are unnecessary because men are more than capable of assuming their wishes is not at all what Canada needs right now. I don’t believe Alexis or Humble the Poet intended to silence women’s voices or trumpet misogyny, the same way I don’t believe the panel was intentionally interrupting Palmater. But I do believe that impact trumps intent, particularly when you’re claiming to explore the most important philosophical questions plaguing humanity while unintentionally ignoring half of it.

Colonialism and sexism have worked for Canada since before Confederation, and since it is supposedly Canada’s 150th birthday, the way these debates played out seem rather fitting. But are Canadians satisfied with how long it took law enforcement and mainstream media to care about MMIWG2S? Are they satisfied that part of the reason they didn't care is they felt Canadians didn't care? Are they satisfied that the recent acquittal of Cindy Gladue's murderer seems to indicate they were right? 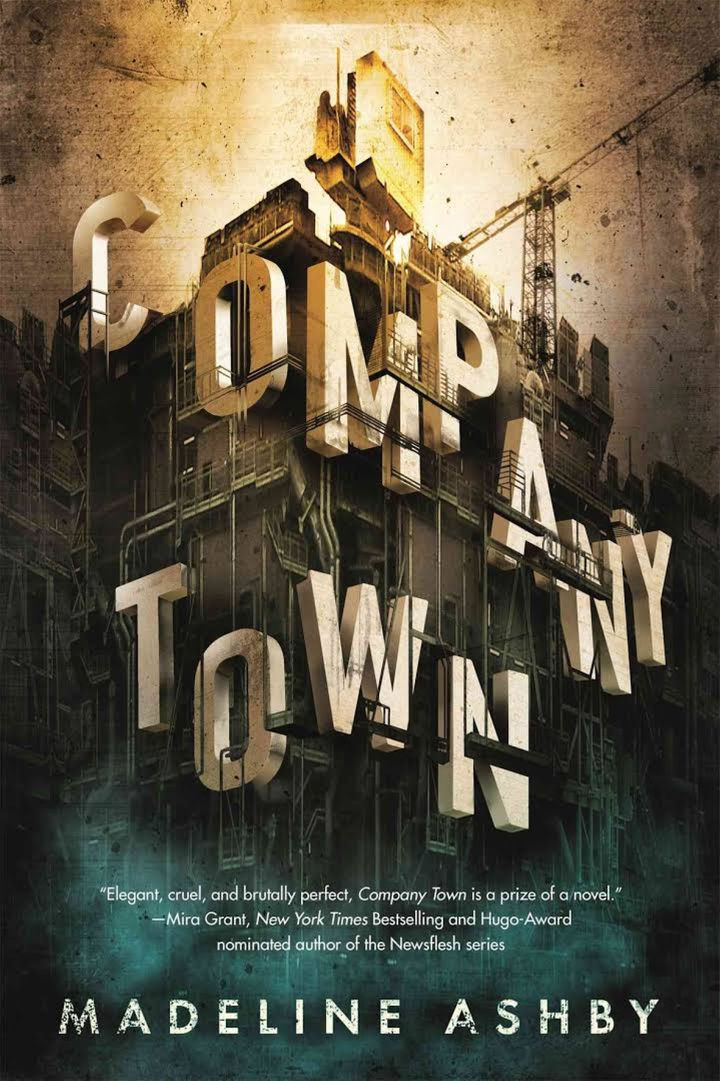 What Canada needs—what the jurors should have supported—is for the country to hear hard truths about colonialism and sexism, and investigate their own complicity in them. These ideologies are planted so deeply in the hearts and minds of even good-intentioned Canadian citizens that they instinctively silence Indigenous women; that they not only prioritize male voices, but punish their absence. What doesn’t often get discussed is how this sort of nationally entrenched discrimination not only robs those it oppresses of their humanity—it robs those it favours, as well, encouraging Canada to become a more callous, less empathetic society. We all—Indigenous and non-Indigenous, men and women—both need and deserve better. We need and deserve the history, humanity and hope offered by Katherena Vermette's The Break.

Alicia Elliott is a Tuscarora writer living near her home reserve of Six Nations. Her writing has appeared in The Malahat Review, The New Quarterly and Grain. Her sassy hot takes on indigenous issues have been published by CBC, Briarpatch Magazine and Ricochet Media.