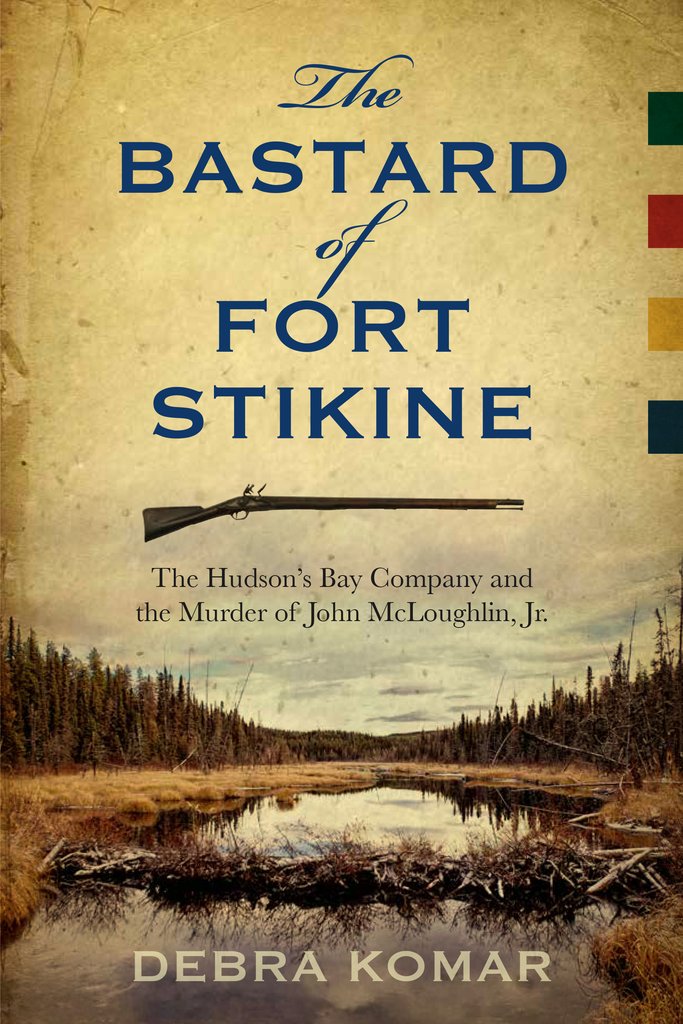 Debra Komar is the author of four books of historical nonfiction, all published with Goose Lane: Black River Road, The Ballad of Jacob Peck, The Bastard of Fort Stikine, and The Lynching of Peter Wheeler. She writes page-turners—meticulously researched, incredibly well-sourced page-turners that plumb the relationship between crime and justice in Canada through the lenses of race, gender and class.

Maisy EIC Andrea Bennett, a fan of all things true crime—particularly the seedier and oft-undiscussed chapters of Canada's past—interviewed Komar about her four published books, and what she's working on now.

Andrea Bennett: The Bastard of Fort Stikine, your third book, is ostensibly about the murder of John McLoughlin Jr., the son of Dr. John McLoughlin, chief factor of the Hudson's Bay Company, and his wife, a Swiss-Cree woman named Marguerite Wadin McKay McLoughlin. But it's also a book about colonialism and race in the mid-nineteenth century in North America—it's impossible to work through the strands of the story of McLoughlin's murder without parsing racial hierarchies, prejudices, colonial power structures. Could you talk a bit more about that? Was this something you knew going in, or something that emerged for you while you researched?

Debra Komar: One of the objectives of the book series as a whole is to help move true crime and forensic science beyond the ripped-from-the-headlines, movie-of-the-week backwater they presently occupy. It is easy to dismiss murder investigations as simply mysteries to be solved. I see crime and justice as larger and more encompassing issues. A murder can never be understood in isolation, divorced from the time and social environment in which it occurred. While the notion of blind justice is a tempting ideal, it is not a reality. Race matters, as does gender, social class, and politics. As such crimes are deemed newsworthy, the role of the media can never be ignored or underestimated.

As I began the research for The Bastard of Fort Stikine, I knew that the troubled history of Native and Metis relations with the HBC would be central to the discussion. To ignore it simply to craft a "page-turning mystery" would do a great disservice to the people involved. The HBC was, in many ways, as important to the crime as the man who pulled the trigger. For too long we have glossed over the parts of our history that are painful or shameful. Because murder inherently shows us at our worst, it also provides the perfect backdrop for examining all our social ills with objective and rational eyes. 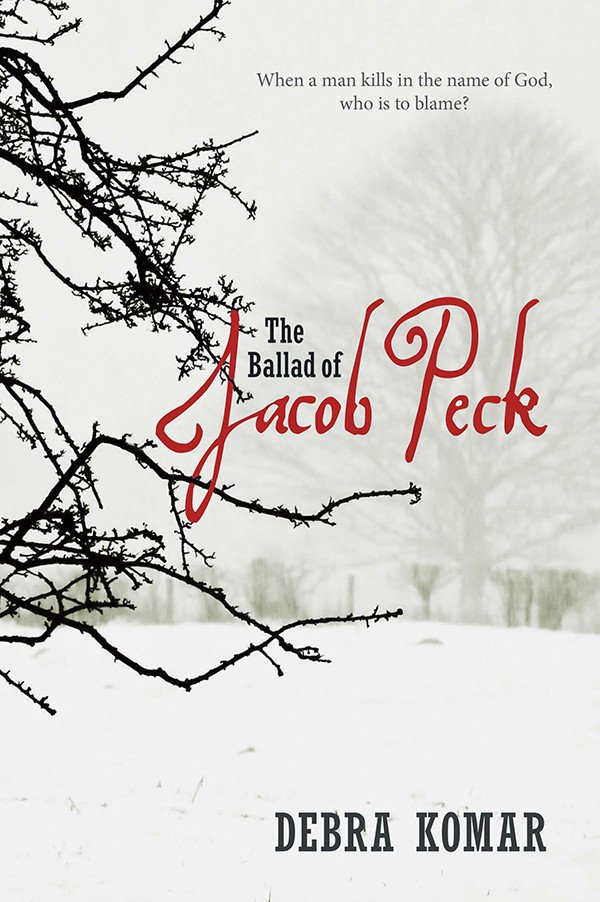 AB: The Ballad of Jacob Peck tells the story of a man, Amos Babcock, who committed murder after being carried away by the rantings of an itinerant preacher; to tell his story, though, you needed to do quite a bit of digging to separate fact from fiction—many people had taken liberties with the tale's telling over the years. Similarly, you chose to enumerate the gaps in the historical record instead of writing around them in the narrative, as it seems like others had done before you. Could you talk a bit about why you made these choices, why they were important when it came to telling Babcock's story?

DK: Perhaps it is a vestige of my forensic career but I have always been fascinated by one question: where does evidence stop and storytelling begin? When investigating modern homicides, the dividing line is clear. While I understand the desire of prosecutors (or writers) to extrapolate in order to tell a more compelling or complete story, it is crucial that we distinguish fact from fiction (a notion that has taken on particular significance in this post-truth era of "alternative facts"). Throughout my forensic career, I have always had to "prove" the narrative through physical evidence and documentation, and I embrace that approach in my writing for the general public.

Although other authors may disagree, I do not believe that creative nonfiction is a license to embellish or fabricate in the name of telling a better story or filling in the narrative gaps. Such embellishment is dangerous because the filler undermines the credibility of the facts, leaving audiences unable to separate evidence from speculation. In reconstructing Babcock's story, I may not have all the answers but I want the reader to trust the evidence presented. I see no reason for the burden of proof to be lowered just because it is a book rather than a trial.

AB: Have you come across any intriguing stories that you had to abandon because there were too many gaps in the historical record, or too many inconsistent, dissimilar narratives?

DK: For each of the books, I always begin with the central question I want to answer (for example, for The Ballad of Jacob Peck, the question was: to what extent can one person be held accountable for the actions of another?) I then work through the judicial archives to find cases that are relevant to the question. I usually identify several cases, after which I work each murder as I would a modern homicide: reviewing the evidence, crafting the timeline and so on. The case that holds up best through that review is the one that becomes the study case in the book (as another example, in the book that became The Bastard of Fort Stikine, I initially found three murders that George Simpson had covered up, of which John McLaughlin's was the most well-documented.) As I sit now, working on my fifth book, I have boxes containing at least a dozen cases that I have researched and rejected because there is not enough material remaining in the historic archives to allow a stringent re-examination of the evidence. I recognize this approach is different from most authors, who find a case that interests them and decide to write about it.

AB: It's interesting that that was your driving question for The Ballad of Jacob Peck—it reminded me a bit of Jon Krakauer's Under the Banner of Heaven, in that the murders were ostensibly done "in service of" God (but perhaps with more human motivations lurking under the surface).

Much like the novelist whose books I most like to buy at airports—Kathy Reichs!—you began your professional career as a forensic anthropologist. Reichs, of course, chose to apply that lens to writing fiction; you chose to apply that lens to writing historical, literary true crime. What drew you to true crime as opposed to fiction? When it comes to exploring those central questions you mentioned, has it been easier to look at long-dead cases, or is there another reason why your books have focused on them? 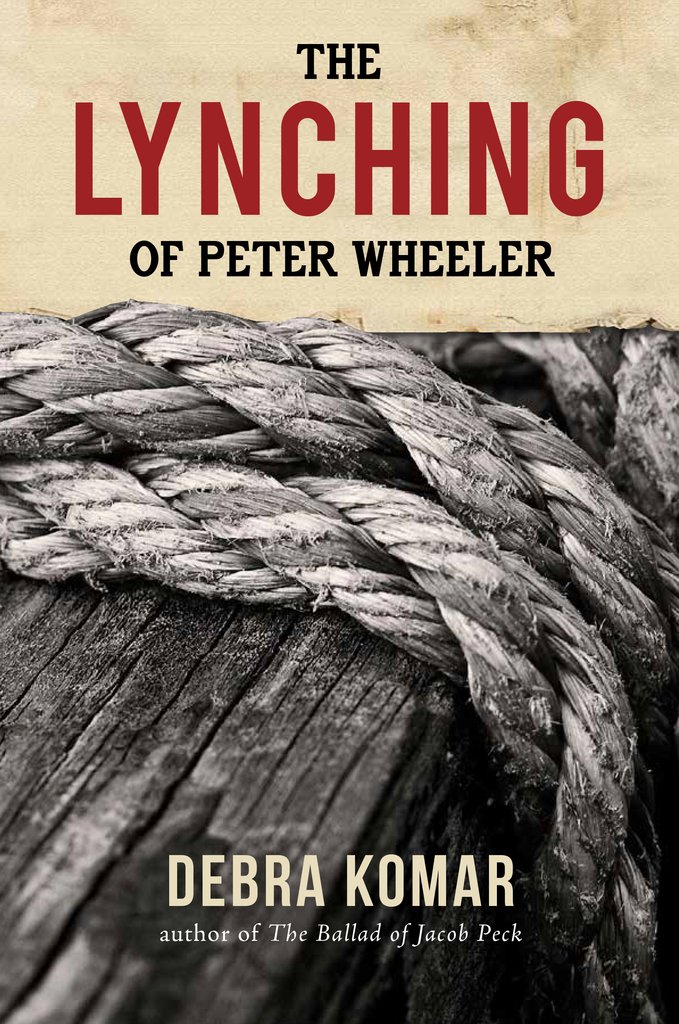 DK: While Kathy Reichs and I share similar professional backgrounds, our approach to writing is very different. Kathy opted to turn her experiences into fiction, reinventing herself in the character of "Bones." She is a brilliant storyteller, but her emphasis is the story and the characters; there are no larger social issues at play—just great mysteries.  I want to use the public's fascination with murder to examine more complex questions relating to criminal justice.

The reason I have focused on historic crime is simple: modern cases carry too much emotional baggage. Mention recent criminal trials—OJ Simpson, David Milgaard, even Jian Ghomeshi—and the audience groans. With historic cases, the average person is not familiar with the details, has no strong ties to the victim (or perpetrator) and holds no preconceived notions as to guilt or innocence. The reader can look at the evidence objectively, including material that is not directly related to the crime but addresses the social context in which it occurred. It is easier to have an uncomfortable discussion about race when we are talking about the 1800s, as the time lapsed provides distance, but the issues and their impacts remain the same. In The Lynching of Peter Wheeler, for instance, a wrongful conviction occurred because of racial prejudice, the influence of the media and a cop with his own agenda—issues that still result in wrongful convictions today.

AB: I'm fascinated with the notes and citations at the back of your books—it makes it possible for me as a reader to understand how the research you undertook became the book I just read. Being thorough, careful, and as accurate as possible seems to be important to you as a writer. How does that influence your research process? Does each new book present a new series of research obstacles? How do you figure out the best way to make your way back to primary sources, and the scene of the crime? Do you have any favourite go-to research tools?

DK: Research is my favourite part of the entire writing process. I am continually astounded by what survives in the historical record, and what falls by the wayside. What we as a nation keep safe in our museums and archives reflects what we value. I have seen cases where the physical evidence of the crime is tossed out as worthless, but the newspaper clippings of the trial are retained. Cases where the accused is exhaustively photographed and profiled, but there is virtually nothing about the victim. Given this historical overview, it is not hard to see how murder became entertainment in our society.

Trolling through the past two centuries of legal cases has also provided incredible insight into the rise of forensic science. My first book, The Ballad of Jacob Peck, featured a case from 1804, a period in which there were no police and no formal investigations. It never occurred to anyone to keep the murder weapon or reconstruct a timeline of events. Witnesses testified and the accused was convicted—that was Canadian justice at the time. My fifth book, which features a multiple murder in the Northwest Territories in the 1920s, contains all the players we now expect in death investigations: the RCMP, the medical examiner and a legal system enforcing Canadian, rather than British, law. However flawed it may be, our judicial system is an accurate barometer of our growth as a nation.