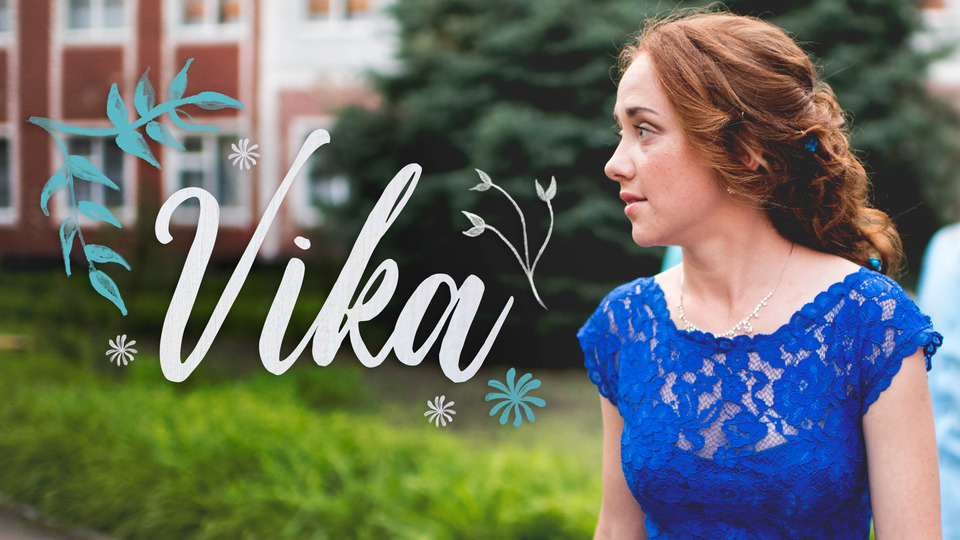 Seventeen year-old Vika, a Ukrainian orphan, lives thousands of kilometres away from her younger sister Arina. Taken to a boarding school on the first day of third grade—“they brought me here for the first bell and after that no one ever came to get me”—Vika has never left. Her ten-year-old sister Arina, meanwhile, was adopted by a family in Toronto four years ago. Vika and Arina haven’t seen each other since. Vika, a new CBC documentary directed and produced by Christian Borys and Maisonneuve contributor Marta Iwanek, both Canadians with Ukrainian roots, follows Vika during her last year at school as she grapples with the future.

What the documentarians didn’t realize was how much they, the film, and even Toronto’s Hot Docs festival would end up playing a part in the girls’ story. When the documentary aired at the festival earlier this month, before a crowd of Ontarians, Vika finally stood smiling onstage next to her sister. The filmmakers say the reunion proved impossible until the film was made––it was the screening itself that earned Vika a visa to Canada. In an interview with Maisonneuve, they discussed their film, its offscreen ending, and how it felt to change the trajectory of the subjects’ lives.

Etienne Lajoie: How did this project come about?

Christian Borys: I moved to Ukraine in 2015 to cover the war and there was a camp [for orphans], Help Us Help The Children, that was run by a Canadian family. Ruslana, the woman who started this organization, told me that a lot of the kids, when they leave their orphanage at seventeen, eighteen years old, are just kicked out and it’s basically “welcome to adulthood, you’re on your own.” She said a lot of those kids… wound up in prison, or being trafficked, they wind up in the sex trade, a lot of them become alcoholic or drug addicts.

Ruslana introduced me to Vika. I just immediately saw that she was this charismatic, smart kid. Vika told me she had a little sister who was in Canada and she hadn’t seen her in four years. I had never met Marta before, but… she was at the camp and we just decided to collaborate on it.

Marta Iwanek: I’ve known Vika since 2013. I’ve been a volunteer at the camp since I was eighteen. I’ve been going back to the camp since, so I stayed in touch with her. That’s why she trusted me so much, I think.

EL: The camp, that’s where the boarding school kids go in the summertime?

CB: The kids range in age from like five or six years old. They are kids from orphanages across Ukraine. A lot of kids with disabilities. A lot of kids that are wheelchair-bound or who are severely disabled. And they are in the worst situation because nobody takes care of them. This camp brings all together. They’ve been around for thirty years.

EL: Your initial plan was to film the first year of an orphan after leaving boarding school. Did the film turn out the way you’d pictured it?

CB: It’s a totally different movie that I thought it was going to be when I initially started it. I thought it was going to be this really gritty, on the street, dark look at a kid that can’t make it. Tries to get a job, or what not, and really struggles. And after meeting Vika she became the main character and the story just became all about her and her experience which was not that. She was still in her last year, but she was a remarkable character and she had this incredible story of losing her mother at a young age, and then losing her sister as well. She was literally all alone. But she was fighting through it and she was still optimistic and she still had goals and she was really smart. We just wanted to tell her story.

EL: One of the most touching scenes features Vika on her bed, holding her teddy bear tightly and crying as she’s about to leave the boarding school. How was this scene made possible?

MI: That was probably the hardest moment to film, when you keep your camera rolling while someone you care about is going through a hard time. She also recognized that was also part of the story. It’s hard, it’s very hard, to leave everything you’ve known and going off without a guiding figure.

EL: Did you think about the impact your documentary could have as you were producing it?

CB: I was thinking about the impact the whole time. I really wanted to see these girls reunite. Actually, the way that we pitched it, the climax of the film was going to be that the girls reunite after Vika graduates, because the Canadian parents had expressed that they would try to fly Vika over for May or June 2017. Then I think in March, the mother said that wasn’t going to happen.

We just continued filming with her, continuing going through the motions of her life. All along, I really wanted to see her actually get the chance to go to Canada because she gives so much of her time in order to do this, and she opens up her life. It’s just like a “thank you” to be able to say that you helped her actually get to come here, get a visa. It’s a super hard process. It kinda takes an extraordinary circumstance, like a screening, to be able to get a visa for her.

EL: Has Vika received a lot of support since the documentary has been released?

CB: I just got an email literally right now from CBC saying that a lot of people are messaging asking how they could help her. We want to set up a crowdfunding campaign to be able to generate some funds to help get an immigration lawyer, so that she can get a two-year student visa which she could hopefully parlay into a three-year work visa. When we got into Hot Docs, we asked the Canadian embassy in Ukraine if it was possible to get a visa for her to be able to join us for the screening and they were incredibly helpful. And the Ukrainian diaspora here in Toronto has really embraced her.

MI: The idea is to work towards bringing her back here on a permanent basis. It’s just not going to happen overnight. It’s also been so incredible to watch that support. Everybody has been so touched by the story. The thing about Hot Docs that’s cool is that you can see the audience’s reaction right away. People were so engaged and asking questions, and cared. Everyone that I talked to was like “I texted my brother,” “I just texted my sister.”

EL: How has Arina, the younger sister, lived through this?

MI: She has adoptive parents that cared for her so much. Of course I think it was hard for her. She said she looked at the film seven times, and she was saying [to Vika], “why didn’t you come sooner?” She was six when she was adopted. Now she’s eleven; now she’s starting to understand a lot more. Her mom always said that she always knew she had a sister.

EL: When she finally came back and you first saw them hug each other, what went through your mind?

MI: I was filming [laughs]. I mean, I flew with Vika. It’s hard to explain in words. I asked Vika how it felt, too, and she said “it’s hard to explain in words.” I think she was also so nervous. “How is she going to accept me in real life when I see her?” Then just seeing them together, it just felt like the most natural thing in the world—it just felt right. The bond was so strong, and you can’t break that. They just hugged and said, “how are you,” as if no time has passed. And then Arina was mimicking her, following her around, wouldn’t let go of her hand, and then they just went to sleep right beside each other.

EL: That’s the happiest of endings.

MI: Even that she got to see her sister for that one week meant so much to her. I have a big sister, and she’s away a lot too—I was lucky to be raised in the same home. We’ve spent so much time with the girls, you just start to really care for them, and want the best for them. So how could we not try everything we could to bring Vika here? We have this opportunity for her to see her sister. I hope that emotional closeness comes across.

This interview has been condensed and edited.