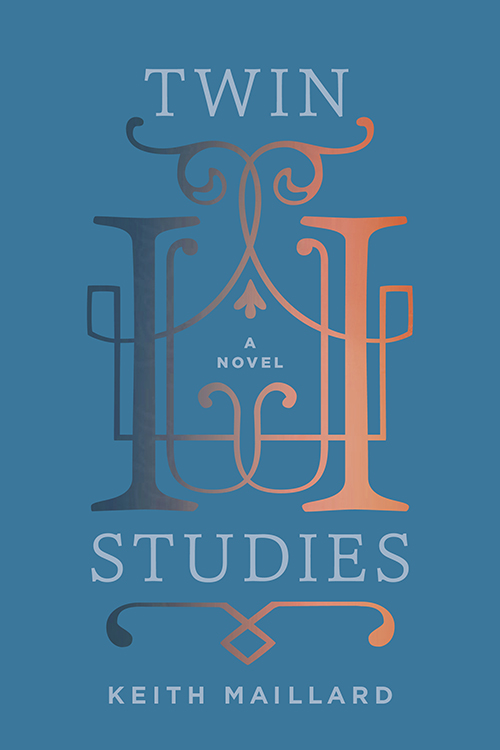 A black car was shooting down the driveway straight at her, coming way too fast. Before her mind could register what was happening, Erica had already kicked the brakes. Her seat belt grabbed her, jerked her back so hard it hurt—and fuck, the other car kept right on coming. All she could do was watch—oh my god, watch it stop? No, she was going to get hit and there was not a thing she could do about it. A rolling jolt, a dull smack—metal on metal. Was it over? Hey, she thought, that’s not too bad. I can live with that.

The blonde woman in the black car was staring at her through their two windshields. It wasn’t just any old black car but an SUV, a small one, and not just black but a gleaming spaceship black—inside, not just a blonde woman but a blonde child, both of them shocked and staring. The woman threw up her hands in helpless despair—then put her car into reverse and made a come on gesture. Erica clicked into low and inched upward after her.

The driveway led to a turn-around big enough to park half-a-dozen cars. Erica pulled over and turned off her engine. I have just been in an accident, she thought—a pissy-ass stupid pointless little accident. She was in full burn—that’s what her mind called it. She usually chased the burn but now it was chasing her. She’d told nobody about the burn and she would tell nobody about it. The burn was private, the burn was hers, the burn was this—sweating, sucking air, her heart trying to hammer its way out of her chest. She couldn’t see right. Her thoughts were scrambled.

The blonde woman was getting out of her car, so Erica thought that she should get out of hers too. The module of Erica’s mind that recognized humans and processed them as being human must have turned itself off because she saw the woman walking toward her as virtual, as a YouTube video titled “tall hot blonde.” The omega on the woman’s jacket didn’t mean The End, it meant lululemon. “Are you all right?”

“Oh, I’m fine,” Erica said, although she wasn’t. She was surprised that she could talk at all. Adrenaline was fouling her mouth like hot pennies.

The blonde woman bent down to look at Erica’s car, emitted the word “shit” as a soft puff of sound.

There was nothing for Erica to do but pretend to be normal. She looked too, saw a short deep scoring in her left front quarter-panel. Now the woman was walking away. She was inspecting her own car—a BMW. How absolutely and utterly wonderful—Erica’s Golf had just been dinged by fifty-thousand-bucks’-worth of high-end German engineering.

If this woman was the twins’ mum, then she had to be forty-something but she looked younger. Her eyes were astonishing—huge and golden, true amber, rare in humans. She’d emphasized them with mascara. She was using them now to shoot a blast of anger at Erica—“You don’t expect to run into somebody in your own driveway.”

“I’m sorry,” was what a normal person would say, so Erica said it.

Now the woman seemed to be checking out Erica the same way she’d checked out the damage. “Oh, what a ridiculous— But it is my fault. Absolutely. No doubt about it. I was going too fast. Let’s leave ICBC out of this, okay?”

The woman’s sea-blue workout gear fit her tightly enough to show off a figure to die for—maybe she really did work out, maybe she spent half her life in the gym—and to top it off, she was naturally blonde. At the roots, all the honey did was turn to copper. Just the kind of woman Erica loathed on sight. “I’m Karen Oxley, by the way.”

Okay, so Erica had picked the right driveway. Until then she hadn’t been absolutely sure—not in this pretentious upscale neighbourhood where people didn’t give a shit whether you could read the numbers on their houses or not. And this must be the twins’ house—concrete and glass, a classic example of West Coast Architecture ready to be photographed for a glossy coffee-table book. Mile-high hemlocks and cedars and firs blocked it off from its neighbours. Worth a couple of million bucks easy— No, that was nowhere near enough. Three million? More? How could anybody afford a house like this?

Erica was slowing her breathing so her heart rate would drop. If she’d been alone, she would have monitored her pulse. The burn, as it always did, had given her the illusion of meaning, but now she was sinking back into the flat pointless home movie where she usually lived these days. “I’m Erica Bauer,” she said.

She reached for a card but couldn’t hand it over yet because the mum was still pumping out the words, going blah blah blah, all about the accident. The BMW had suffered nothing more than a five-centimetre stripe of blue paint on its bumper. “I’m not even going to bother with this. Look, Erica . . . Would you mind? . . . I’m sorry—”

A small blonde clone of her mother was leaping out of the BMW. The car was so high off the ground that for a child, it really was a leap. A drawn-out wail: “Mu-um!”

The twins’ emails had introduced Erica to the major players, so this must be the little sister, Paige, costumed perfectly for her role—in pink leotard, pink tights, and pink ballet slippers crammed into unlaced pink running shoes, her hair up in a ballet student’s bun—a blue-eyed tow-head blonde. She was jumping up and down. “Mu-um! Mu-um! We’re going to be laaaa-aaate!”

Mum’s golden eyes shot a sizzling bolt at her daughter. “I am so sorry,” she said to Erica. “Would you mind? . . . Just take your car to a body shop and send me the bill.”

“Sure. No problem.” Fuck you, Erica thought.

The woman’s face had fallen into an expression of inquiry—polite but unmistakable—who the hell are you, and what are you doing in my driveway?

Explanations—Erica wasn’t sure she could do them. Parents, when they first met her, never believed that she was old enough to be who she said she was. She and her sister had always looked younger than their age. In high school, they’d been mistaken for grade eights—in university, for teenagers. “You’ll be glad when you’re forty,” their mum had told them, but Erica was years away from forty. The taste in her mouth was absolutely foul. She needed water. Focus, she told herself.

Her card usually did the trick. It had the university’s distinctive green-and-gold logo. It said that she was Doctor Bauer.

The woman looked down at the card then up at Erica.

“Did I get the day wrong?” Erica asked, keeping her voice neutral. She knew perfectly well that the twins had sent the last email—the one that had invited her—and not their mother.

“How should I know?” The woman held Erica’s gaze a moment longer then turned to address the house. “Hey, Gemini Forever, get your asses out here.”

The twins must have been watching from just inside the open front door. They came slumping down the steps with the hangdog air of kids who knew they were in deep shit—and oh my god, they were boys.

Erica had been expecting girls—but why? They had gender-neutral names, so maybe it was their verbal fluency or the mention of The Parent Trap or something girlish in their emails. It had never crossed her mind that they might be boys. The researcher in her was automatically assessing them for twin type, looking at the big important markers—hair, eyes, height and weight. They got a check on all four—a pair of dark-haired, brown-eyed boys, matched in size. If they’d always been told that they were fraternal, she could see their problem. They could well be identical.

“You want to explain this?” their mother was asking them.

They obviously didn’t—staring down at their scuffed black dress shoes. Still in their private-school uniforms—grey pants, white shirts, striped ties, navy blazers with the school crest on the pockets. Wearing the same haircuts—a fly-away style that curled around the sides to cover most of their ears and fell in the front into long ragged bangs.

“Nothing to say?... Okay, let me introduce you to Doctor Bauer. She’s from the Interdisciplinary Twin Studies Program at the university. She’s driven all the way out here to see you. If I wasn’t running late, I wouldn’t even be here . . . Isn’t it odd that Doctor Bauer would show up at exactly this time?”

“Erica. Okay, let’s get one thing straight here. You are not going to put my kids on antidepressants.”

“I can’t put your kids on anything. I’m not a medical doctor.”

“I’m a psychologist. I study twins.”

“And now you want to study mine?”

“Yes. With your permission.”

The woman looked away—not at her kids but at the sky. She was holding Erica’s card in her right hand, snapping it repeatedly into the palm of her left. Then she looked into Erica’s eyes. “Well, you’ve hit the jackpot today, Doctor Bauer. If you want twins, you’ve got twins. You can just study the hell out of them.” 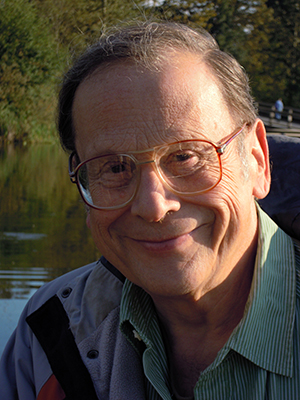 Keith Maillard is the author of fourteen novels, including Two Strand River, The Clarinet Polka, and Difficulty at the Beginning, and most recently Twin Studies. He has won the Ethel Wilson Fiction Prize and was shortlisted for the Commonwealth Literary Prize and the Governor General’s Literary Award. Keith was born and raised in West Virginia and has lived in Vancouver for most of his adult life. He has been a musician, a contributor to CBC Radio, a freelance photographer, and a journalist. He teaches in the Creative Writing Program at the University of British Columbia.