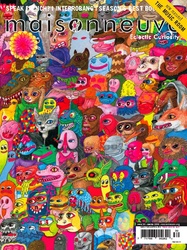 Today I watched a video of a pelican swallowing a pigeon.

It starts with someone’s jiggly handycam or cellphone focused on a single pelican on a patch of grass by a river—I’ve been told this is St. James Park in London, as regal a place for birds as any. Nearby are other pelicans, pigeons and some geese. But our pelican is front and centre, star of the show. There is something weird about him, something distracted and distant. He ignores a young boy’s offering of breadcrumbs, instead gazing ponderously off into the distance—and then turns, takes a few quick steps and stabs his beak downward to snatch up one of the pigeons pecking about nearby in the grass.

Pelicans are not normally bird eaters, so watching the video you might assume the pelican has either done this vindictively (who doesn’t hate pigeons?) or in jest (“Ha, ha—just kidding, little buddy,” and then he will set the stunned pigeon back down). But no, this pelican seems consumed by something else entirely, something beyond the wings of the pigeon flapping madly from either side of his beak. He has a resigned, unfocused look about him as he totters off down to the river. He wants some privacy now. He wants to eat.

Meanwhile, the pigeon is doing its best to escape. It thrashes around inside that big canvas sort of thing that attaches the pelican’s beak to his neck; from within the pouch the pigeon’s wings beat frantically, the beak poking vainly for freedom and the talons scrabbling. But then the pigeon’s efforts subside. The pelican turns his back to the camera. Before the video cuts out, he points his beak skyward, presumably opens his throat, and—gulp!—swallows the pigeon down.

A few years ago my friend Pauline and I snuck into the lounge of an international writers’ festival, where I accidentally ate a piece of paper. Neither of us are international writers; our literary activities are more modest, at a municipal level. But Pauline is my grandma’s age and as such an unlikely person to be sneaking in anywhere, so we figured we could get away with it.

Pauline and I had gone to this festival together to hear an author we both liked read from his latest book. When that was over, Pauline decided that she wanted to hob-knob with famous literary types. The prospect made me anxious, as hob-knobbing causes the sort of chemical reaction in my body that releases excess amounts of sweat and drool. But Pauline promised that there would be a buffet in the authors’ lounge, so I could just hang out there and eat; I wouldn’t have to hob-knob with anyone.

Just as Pauline promised, the authors’ lounge had a very nice spread indeed. There were canapés  and sushi and elaborate garnishes fashioned from vegetables and fruit. Above, a fancy chandelier dripped crystals. The muted banter of smart people seemed to stop as we stepped into the room. Unfazed, Pauline immediately struck up a conversation with three stooped, balding men in elbow-patched blazers and jeans. Left to my own devices, I ducked my head like a tailback breaking through the offensive line, and made a beeline for the buffet table. I pushed past authors who I assume were important and who had doubtless won important prizes for writing important things, and began to eat.

And, wow, did I ever eat. Forgoing the extravagance of a plate, I grabbed whatever I could, reaching and stuffing, and sometimes even chewing. I had recently had a story rejected by a prominent magazine, and I was certain that the editor lurked somewhere in the lounge, either mocking me to his colleagues or calling security. So, obviously, all that mattered was food. I ate pinwheels of something, a cracker wearing a spiral of fishy mousse, another cracker, fistfuls of cheese, a radish whittled into a flower – everything, everything.

Then I noticed a woman watching me. It was obvious that the extensive damage done to the buffet was entirely by my own hand and mouth. No one else was eating. Pauline was hob-knobbing with the literati, more literati were lounging in chairs, some were even scribbling in notebooks – but none of them, nary a poet nor playwright nor memoirist, was partaking of the free food. And here was this woman in a very long necklace and golden pants eyeing me suspiciously.

Trying to act casual (maybe I was a food writer, what did she know?), I took one more item from the buffet and stuffed it into my mouth. As I began to chew, I realized that the hors d’oeuvre, whatever it might have been, was wrapped in paper. The woman watching me apparently realized this, too; her look of accusation became curiosity – just how the average person might feel watching a pelican swallowing a pigeon: Jesus, what is this moron going to do now?

I had two options: reach into my mouth and pull out the piece of paper, likely saving myself from severe indigestion, or man-up, keep chewing, and swallow it as though eating paper were something I did every day.

Of course, I ate the paper.

The woman, whoever she might have been, watched the entire time. When I finally swallowed, I half expected her to say, “Open up,” as proof that I’d taken everything down. But she merely nodded at me and took her leave. Clearly, I didn’t belong there, under the chandelier sprinkling its diamond light over all the important authors. I imagined the woman telling her colleagues about what she had witnessed—likely in erudite ways using words I’d never heard before—and the editor who had rejected me saying, “Not only is he a douchebag, he’s a lousy writer, too!”

I slumped off to find Pauline. It was time to go.

The video of the pelican eating the pigeon ends too soon.

Presumably, as soon as he has the pigeon in its bill, the pelican realizes what he has done—in St. James Park! With his peers strutting around him, he has to maintain his dignity and avian etiquette. Regurgitating the bird onto the grass is simply not an option. So the pelican steals off to the riverbank to suck up his pride and swallow the pigeon. But then what?

I want to know what happened to this pelican, if he was shunned for life or became fodder for stories chattered and squawked from bird to bird around the park. Or, before things could degenerate to that, if he just pre-emptively flung himself into the river and never came up.

Ideally, someone will track the pigeon-eating pelican down and provide an update. Who knows? It’s possible that after a brief period of shame, he has been able to put things back together. Maybe one of the other pelicans took him under his wing—seriously!—and let him know that these things happen, that sometimes life presents you with a pigeon that you mistake for lunch, and you eat it and feel stupid. It’s okay. Maybe he can even laugh about it.

Whatever’s happened, I’d like to imagine that this pelican has slid casually back into the fold of eating fish and pecking, cooing or whatever, flying high above London—do urban pelicans fly high? Sure then: just glide a few feet off the ground, land and ruffle his feathers in a dignified way, and stand there gazing out over the grounds of St. James Park, honourable and stoic, steeling himself against the urge to gobble anything that goes wandering by.

No, the pelican doesn’t need to fly. It would be enough to know that he is doing okay, that he’s moved on, that the other birds have forgiven him, or forgotten, and he can go quietly about his feathery way. Even if deep down inside him rages jealousy and envy over how calm his pelican peers always seem, how serene and put together, and how at all the riverside happenings they know what to do and how to do it, and roost about in ordered flocks, doing it.