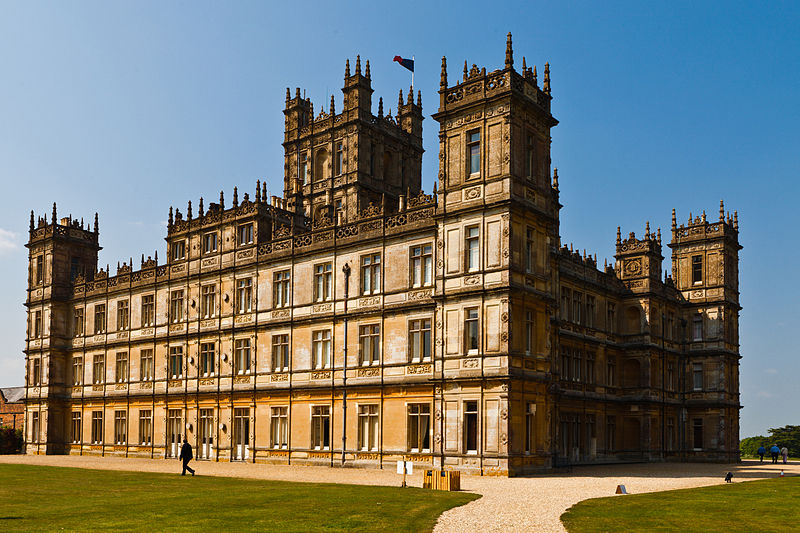 There’s a lot that appeals about Downton Abbey, the post-Edwardian soap opera following an aristocratic family and their serving staff. Gorgeous clothing, class resentment, wartime romance, scheming butlers, car crashes, an ultra-sassy Maggie Smith—there’s something here for everyone. By its fourth season, though, a show that has already featured real historical scandals, blackmail of every possible variety and the deaths of several major characters may have to venture into questionable territory to break new narrative ground. Much has already been written about a violent rape scene in the season's second episode that has been widely regarded as an exploitative ratings ploy. But there was another, quieter moment this season that bothered me almost as much for what it suggested about women and representation: Edith’s last-minute decision against an abortion

Edith began the series as the long-overlooked middle Crawley sister. Her character started to develop, though, and over time she has become a newspaper columnist and an advocate of women’s suffrage. She’s also in a fulfilling romantic relationship, but it is not without its problems: he is married, his wife has been institutionalized for years and divorcing her in England is impossible. He travels to Germany, in the hope of becoming a citizen and ending his marriage, and disappears. Edith hasn’t been able to reach him for several months when she finds out that she’s pregnant with his child.

There are many options available to Edith and to the writers who decide her fate. She considers raising the baby alone or giving it to a neighbouring farmer before deciding that she will get an abortion. But rather than granting Edith the agency to go through with that decision, the writers have her commit the most predictable and hackneyed trick in the book: she enters the abortion clinic with the intention of terminating her pregnancy, but has a last-minute crisis of conscience and decides she will carry the child to term.

It makes sense for Edith to have doubts, especially given that abortion was illegal, and likely dangerous, in 1922 England. But the scene didn’t reflect the complexities involved in this kind of decision; it reflected dismissive and judgmental attitudes about women’s choices that are far too prevalent in pop culture. The same scene has played out so many times, in so many different movies and TV shows—even, bafflingly, in those that tackle other risky topics.

This is less an indictment of Downton Abbey, a show I like despite its flaws, than it is the result of bitter frustration against the limitations placed on women in popular culture. A character leaving the abortion clinic has become so common that it’s now a recognizable plot twist with its own set of meanings. It was the main premise of Juno, in which a pragmatic and headstrong teenager so secure in all other matters is cowed by a dorky protester and runs away from the clinic in order to have the baby, later explaining that the fetus already has fingernails! There’s also Blue Valentine, a movie that earned the ire of the MPAA for showing a female character receiving oral sex, but played it safe on the abortion question: Michelle Williams’ character actually makes it as far as a gynecologist’s stirrups before she changes her mind and decides to keep her baby. Even Sex and the City—a show that’s mainly remembered for its excessive celebration of consumerism, but that was inarguably radical in its depiction of women and sex—is guilty of perpetuating this idea. Both Carrie and Samantha admitted to having terminated pregnancies in the past, but when Miranda gets pregnant in the actual timeline of the show, even Sex and the City refuses to show her going through with the procedure. Instead, the practical, whip-smart, career-oriented Miranda decides once she’s in the abortion clinic that she really does want to be pregnant after all. Miranda, of all people!

When we see this play out not once, not twice, but in a pattern of repetition, it becomes a part of our culture. It starts to stick. It stops being an individual story and becomes a message: it tells us that agreeing with abortion in theory is one thing, but to actually go through with an abortion would be something different, something unacceptable. For some reason, many TV writers don’t think that a female character can make the decision to terminate an unwanted pregnancy and remain likeable.

The moment in Downton where Edith tells the attending nurse that she has made a mistake, and the music swells and her aunt repeats Edith’s words with a beatific smile, is presented as a triumph. But personally, I don’t see it as a triumph at all. I see it as a disappointment. This is the show that brought us Sybil’s pantsuit, and Anna helping Mary move Kemal Pamuk’s dead body out of her bed and “What is a weekend?” And I think it can do better.