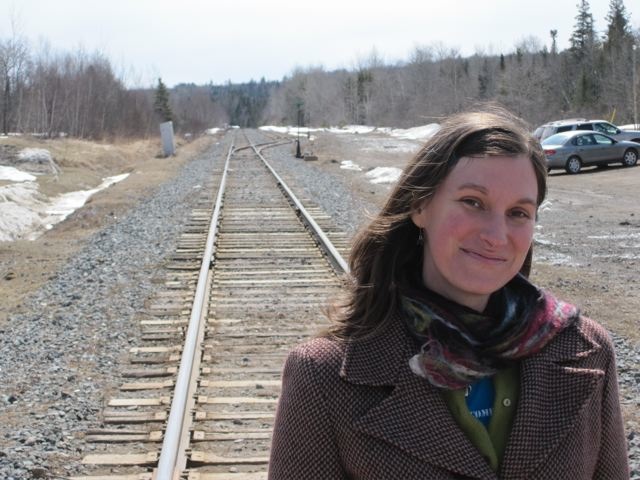 The best poetry criticism is conscious of its own form. Such prose depends on the poetry it evaluates, but it also exists outside that poetry. The test for success is simple: when the critic is honest about their impulses, and when their sentences are firing on all cylinders, the reader should be able to enjoy the work without previous knowledge of the book or writer under the microscope. Anita Lahey’s book of criticism and personal essays, The Mystery Shopping Cart: Essays on Poetry and Culture (Palimpsest Press, 2013), offers up reviews that work on this level, as standalone pieces of art.

The book is a welcome addition to a field dominated by men. Lahey, though, is not writing to settle scores in the CanPo gender debate. Noting that over her career all her reviews “save one” have focused on collections by a woman, she says that this “has not been intentional.” Indeed, the collection leaves the impression that Lahey simply reviews books that she feels she can say something meaningful about and add something substantive to the poetry discourse.

The Mystery Shopping Cart is a kind of sampler exhibiting the different forms poetry criticism can take. There’s the opening statement of critical practice, the long-form career consideration, the single-book review (both in-depth and quick peek), the multiple-writer conversation and the personal essay. This variety is hardly disorientating. Lahey sidesteps monotony in her refusal to approach poets and their subjects in the same way. A portrait emerges of a critic versatile enough not to stay stalled in one mode, a reader willing to look at their art from all angles using a range of strategies.

Lahey lays out her review philosophy in her excellent introduction, simply titled “On Reading and Reviewing.” She clearly has no truck with the empty spectacle of the hatchet job, but more bothersome for her is the “tempered offering” of the reticent review, “the kind of report that gives credit neither to the book’s author nor its potential readers; prose as boring to read as it must have been to write.” Lahey comes from a journalism background, and suggests that the clarity and consideration for the reader required for that job should be concerns for the poetry critic, too. Lahey practices what she preaches. There’s style here, but barely any BS. The result is prose that is entertaining to read: individual but not egotistical, informed but not dense. Take this bit of Gwendolyn MacEwen analysis, a gloss on the second five-line stanza from her poem “The Breakfast”:

This poem, moving as it does from “hysteria” to Eden to the blessing of forgetting, followed by that sinister nothingness taking form in the solid, heavy rhythm of “each step of your function,” frightened me when I first read it at age twenty-two, incidentally the same age MacEwen was when it was published. It also brought an inexpressible relief. Note the three intangibles (hysteria, Eden, and forgetting) interspersed with the spoon, the apples and the steps. Myth in reality. Weight in air. The inevitable known, the daily meal, containing the inevitable unknown, our end.

How sharp this is! And how unafraid Lahey is to insert the personal detail (that great touch about reading it at twenty-two). She does this type of thing frequently, to good effect. For Lahey, art is always intersecting with life, and bringing in the biographical is central to how she reads.

Lahey rarely falls into the common traps of the reviewer: vague descriptors, scant quotation, goofy swagger, and forced conclusions that result when a stumped or bored critic tries to jam the square peg of a poet into the round hole of a preconceived poetics. The outcome is essentially jargon-free reviews that contain adept interpretations of representative lines. Lahey is confident enough not to equivocate; she gets to the heart of what a poet is trying to do, and with aplomb—all we can ask for from a reviewer. When she’s on, when her enthusiasm is palpable on the page, she has a way of getting at a poet with just a line, a meaningful summing up in a deftly worded phrase: “Davies has a convincing way of turning one thing into another simply by letting us in on the revelation-in-progress” or “Though it fumes, [Owen’s] poetry does more; it has become that finely wrought thing on the other side of anger: what we call art.”

In her extended treatments, Lahey considers the reputations of three poets: one under-appreciated (Dorothy Roberts), one out of favour (Gwendolyn MacEwen), and one still acclaimed (P. K. Page). Thankfully, Lahey avoids the kind of hero-worship that can leach into those longer “should-be-venerated-more-than-they-are” essays that often spring up in literary journals. One never gets the sense that Lahey is overcompensating in these pieces, quoting only passable lines and then trying to convince the reader why they are brilliant. In her balanced appraisal of MacEwen, for example, Lahey is refreshingly honest about her lapses; in characteristically straightforward language, she states that: “Some of her stuff is just plain bad.” Lahey’s admiration for MacEwen is clear, but honesty of this stripe balances this and the other essays.

The conversations between writers collected in the book offer broader takes on poetry and poetics. Lahey has a talent for guiding her peers towards deeper explorations of their interests and motivations; it’s here where we find some of the loveliest moments in the book about craft. My favourite was Lahey’s discussion with poets Sharon McCartney and Kerry Ryan, a dialogue that explores what had drawn all three to writing about the “traditionally male pursuits” of kickboxing (Lahey), boxing (Ryan), and weightlifting (McCartney). Comparisons between composition and intense physical activity abound in the piece. Here’s Lahey:

“You want, in either case, to streamline the moves, to be decisive and clear; to not muddy the fight with too many moves or the poem with too many metaphors or ideas; to find the exact perfect response to a given situation or idea; to neither hesitate, hedge, nor hold back.”

Just one moment among many where you feel that the sheer momentum of the conversation brought about fruitful insights about process. And the best thing about these conversations is that they actually read like conversations rather than echo chambers or soapboxes. The writers talk to—rather than at—each other.

The least compelling section of the book collects Lahey’s short reviews from Arc Poetry Magazine, a journal she edited from 2004–2011. While Lahey’s considerations of individual collections here are perceptive, the format limits her. Lahey is a gifted reader, and has a talent for context, for plumbing those moments where art meets life. Lahey is not afraid of using “I” in her reviews, and as suggested earlier, her longer pieces regularly contain personal anecdotes that enrich, rather than detract, from her criticism. But in these short reviews, one feels that Lahey is just getting under the hood of a book and tinkering with its moving parts, when slam, the quick summation and we’re done.  The consequence of such truncation is blurbish stuff like “Pick’s work, an ever-shifting blend of lyricism and narrative, is direct and refined,” or “her cadence is both hypnotic and foreboding,” or “achingly beautiful song to humanity.”

Due to space constraints, her idiosyncratic voice seems curbed. My reservations with this section have less to do with Lahey than with the thumbnail review itself. Perhaps I shouldn’t be complaining—better any review at all, I can hear the reader say, when real-estate is shrinking. Yet I prefer the extended assessment, where excellent stylists like Lahey can really turn a poet over, where pieces can be quoted in part (or full) and Lahey can lead us through her enthusiasms and reservations with a practiced eye. The short reviews are just pop-ins.

Throughout the book, Lahey makes the peculiar and perhaps risky choice of adding afterwords to most of the pieces. These short additions, no more than a page (often less), may grate on some readers. However, the afterwords ground the book and serve to connect the pieces through a “present” voice. Among other things, they are background tidbits, asides, second-guessings and admissions. After her long essay on P. K. Page, she amusingly tells us that she “tried the glosa and failed. Tried it time and again, with godawful results.” She sometimes questions her reviews in the afterwords (“Was it fair to review Avasilichioaei’s first book alongside her translation of Stanescu?”): the present self reviewing the past self. The afterwords remind us that reviews (and our opinions) are hardly holy writ, a valuable lesson in a book of criticism.

Some of the strongest writing in the book appears in the final section, a set of personal essays. Lahey’s essay on eulogies is worth the price of admission, and one of best things in the book. Part memoir, part multiple elegy, part disquisition on how we deal with death, the essay is structured around various eulogies Lahey has delivered for friends and family. Lahey packs into thirty-odd pages a book’s-worth of grief and epiphany without the schmaltz of most death-themed nonfiction. It’s a testament to her capability with the personal essay that she can turn writing about the eulogy, a form she confesses is “sappy, incomplete and awkward, dripping love and exaggeration,” into something as deeply felt and engaging as this piece was. Lahey brings to these essays the same honesty, directness and curiosity she brings to her criticism.

The final piece in the book is a short tribute to Lahey’s father, a retired cash register repairman. Lahey equates his now antiquated career with her own “dicey” path: “I ask myself how I’ll survive if the space I occupy in the world alters so irrevocably as to disappear.” Let’s hope that that never happens, and that there will always be venues for critics like Lahey.

Danny Jacobs’ first book, Songs That Remind Us of Factories (Nightwood, 2013), is shortlisted for the 2014 Acorn-Plantos Award for People’s Poetry. He lives with his wife in Riverview, New Brunswick.