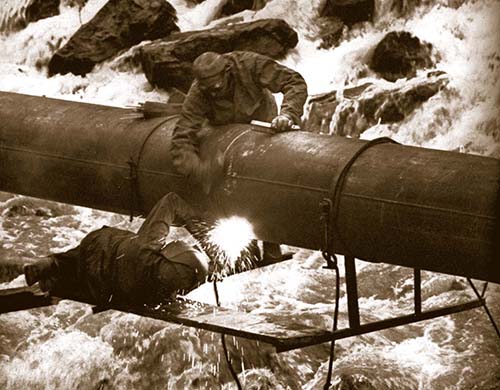 Studying the bitter lessons of past judicial pipeline rejections wasn’t enough to save the Trudeau Liberals from the same fate. Thursday’s court decision halting the Trans Mountain expansion project came after what a senior federal official tells Maisonneuve was an effort to examine “very seriously” the past signals given by Canadian judges. The court explained where the government went wrong this time—but maybe too late.

Trans Mountain’s path echoes the failed Northern Gateway pipeline, approved under the previous Conservatives. Under the current administration, the government had closely studied the earlier pipeline and worked to ensure everything about Trans Mountain was by the book.

Bureaucrats took a methodical approach, combing through past court decisions to make sure they were “mitigating or avoiding the adverse impact” of all issues that popped up previously, says the official, who works for the Natural Resources Canada federal department. The person spoke before Thursday’s decision and on condition of anonymity.

But the Federal Court of Appeal, the same body that rejected Enbridge’s Alberta-B.C. Northern Gateway in 2016, ruled then, and again today, that the government did not properly fulfil its legal obligation of consulting the First Nations potentially affected.

Trans Mountain, also running from Alberta to B.C., led to an unprecedented level of opinion-gathering, Natural Resources’ official says. “As far as I’m aware, that’s the first time a provincial government and a federal government worked jointly on consultations.” It also involved more than 100 Indigenous groups.

The Northern Gateway effort paled in comparison. “You can see the consultation and accommodation report that was published,” the person says of the tome of hundreds of pages on Trans Mountain. “If you consider Northern Gateway, there wasn't a report that was published.” And “a lot of the work that we do is more behind the scenes,” the official says.

But the government clearly misread the court’s past signals. When Prime Minister Justin Trudeau’s cabinet approved the pipeline in 2016, the consultation was “central” to informing the decision, even a “defining moment” for the Natural Resources department, the official says.

The federal court didn’t agree that the government was within a safe zone. In its decision, it wrote that the government “acted in good faith,” but the legally required consultation cannot be fulfilled by simple information gathering; it requires a two-way conversation.

“For the most part, Canada’s representatives limited their mandate to listening to and recording the concerns of the Indigenous applicants and then transmitting those concerns to the decision-makers,” the court wrote.

The judgment gives the government the option of restarting parts of Trans Mountain’s review process, rather than outright killing the project. But in the case of Northern Gateway, which had a similar ruling, it was a blow big enough that the project simply died.

Speaking after the Trans Mountain decision, Finance Minister Bill Morneau blamed the former Conservative administration for Canada's “flawed environmental review process” that he says his government tried to improve. Morneau says the government remains “absolutely committed” to the project, although he did not say how it will deal with the court's decision.

The situation, however, is worse this time around, adding up to a very costly gamble for an administration that has backed the economy and oil industry against coastal and First Nations governments and environmentalists.

Compared to Northern Gateway, the government has far more on the line for Trans Mountain. It reached a deal in May to buy the pipeline from its proponent, Kinder Morgan, after the company had had enough of the hurdles the project regularly encountered. Thursday’s judgement shows that the change of ownership didn’t remove any hurdles.

No doubt, the decision is already being studied, perhaps by the same bureaucrats who pored over the Northern Gateway ruling.

Incidentally, Thursday was also the day shareholders of the Calgary-based Kinder Morgan Canada Ltd.—a subsidiary of Houston’s Kinder Morgan Inc.—voted on the decision to sell the pipeline to the government. More than 99 percent said yes.

A feature story by Ethan Lou on the behind-the-scenes battle over Trans Mountain will be published in Maisonneuve’s fall issue, on newsstands Sept. 15.