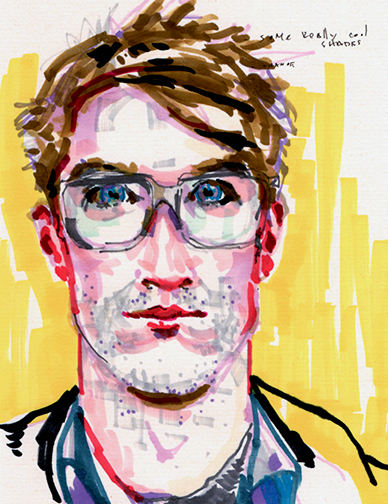 This winter, Maisonneuve will publish its fiftieth issue. To celebrate, we asked past editors to choose five favourite pieces from their time at the magazine. First up, Drew Nelles, our Editor-in-Chief from 2011 to 2013, shares his picks.

"Rites of Return" shouldn't work, but it does. It's hugely ambitious, weaving in great writers and works from the Western canon—The Odyssey, the Bible, Cervantes, Beckett—with meditations on Israel and Guantanamo Bay and the writer's experience as an Iranian refugee. Abou Farman is easily one of the most underrated essayists writing today.

"Getting Plowed" was a big, splashy piece that earned us a lot of attention. It's an investigation into bid-rigging and violence in the Montreal snow-removal industry, and it came at the perfect time, just as concern about corruption in Quebec was reaching a fever pitch.

"Face the Music" could serve as a model for magazine feature-writing. Writing about tone deafness, Tim Falconer easily jumps between science, culture, and his own experiences as someone with "amusia." The result is a richly informative, eminently readable, pitch-perfect (har har) piece.

There are some humour pieces that still make you laugh every time you re-read them, and "Foul Mouth" is one. It's both hilarious and carefully structured, tugging the reader along to its absurd conclusion. Choice lines (nonsensical out of context of course—you should read the piece) include "Sometimes I think everyone is coming on to me in subtle, strange ways" and "A better definition: the audacity of hope."

"In Anna Karenina Furs" is a moving story of infidelity, and it owes its success in large part to its meta-narrative. Told through the lens of Tolstoy's famously unfaithful heroine, Susan Olding's memoir feels at once universal and deeply personal.