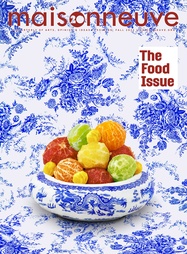 Eliza Niemi has a knack for details. On her full-length debut, Staying Mellow Blows (Vain Mina), the Toronto-based songwriter describes a series of vignettes that live and die by their specifics. Niemi’s narrator waits in line at The Beer Store with a lover who won’t last; she watches tea get cold while she should be sleeping; she finds freedom behind the handlebars of her bike. Through delicate instrumentals and narrative lyricism, Niemi stitches together a montage of life as a work-in-progress. Despite its title, the album largely consists of laid-back compositions fleshed out by an impressive roster of indie collaborators (Cedric Noel, Lauren Spear, Matthew Cardinal, among many others). The songs are built around gently strummed guitars, experimental cellos and melancholy keys. Small production moments highlight Niemi’s attention to particulars and her sense of humour. On standout single “Sushi California,” seagulls squawk as Niemi admits that she loves “a sinking ship.” Staying Mellow Blows is a record for slow and lonely days. By the end, Niemi’s narrator becomes a friend you want to call when you’re bored, to see what she’s been thinking up. She ponders death, bad vibes and questions as profound as they are mundane: “If each bite is new is it still the same fruit?” she asks. Good food for thought.

Don’t Trip (Forward Music), Lance Sampson’s second full-length as Aquakultre, was initially intended to be an EP, written as Sampson was falling for his current partner. Though the project grew as Sampson added more and more collaborators, that initial inspiration serves as a guiding light through the album. The thirteen tracks shine from top to bottom with the warmth of newfound love, desire and sheer joy. Don’t Trip luxuriates in itself in the best way possible, jam-packed with smooth R&B beats and gorgeous harmonies. Sampson captures the giddiness of early romance on album highlight “Lunch.” “Can’t wait to wake up with you and take you out to lunch,” he sings, turning the day’s most forgettable meal into a sweet treat, before Joolsannie drops by to sing the track’s catchy hook. On “Magic,” he reflects on his relationship with his father over a relaxed guitar riff. “Africvillean Funk” puts a contemporary spin on a seventies groove, invoking Sampson’s roots in the Black Nova Scotian community. Right up until the new jack swing closer “Karamel,” the party never stops—Sampson’s happiness is contagious, a gift for whoever happens to be listening.

PUSH (Ensoul Records) doesn’t sound like a debut EP. Montreal’s Tina Leon arrives fully formed as an artist, confident in her version of neo-soul and unafraid to let her powerhouse vocals shine. Leon already has a significant resumé as a vocalist, having collaborated with Stevie Wonder and worked as a backup singer on television. On PUSH, she channels that skill into a hard-hitting expression of strength and self-love. Borrowing from jazz and gospel, the EP’s five tracks are consistently full of life. Leon’s vocals are the star of the show, but she’s joined by slick basslines, jubilant horns, and on one track, a theatrical string quartet. The songs find Leon reflecting on relationship dynamics. On “Settlin,” she wonders if she’s accepting less than she needs; on “I Should Be Enough,” she asserts her worth. EP closer “Erase” begins as a slow jam before erupting into a funk chorus that calls to mind Wonder himself. The track ends on a bass solo that feels like it’s just getting going, building the anticipation for wherever Leon goes next.

Steve Bates—All The Things That Happen

Steve Bates first became interested in sound art when his father purchased him a shortwave radio. Fitting, then, that his full-length debut on Constellation Records, All The Things That Happen, feels like a series of noise transmissions. The nine-track album was written on the classic Casio SK-1 keyboard and then processed via a range of manipulating and distorting techniques. The results are layers of drone and noise that pulse, squeal and pierce to the core. Bates has a background in punk and hardcore. That familiarity with harshness translates well here, but All The Things That Happen also has striking moments of softness. “Destroy the palace” begins with crystalline chords. The first half of the amusingly titled “These problems are multiplied by the difficulty I have in front of a tape recorder” feels like an underwater reverie. Album closer “September through September” features a ghostly Hammond organ. Recorded in Chile, the song is a stunning tribute to musician and activist Víctor Jara, who was murdered by the Pinochet regime. Though wordless, All The Things That Happen carries an explosiveness and intentionality that can be easily understood as political—a vital interruption, from somewhere off in the distance.